How it was: Today in Yosemite Valley 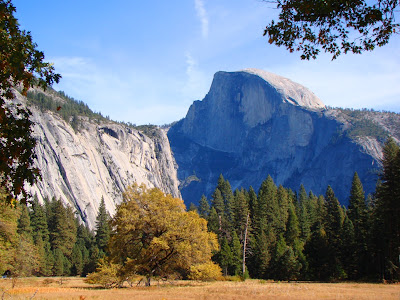 It was one of those treasured kind of days, the chance to explore Yosemite Valley. I was on the road with my students, and we got a great day of sun and fall colors (and quite a bit of geology, too). I lead with a picture of Half Dome along with one of the most beautiful trees in the world, an old elm in the meadow between the visitor center and Lower Yosemite Falls. 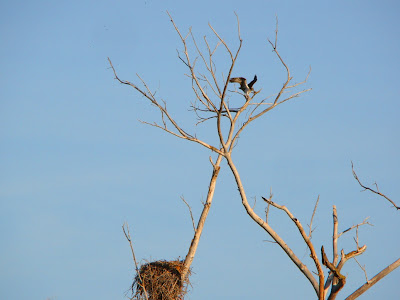 On a geology field trip, one does not just march into Yosemite (shades of Sean Bean and Mordor?). One has to be properly prepared. A trip from the Great Valley to Yosemite Valley involves passage through the Sierra Nevada Metamorphic Belt and a journey through time, back as far as the latest Proterozoic. We stopped along the Merced River several times, first to look at gold dredging tailings (and an osprey tending to a nest), and then to look at some incredibly contorted ocean-floor cherts of the Calaveras Complex. What a great mapping exercise for structural geology students! Of course, accessibility is a problem...these rocks are completely underwater for most of the year. 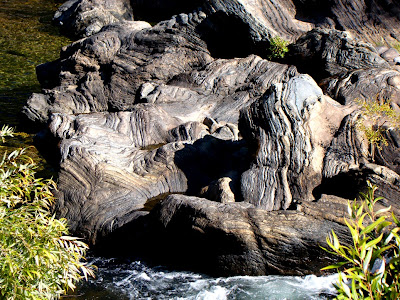 Then a stop at the famed Tunnel View, which is close to the spot where the first European-Americans discovered the valley in 1851. The local Miwok people discovered the valley thousands of years ago, of course, but that somehow seems to escape the attention of the historians (and really, why do we still celebrate Columbus Day?). 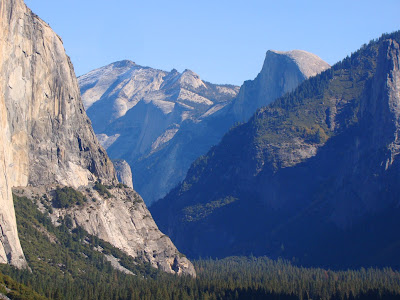 Fall is just getting going in Yosemite Valley. We had a rainstorm last week, so the air was clean and crisp. I often think that fall is my favorite time of year in Yosemite, with the vivid colors and sparse crowds (but then I visit in spring...or winter...or summer, and change my mind). 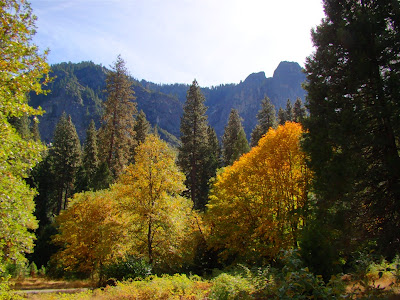 I gave the students a bit of free time with an appointment to meet at the upper end of the valley in a couple of hours. I set off across the meadows and over to the Merced River to have a look... 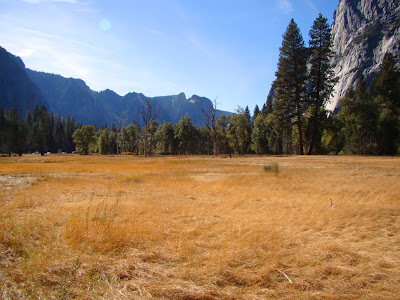 The Royal Arches and North Dome seemed little changed. This is not so true of Half Dome since the Ahwiyah Rock Fall in 2009 permanently changed the appearance of the iconic rock. 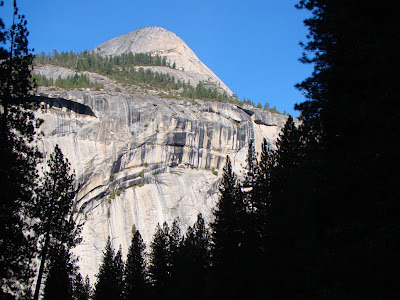 The deer were out in force, distracting my students, and me too... 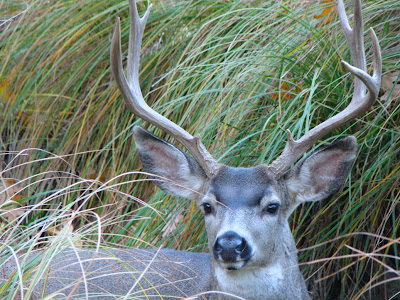 I walked across Sentinel Bridge to take in a view of Half Dome from a perspective that no one in the world has ever thought to photograph (ok, ok, everyone who visits Yosemite Valley takes this picture; but really, who can resist?). But it did give me an idea, after a moment's reflection. I set off towards Happy Isles along a new route...more on that next time. 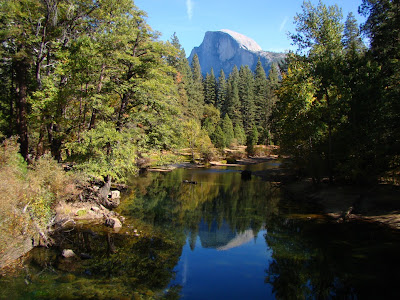 It was a beautiful day.
Posted by Garry Hayes at 12:11 AM

I am an undergraduate geology student at Ohio University. I just wanted to say that I have been following your blog for a short while now and I really enjoy your educational posts. I have never been further west than Chicago so reading posts from your field trips is fascinating to me. So, thank you so much for sharing! I am looking forward to my first trip out west during field camp in June.