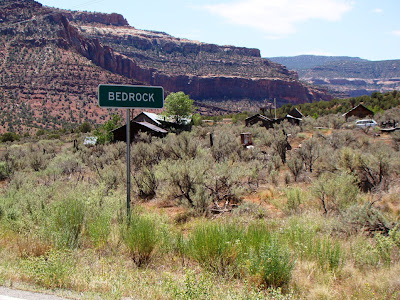 It's already almost the deadline for the Accretionary Wedge #51. Where does the time go? This month's wedge is hosted by Matt Herod at Geosphere, and the topic of the month is geology and poetry. Specifically: "In this wedge I encourage people to wax poetic about anything geological they would like, in any poetic style. Be it limerick, haiku or sonnet. Of course, you don’t have to write your own poem if that is not your thing. Find a geology/earth themed poem that already exists and explain why you like it and what about it moves you. So lets all connect to the bard hidden within us and slam out some great poetry!".

Geology and poetry aren't usually associated with each other, although the word "poetry" played a big part in one of the more important research papers of the 1960s: the Harry Hess paper that laid out the basics of sea-floor spreading and divergent boundaries ("History of Ocean Basins"). In his introduction, he referred to his work as "geopoetry", in that his ideas were speculative, but based on science just the same. He expected the confirming evidence would emerge later on, as it in fact did.

I'm not much of a poet, but my students have put together some great stuff over the years. One of my favorites appeared on my desk in my second year of teaching, back in 1990. I offer it as my contribution to this month's Accretionary Wedge...

The Ballad of Historical Geology by Vicki

Crumping, crunching orogenies
Adventure beyond compare
Transgressions, regressions, climatic extremes
If we could only have been there!

Or better yet, time lapse photography
To show us what occurred
From way back when in the Cambrian
When life forms were so absurd

Our list for field trips has expanded
We're poised, rock hammers at our side
Let's go find that Burgess shale
And some giant trilobites

Archimedes, archaeopteryx,
Let's go from A to Z
And collect all that we can carry
of every fossil family

Let's check out that iridium layer
In our search for ultimate truth
Or did the dinosaurs really die
From drinking tainted vermouth?

The text mentioned Lucy
But it did not discuss
Fred and Wilma, Barney and Betty
And their importance to us!

And where the heck is Bedrock
On Pangea I or II?
Could I get a map to go there?
If so I bid you adieu!

Well, Vicki...I found Bedrock for you in 2011. It's in the borderlands between Colorado and Utah in the Paradox Basin. The picture is above...
Posted by Garry Hayes at 1:54 PM