Up a Creek in Yosemite Valley, and a Wee Mystery For You...... 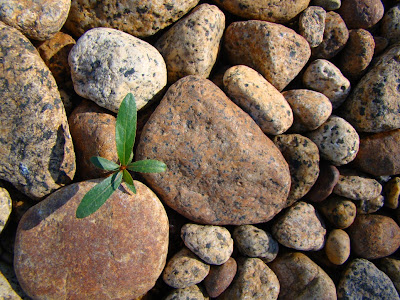 I was in Yosemite Valley yesterday, and it was just gorgeous. I was conducting a field trip for my earth science class (oh, the torture; a required field trip...to Yosemite!), but had a few moments as the class was making their way from one end of the valley to the other to see the effects of the 1996 Happy Isles rock fall. I decided to do something new, and follow the Merced River as much as I could from Sentinel Bridge to Happy Isles. 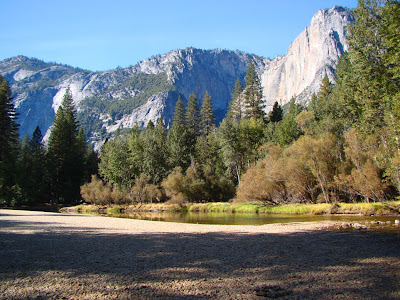 Following the banks of the river is not as easy as it might seem. Not so much from inaccessibility, since the valley is flat, but because decades of overuse has severely impacted the bank vegetation, and the national park service is trying to limit the trampling of grasses and saplings by closing off parts of the river to foot traffic. The problem isn't as severe in the river channel itself (the gravel and rocks are rearranged every time the river floods), so I was able to see quite a bit of new territory by staying next to the water. And...I practically had the river to myself. There were only a few photographers about.

It's not like I was exploring a virgin wilderness, mind you. The picture above was the wide beach in front of the Curry Village canvas tent village. Had this been a summer day, this spot would have resembled a crowd on southern California beach. But today it was deserted; the village is closed down, either for the season or for the hantavirus scare. 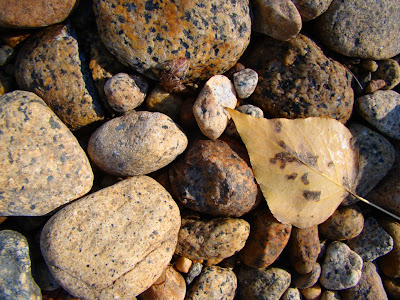 The beach is not so much sandy as it is pebbly. I enjoyed getting on hands and knees to see the plutonic rocks up close and personal. Although the rocks of the Sierra Nevada are described as "granite", it would be more correct to say that they are "granitic". A look at a geologic map of the region shows a variety of rocks that formed the same way that granite does (magma cooling slowly deep in the crust), but which have a variety of names based on the proportions of feldspar, quartz and dark iron-bearing minerals like biotite mica: diorite, quartz monzonite, granodiorite, tonalite, and gabbro. The "average" Sierra rock is more like granodiorite than granite. The area upstream of Curry Village is dominated by the Half Dome granodiorite, which at 86-88 million years is one of the younger intrusive rocks of the Sierra Nevada. 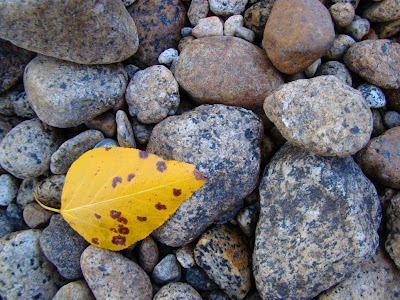 What is wrong with the following two images??? 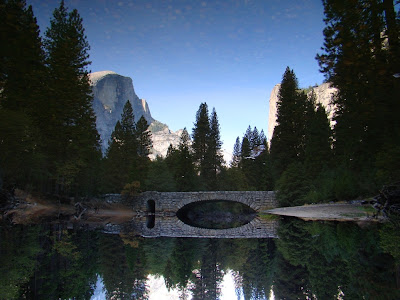 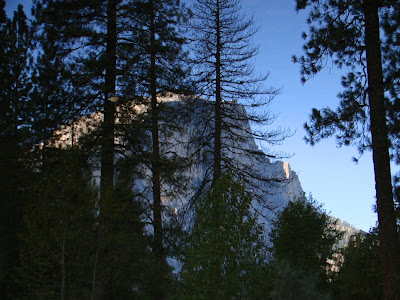 They're mirrored by a vertical mirror plane. Photo left is real right, and photo right is real left.

I need some time to reflect on my answer.

oooh, nicely done! =) Amazing shots. I like seeing pebbles in the sky...