A Break from the Drought, Sort of...Flowers on the Colorado Plateau 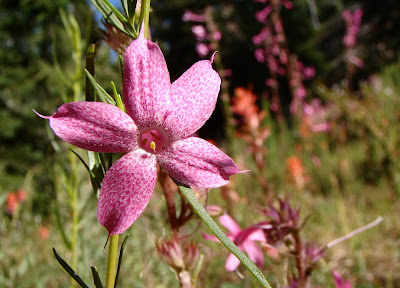 What a dismal year it has been...not in geology, but in the "overburden" that often hides the outcrops. The drought that is affecting so much of the country meant that wildflowers were notable for their absence in almost all my travels this spring and summer, whether in the Central Valley, the Sierra Nevada foothills, or the Colorado Plateau. It is kind of upsetting to realize that I spent two weeks in six states and took a grand total of two pictures of flowers...and both were in front of visitor centers where they had been watered. It really was that bad.

Last week we were in Arizona and Utah for a short sojourn, and we purposely headed for the handful of places where we thought wildflowers might have a chance of flourishing, even in dry times: the North Rim of the Grand Canyon (close to 9,000 feet), and Cedar Breaks National Monument (just over 10,000 feet). We were happy to see that at least in these islands of cooler weather that some flowers were blooming. 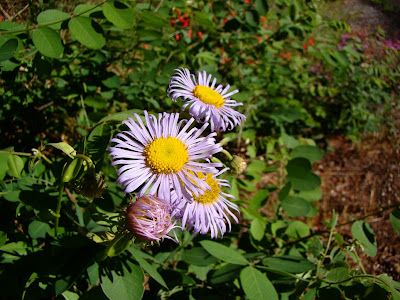 I also had a chance at long last to meet the Geogypsy, my blogging friend Gaelyn, a ranger on the North Rim. She sadly pointed out that the flower displays, while colorful, were not up to normal levels. Just the same, we enjoyed the rainbow hues of these little gifts of nature. 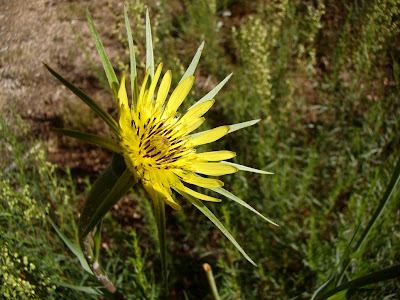 On the North Rim of Grand Canyon, there is a road that goes out onto the Walhalla Plateau, a mesa that extends far out into the gorge. There is a "Y" junction with roads to Point Imperial and Cape Royale. Driving through the junction, we saw a splash of color and just had to stop. We counted at least a dozen species of flowers in a few minutes. 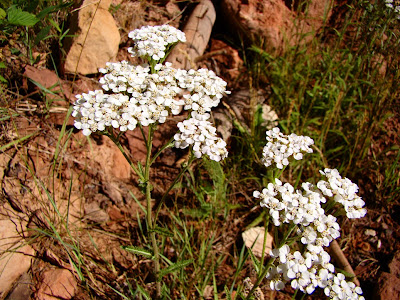 Of course, being who I am (lazy), I barely knew the identities of the majority. I guess that means there is about to be a bit of competition to see who can name the flowers accurately and quickly (come on, I identify rocks for just about anyone who asks!). 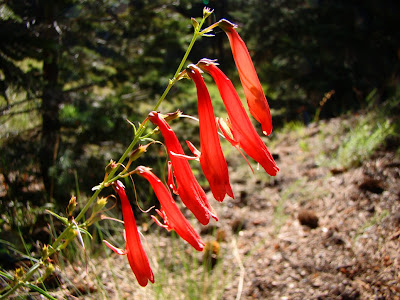 I had not been to Cedar Breaks National Monument in many years, and the rocks were spectacular as ever. I was a bit shocked by the beetle-killed trees, though. The bugs had an earlier start at Cedar Breaks; the infestation started killing the trees in the 1990s. It was not as terrible looking as the beetle devastation in central Colorado (and apparently Wyoming and British Columbia too) where millions of acres have been wiped out. The young firs are starting to come back after a decade and a half. 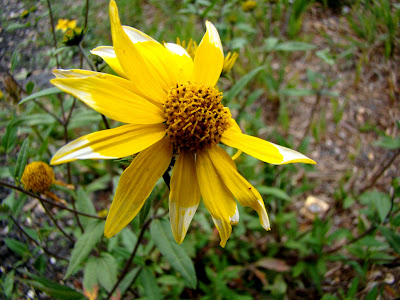 But denuded trees means more sunlight on the ground, so even with drier conditions, the flowers were quite beautiful. 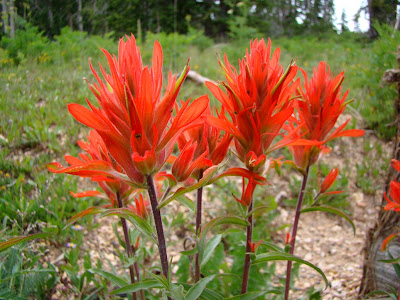 I hope the drought ends... 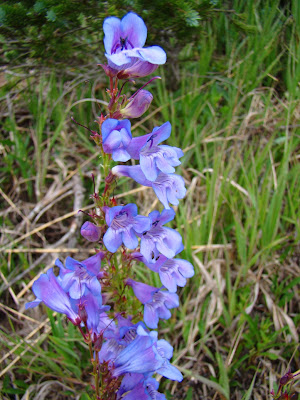 ...but I would feel better if the politicians would at least acknowledge that there is a serious problem with our climate, and that the parties could come together to lead us to solutions to the problems we have caused with our atmosphere and hydrosphere. 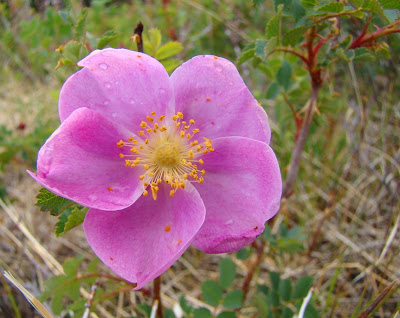 In the meantime, enjoy a splash of color!
Posted by Garry Hayes at 12:42 AM

#4 looks like Common Yarrow. #7 is Indian Paintbrush. #9 is primrose. The rest - no idea. I, too, am better at rocks. But my readers are always on top of mystery flora, so if any of these remain unidentified, I'll set them to work for ye.

Poor Southwest. I didn't realize it had gotten so bad. Argh, drought sucks.

Garry, I should have been on this trip.....you know I needed to go!!

You found one of the best flower spots at that junction.

Sure was great to finally meet.