The Other California: Cries from the Past

Continuing a web tour of Lava Beds National Monument, a place to go when you've seen all the postcard places...

Wounded Knee, Little Big Horn, Sand Creek. The relationship between the indigenous people of the Americas and Europeans has not been a positive one, to say the least. Battles and conflicts were fought across the country over centuries, and invariably the losers were Native Americans. The history of the California is no exception, and many tribes who lived in the state for thousands of years were annihilated, often without even memories of the people being preserved. Whole cultures simply went extinct, whether from warfare, disease or neglect. A story is preserved in one place at least, at Lava Beds; a last stand for the culture and livelihood of the Modoc people, in 1872-1873. 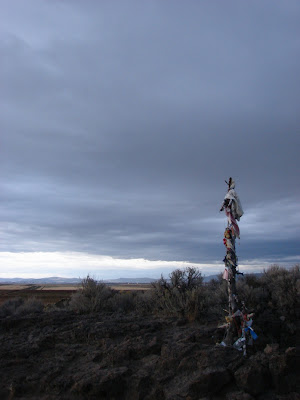 The Modoc people had lived in the Klamath Falls-Tule Lake region from time unremembered, and made first contact with Europeans in the 1840's as settlers arrived on the Oregon Trail. Relations between the cultures were rocky and sometimes violent, and eventually the Modoc people were forced to move to the reservation of their ancestral enemies, the Klamath people. After several years of intolerable conditions of neglect, some of the Modocs left the reservation and returned to their homeland on the Lost River near Lava Beds, led by Kientpuash, known to the settlers as Captain Jack (picture below). 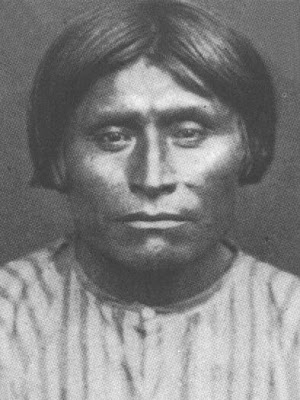 The hostilities began on November 29, 1872. On that day, the U.S. Army tried to round up the Modocs at their Lost River encampment, north of Lava Beds, in order to return them to a reservation in southern Oregon. Shots were fired, both sides suffered injuries, and the Modoc people fled south, led by Kientpuash. A separate party, led by Hooker Jim, went on a rampage, killing 14 settlers. The bands made their way by canoe and horse to the site that came to be known as Captain Jack’s Stronghold. The band included 53 men of fighting age, and about a hundred women, children and aged Modocs. 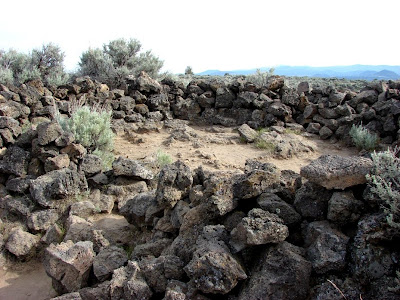 The Stronghold was the site of two major battles and a long siege by U.S. troops and militia of the small band of Modoc peoples during the long winter.

The conflicts that took place on this barren surface reveal much about the need to take into account the geology and geography of the battlefield. Although outnumbered at least ten to one, the Modoc warriors were able to take advantage of the landscape to execute their defense, and in the two major battles that took place, they inflicted many casualties on their opponents while suffering very few among themselves. During the January 17, 1873 conflict, the attacking army did not kill or injure a single Modoc warrior, while suffering 37 casualties, including 9 dead. 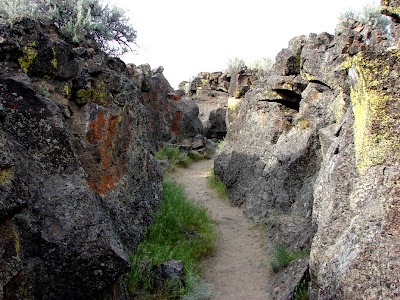 The Modocs could hardly have chosen a better spot to make their stand. The trail through the stronghold reveals a series of schollendomes (pressure ridges) and scarps that almost completely encircled the Modoc encampment. The fractures and fissures along the tops of the schollendomes were natural trenches that allowed quick access to any point along the defensive perimeter, and the Modocs had an excellent view of the flat open landscape that the U.S. Army had to cross in order to attack. In addition to defensibility, the stronghold included access to water and food along the shoreline of Tule Lake, a natural corral where cattle could be kept, and lava tube openings that provided shelter for the Modoc families. 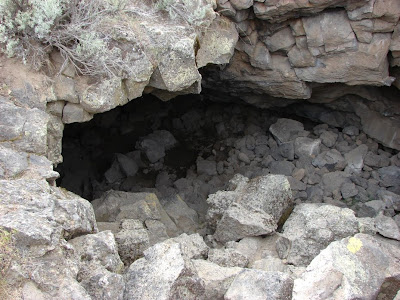 Another advantage of the site was the presence of an escape route. After suffering a long siege and cold winter, the Modoc people prepared for another assault by the Army, now numbering more than 700. On April 11, during a peace parley, the Modocs shot and killed General E.R.S. Canby, in the hopes that by killing the Army’s leader, the soldiers would go away. The opposite occurred, and on April 15 the Army forces began bombarding the stronghold and advancing past the outer perimeter of the Modoc lines. After two days of attack, with 6 dead and 17 wounded, the Army poured into the stronghold to find…no one. On the night of April 16, the entire Modoc party, 160 men, women and children, along with dogs and horses, had deserted the stronghold, moving south along a smooth area of the lava flow, only a few hundred meters from some of the Army encampments.

Despite their successful escape, the Modoc people were now caught in the open, and it was only a matter of time before they were captured. Within a few weeks, Hooker Jim betrayed Captain Jack’s location in return for amnesty. Ultimately the Modoc people were moved to Oklahoma, and Captain Jack, along with three others, was hanged. The last major conflict in California between the U.S. Army and the aboriginal peoples was over. As the park brochure notes: “The cultural identity of an entire people was lost here…so settlers could graze a few cows”


About 200 Modocs remain in Oklahoma, descendants of seven of the survivors of the war, and about 500 Modocs still live in Oregon. The Modoc people returned to Lava Beds in 1990 for the first time in 117 years to perform ceremonies on their ancestral lands, and now do so yearly.


Aaron Waters (1992) has provided the most detailed account of the geology of the battlefield (Figures 5 and 6). A double-looping trail provides a choice of routes through the stronghold, one of 0.6 miles (1 km) and one of 1.1 miles (1.8 km). Either route reveals many interesting aspects of this unusual and tragic moment in American history, when a small band of Modoc people resisted a much larger force of U.S. soldiers.
Posted by Garry Hayes at 7:34 AM

Beautiful write up, thank you!

We visited the lava beds last summer and can't wait to return. Do you know if the park is open this time of year?

Thanks for the comments! Lava Beds is open all year, and in fact it is the only time anyone is allowed to visit Crystal Ice Cave.

Oh, thank you for the prompt and informative response! I'm hoping we can go this weekend, fingers crossed.