Time for the Topographer's Challenge! What Peak is this in Yosemite National Park? 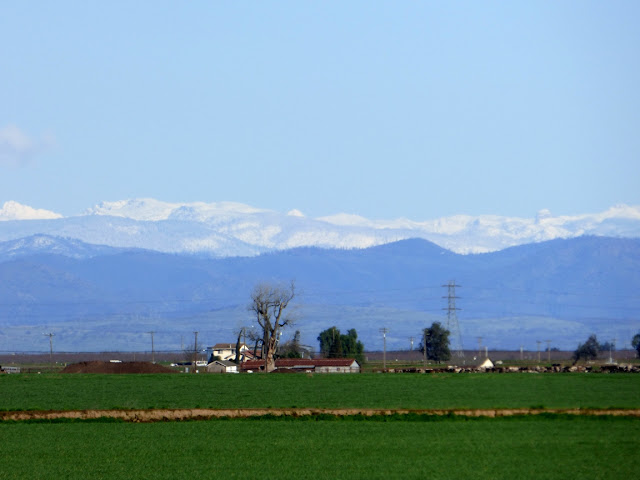 Actually, I want your help here. I don't know the peak with the vertical flank on the right side of the picture above. I took this shot yesterday from near the intersection of Wellsford and Milnes Roads between Modesto and Waterford. I was looking east or just north of east when I got the shot.

The thing is this. There's an intense discussion on a facebook post (see it here), with some strong opinions that it is Half Dome. I don't think it is, because I've photographed Half Dome from the valley on a number of occasions (here, here and here), and it just doesn't have this kind of topographic prominence from the peaks that surround it. I also can't related to the peaks that should be around it, like Clouds Rest, and Sentinel Dome. 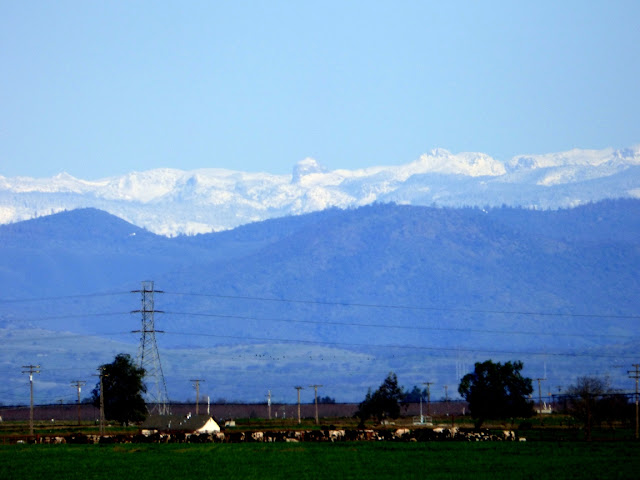 But I'm left with this. If it isn't Half Dome, what peak is it? I think it's north of Yosemite Valley, and I think that the white peak on the far left of the first picture above is Mt. Conness. Could it be Mt. Hoffman? Anyway, your expert guidance and half-formed opinions are equally welcome!

I looked around on GE. Definitely not Half Dome. Hard to say what it is, though.

Drawing a line from that intersection on Google Maps I think it's Mt. Clark.