Treasures From the Earth in the Great Valley: What the heck was living here? 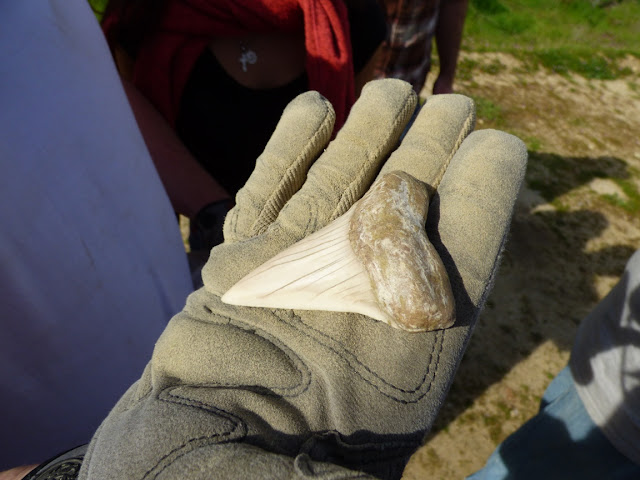 Standing on a barren hillside east of Bakersfield, one looks over a dry landscape peppered here and there with oil drilling rigs. Because of the recent rains, the grass is green, but roasted brown is normal for these badlands. It's hard, standing in this desert, to visualize that this was once a shallow sea, a sea that was filled with life. 15-16 million years ago, there were ancient species of clams, snails, fish, rays, sharks, dolphins, seals, sea lions, and whales. The nearby coastal plains were populated with horses, camels, primitive species of elephant, and predators who were the ancestors to today's large felines and canines. 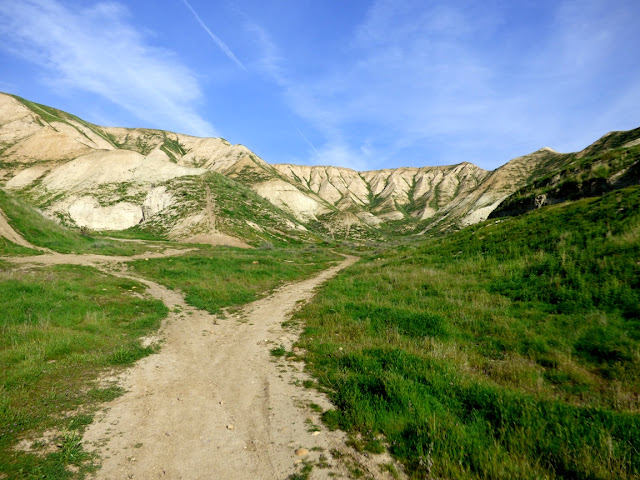 The Great Valley began existence as a forearc basin between the volcanic range of the Ancestral Sierra Nevada, and the vast Cascadia trench and subduction zone that formed the western boundary of North America for much of the last two hundred million years. The shallow sea collected sediments from the rising mountains, and the basin floor subsided beneath the weight of the strata. Ultimately, the sediments in the basin reached a thickness of ten miles in the area around Bakersfield. Since a great deal of organic material was present in the rock, oil and natural gas accumulated in traps beneath folds and faults. 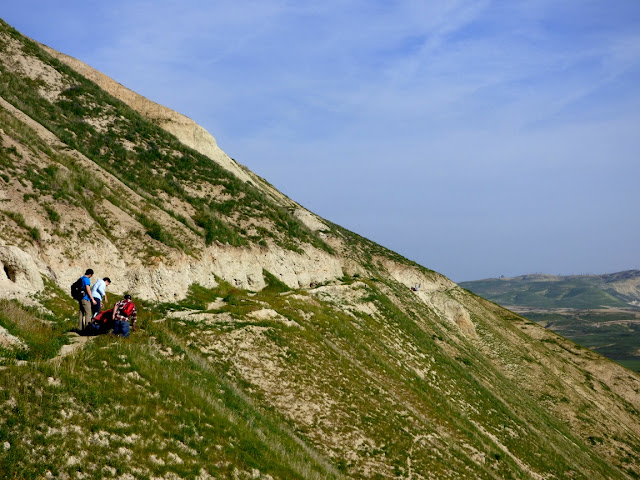 The are a few spots were animals died in profusion, or where their carcasses accumulated. One of these is exposed at Sharktooth Hill, a privately owned area where a layer, the Round Mountain Silt, included a 3-4 foot thick horizon full of fossils (collecting is allowed with a fee). A few other slopes provide the occasional sharktooth or bone fragments. The origin of the plentiful fossils has long been a source of speculation. Some of the most reasonable explanations involve "red tides", accumulations of algal toxins in the food chain, and turbidity currents, which may have gathered carcasses in specific areas of the seafloor. 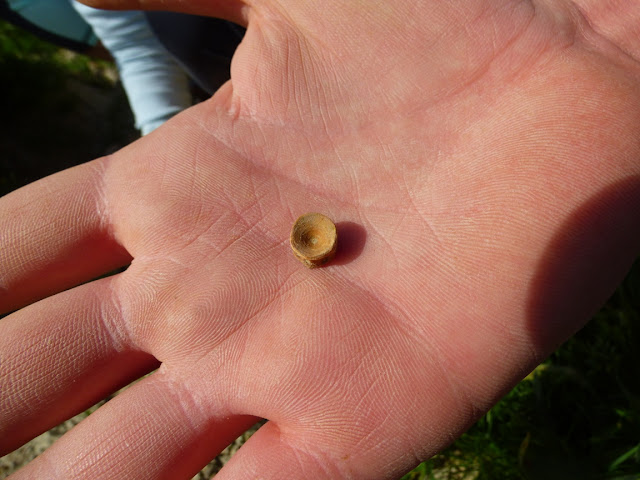 There's no experience quite like finding a fossil for the first time. What child hasn't dug in his or her backyard in the hopes of finding prehistoric creatures? The small bit of fish vertebrae or the diminutive shark tooth might well be a Tyrannosaurus rex skeleton for all a student is concerned. It's a good way to start a field studies course. 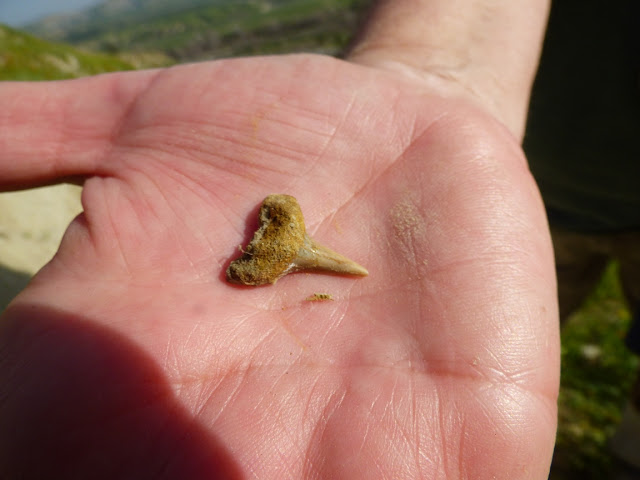 We didn't find that gigantic tooth at the top of the post, by the way. There are folks who spend days and weeks digging in the ground for specimens. We met a gentlemen who has worked the site for three months. The tooth may very well be from a Carcharodon megalodon, the legendary Great White Shark relative that reached lengths of as much as 60 feet (18 meters). And no, they don't still exist in today's oceans, despite what the Discovery Channel tells you. Isn't a Great White enough in terms of terror?
Posted by Garry Hayes at 10:05 PM

The Ernst quarry site seems to be down. I found a museum that hosts dig days. $85/day? Tell me you got a discount.

I got their site at http://www.sharktoothhillproperty.com/history.htm . One is probably better off at finding things at the paid sites, as the deposits are richer. There are a few hillsides near by, but findings are usually sparse.