Traveling in the Way-Back Machine: The Great Valley as it once was... 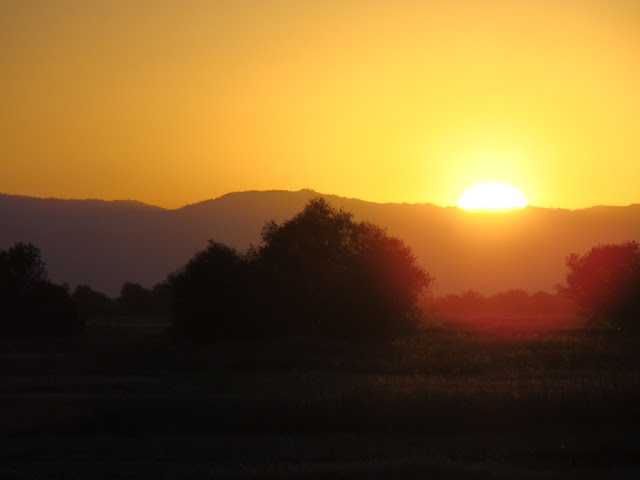 Sometimes the interesting revelations just happen. I haven't kept up with the America's Never Never because I was out of town doing something really strange: relaxing. As you might guess from the previous post, we spent a couple of days on the Big Sur coastline simply reveling in the cool air and enjoying a couple of beaches we had never visited before (more on them in later posts). The big surprise happened as we were leaving town: we got caught in a time machine and were transported a few hundred years into the past. 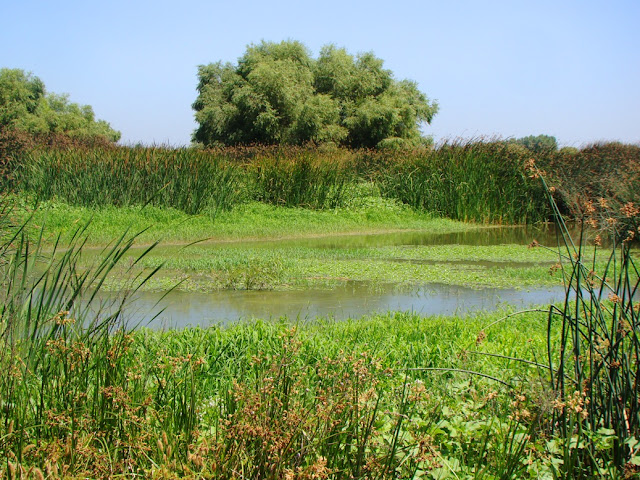 California's Great Valley is one of the most important agricultural regions on the planet. I've lamented a few times on the dreariness of living in the dust, the chemical pesticides, the fertilizers, and the horrible economic conditions (we still have poverty and unemployment at perhaps twice the national rate). But most of all I lament at how much we have changed the landscape, and co-opted the native environment and bent it to our own needs and desires. The California Prairie-lands barely exist anymore. When I've written on them in the past, I've explored the edges, the Sierra Nevada foothills where the soils are poor and therefore undeveloped except as grazing lands. In the interior parts of the valley, though, little of the original landscape remains, less than 5%. 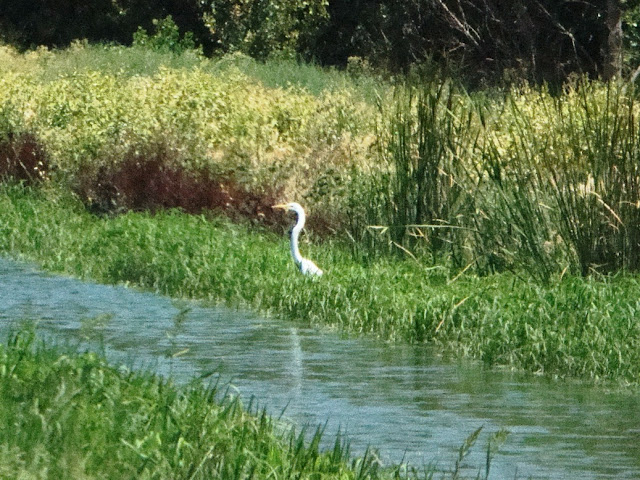 On our way to the coast, we discovered that it isn't all gone yet. Our route, Highway 165 south of Turlock, took us through the San Luis National Wildlife Refuge. The preserve covers 26,000 acres of San Joaquin River wetlands, grasslands, and vernal pools. We've always been in a hurry before, but not on Sunday. We saw a sign for an auto-tour route through part of the refuge, and we pulled off. 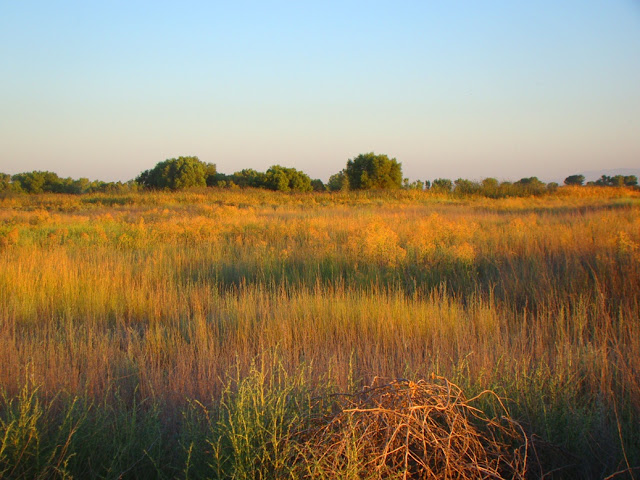 It truly was taking a time machine into the pre-European invasion of the Great Valley. The scene was peaceful, where the cacophony of bird calls almost drowned out the distant noise of highway traffic. One could look past the grasslands to the distant Coast Ranges and get a feel, if only for a moment, of how the valley once was. We actually stopped at the refuge twice, at mid-day on Sunday, and at sunset on Tuesday. 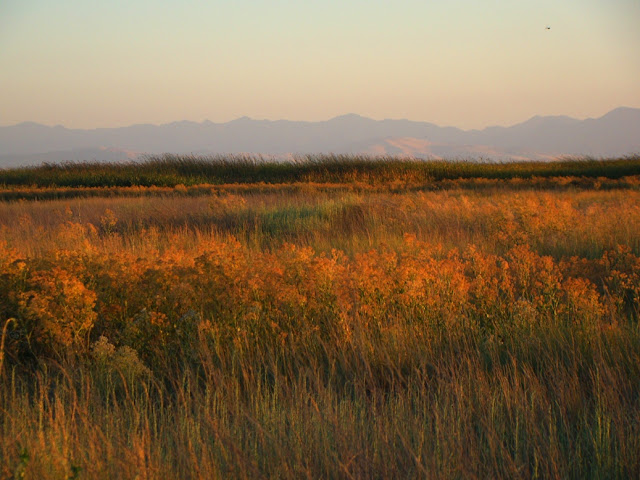 It would not be correct to say that we were standing in the middle of a pristine wilderness. Much of the land we were exploring was probably used for grazing and planting in the past. Many of the grasses are no doubt invasive species. And the water flows are managed. The administration of the wildlife refuge is attempting to maintain the wetlands and increase their area to reclaim a portion of the vast migratory flyway of California that has been co-opted in so many other parts of California. They are trying to restore some semblance of balance to the local ecosystem, because it has influences that stretch for thousands of miles from Central America to the Arctic. Untold millions of birds (and numerous other species in the ecosystem) are affected by our choices. 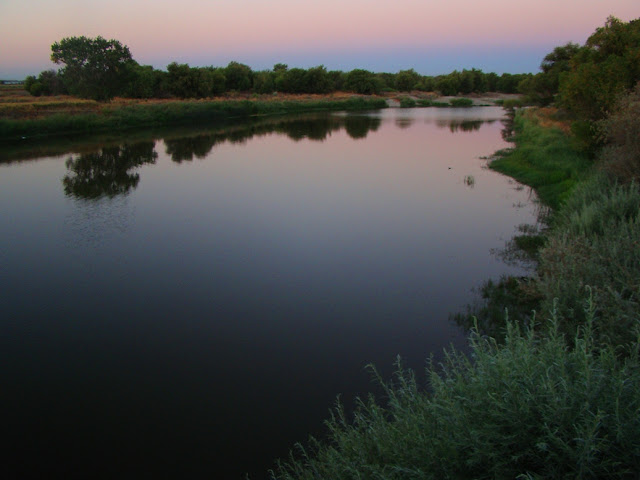 The heart of restoring this landscape is the San Joaquin River. For decades, long stretches of the river on the floor of the Great Valley were dry because of upstream diversions for irrigation. The last few years have seen a restoration of minimum flows of the river through the refuge, in part to reclaim wetland environments, and an effort to restore salmon habitat. It was good to see a river at work again for something besides an agricultural baron. 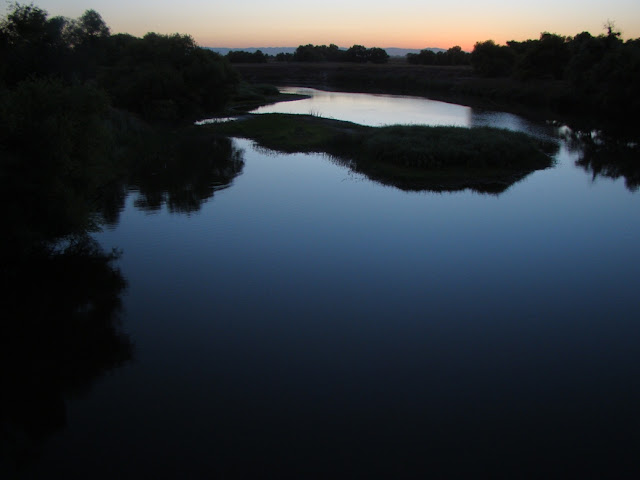 We'll be back. There are several other auto tours, including one that offers possible views of a tule elk herd, and a number of hiking trails. It's always a pleasure making new discoveries in one's back yard!
Posted by Garry Hayes at 10:58 PM