Out in America's Never Never: Getting There


A journey into the Never Never of America has to have a beginning in the green lands. From our base in the fertile Central Valley, we traveled through 200 miles of irrigated farmlands. They would be part of the desert were it not for a massive water project drawing water from northern California. We crossed the Sierra Nevada at Tehachapi Pass and continued into the Mojave, a desert that exists because of the rain shadow effect. Pacific storms are wrung dry by the imposing walls of the Coast Ranges, Sierra Nevada and Transverse Ranges.

The western Mojave could hardly be mistaken for wilderness outback. Los Angeles has spilled over the mountains, with hundreds of thousands of people living in towns like Palmdale and Lancaster. Power lines and railroads crisscross the desert, as well as numerous paved highways.

We made a short stop at the massive open pit mine at Boron, one of the world's largest sources of borate minerals. The mine, operating since the 1920s, is now 500 feet deep, a mile long, and half a mile wide. A visitor center perched on the edge provides a marvelous view of the operation. 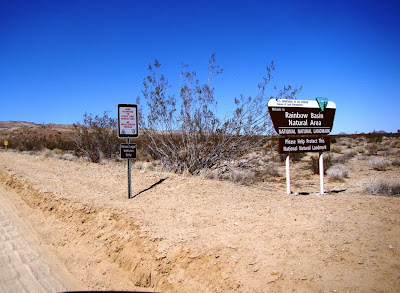 As we continued eastward, the trappings of civilization began to fall away. Barstow is a crossroads town of just over 20,000 people. At the north end of town, a road provided access to Fort Irwin (eerily accompanied by a lot of white crosses from traffic fatalities), but our route took us on a side road to Rainbow Basin. 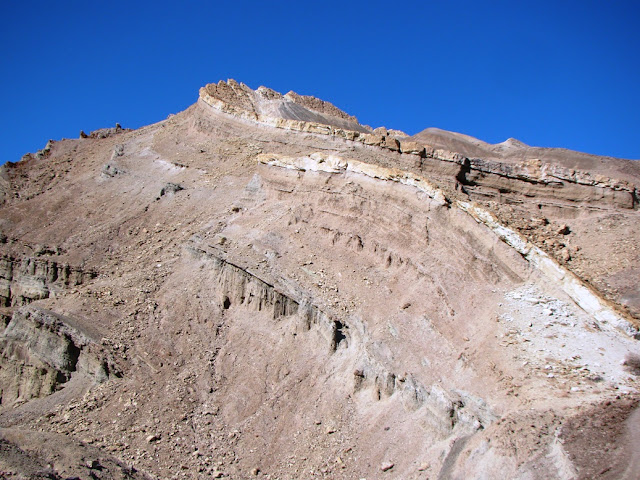 19 to 13 million years ago, the Barstow region was not a desert. It was a savanna, with wandering streams and ephemeral lakes. The grasslands included groves of palm trees, and numerous grazing animals that were the ancestors to the elephants, antelope, horses, and camels that are familiar to us today. The grazers were preyed upon by a collection of primitive canines and felines, as well as amphicyon, a large carnivore that can visualized as an ancestor to the bears and dogs. The sediments that collected in the isolated basins accumulated to a depth of more than 3,000 feet, with a brightly colored assemblage of freshwater limestone, sandstone, siltstone, conglomerate, along with a series of volcanic ash layers that made it possible to date the formation. 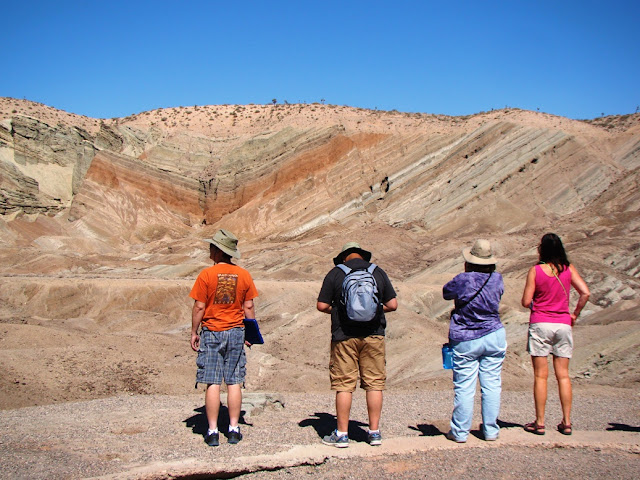 The layers were later caught up in the deformation that began as the San Andreas and other faults warped and twisted the crust. In the center of Rainbow Basin, the Barstow Formation was deformed into a textbook example of a syncline, a downward pointing fold in the rocks. This is the syncline I wrote about a few weeks ago. I used the outcrop as an introduction to basic stratigraphic principles, and the students sketched the relationships, and outlined a sequence of events to account for the scene ahead of us. Here is the sketch as I would have done it... 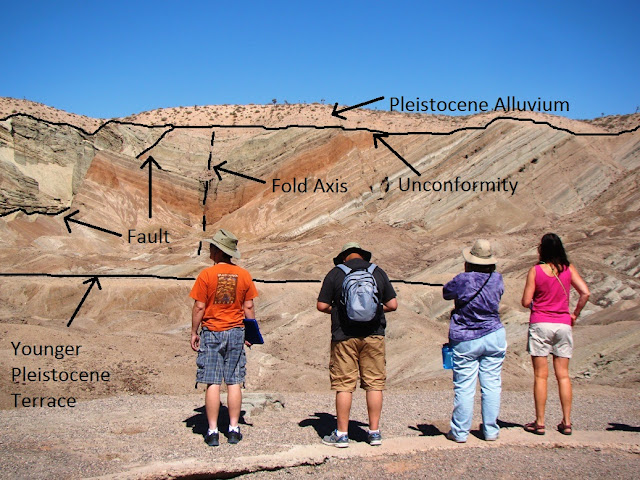 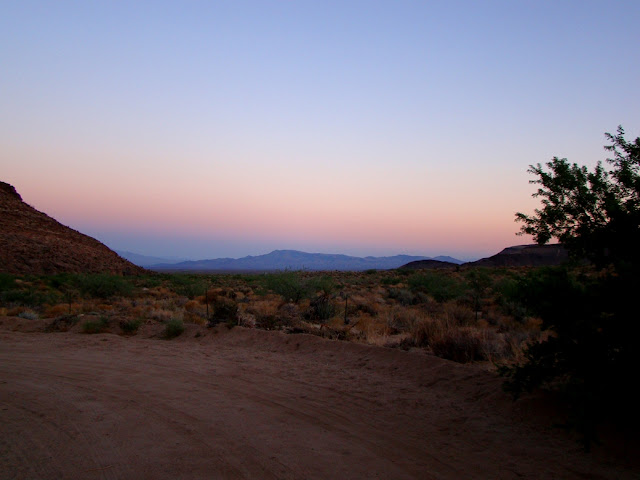 We headed east from Barstow on Interstate 40, and all evidence of civilization disappeared, with the exception of the narrow strip of pavement we were following. The desert spread out for miles in every direction. As the sun disappeared beneath the horizon, we made the turn north to Hole in the Wall within the Mojave National Preserve, a national park for all intents and purposes except for the right of a few to shoot wild "game". When the vans were parked, the silence was striking. We had reached the land I'm calling Never Never. 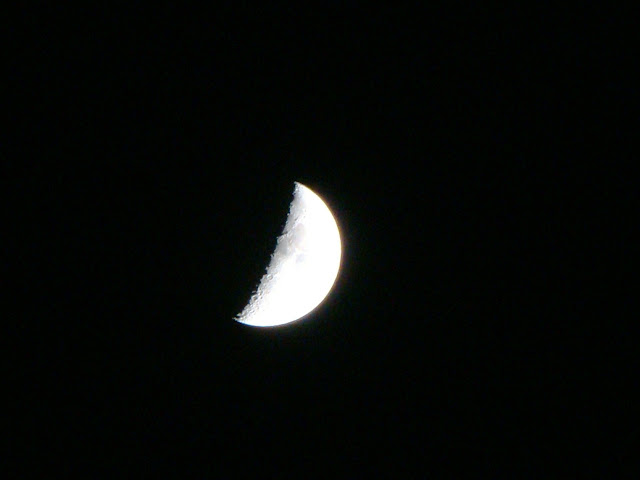 For the first time in many months, I just stared at the sky. Early on, the sky was dominated by the quarter moon, but later, when the moon had set, the sky filled with stars. I did a time exposure over Woods Mountains... 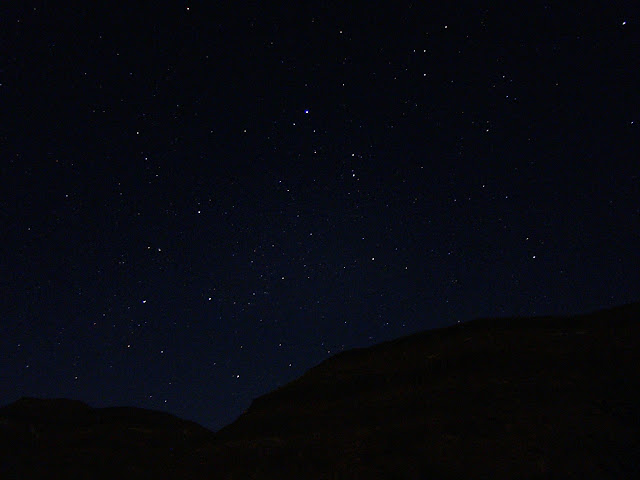 It was a beautiful and peaceful night, the first for me in a long time. It was dreamtime.