There Will Be Signs: This Month's Accretionary Wedge!

This month's Accretionary Wedge, sponsored by Evelyn Mervine at Georneys, is on the subject of geology-related signs. The subject is a good one, and it rang a little bell in my memory circuits; I remembered doing something on signs a LONG time ago, during the early Mesozoic era of geo-blogging, circa 2008. I did a little digging and came up with this post from March 6, 2008 (only two months after starting Geotripper): 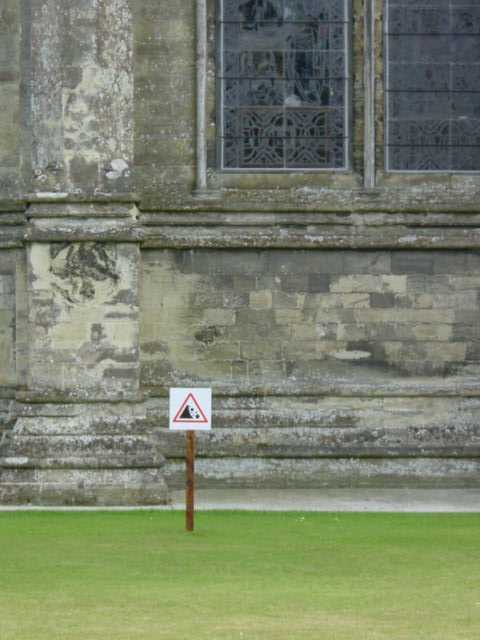 Soon after posting a few death-defying pictures, Julian at Harmonic Tremors posted an additional photo of an "Unsafe Rock Area" (Danger danger danger! ), which brought to mind two of my favorite geology-related caution signs...the picture above is a sign warning of falling rocks at the base of a 400 foot "cliff" in southern England called Salisbury Cathedral! 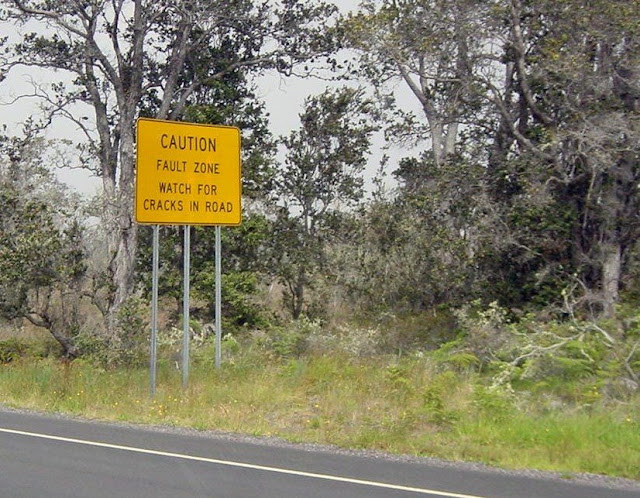 The other sign may be familiar to travelers at Hawaii Volcanoes National Park. Just in case anyone feels uncomfortable passing such a sign, the park was kind enough to announce.... 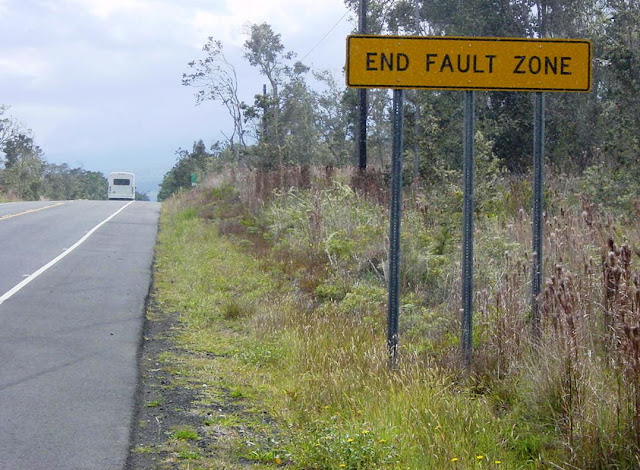 2013 addendum: I later found out that the "fault zone" in question suddenly split open a decade or two ago (in front of a geologist), and a short episode of lava extrusion and flow ensued. Then it stopped and has been quiet since.
Posted by Garry Hayes at 8:28 PM