Throwing the Baby Out with the Bathwater: The Serpentine Issue in California

State senator Gloria Romero, defending her sponsorship of a bill (SB 624) to remove serpentine as the state rock of California, was quoted as saying: " “This bill is about raising awareness to protect the health of our citizens. Serpentine contains asbestos, a known carcinogen. Toxic materials have no place serving as emblems for the State.” 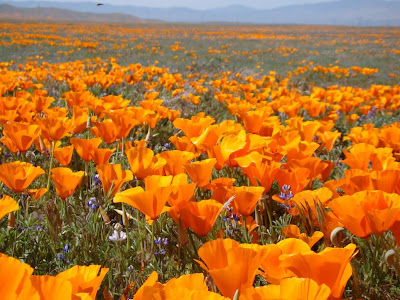 Consider some analogies: California Poppies, our state flower, contain some morphine and codeine, the raw materials for making heroin, an illegal drug. Therefore “This bill is about raising awareness to protect the health of our citizens. California Poppies contain morphine and codeine, illegal drugs. Illegal materials have no place serving as emblems for the State.” Let's get rid of poppies as our state flower. 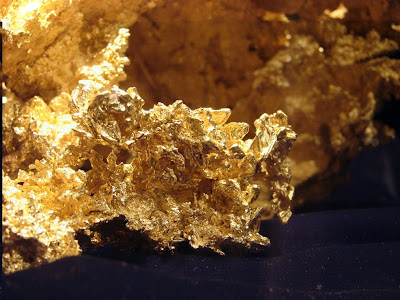 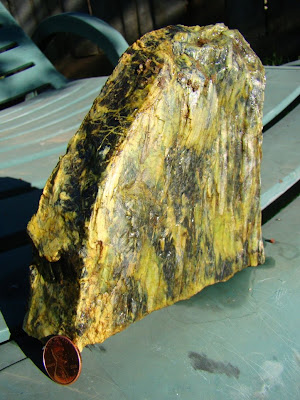 I've been on this topic for a week now (see here and here), and Silver Fox has a nice review of the many factual problems in the actual text of the bill (serpentine is not asbestos; it may contain an asbestiform crystal habit, but so do five other minerals, and it is they which are most implicated in causing disease), as well as a review of geobloggers who have been discussing the problem. Also, check out Andrew Alden's take on this at About Geology.
I do not want to belittle the problem of asbestos, lung cancer, and mesothelioma. These are serious enough issues, but going after serpentine is misguided, and I believe, actually hurting the effort at raising awareness of the connections between the two. The fracas going on today will be over, and in another month no one will remember the issue. But any child studying the state symbols over the coming decades will discover an interesting rock, but also the connection to asbestos and disease.
They're throwing the baby out with the bathwater, and since it has already passed the state senate, I fear they may succeed. If you are concerned about this, and you're in California, call your assembly representative or Governor Terminator with your views.

Excellent post! Sorry I moved, if it would help.

There is some evidence for an actual connection between the rock serpentinite and mesothelioma, not just studies on the mineral chrysotile and meosthelioma.

I certainly agree that chrysotile can be dangerous. But the backers of the bill are conflating serpentine with tremolite in the bill itself. The structure of the chrysotile fibers makes it less dangerous than others. Not only that, mercury is mined from serpentine deposits. I disagree with removing it as the state rock because of what we can learn from it, both positive and negative. Thanks for the info on the studies!