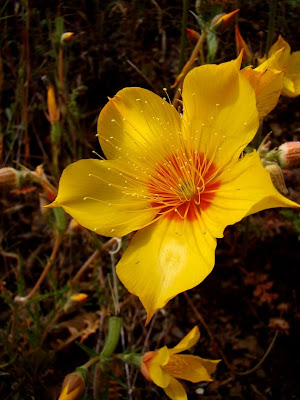 An analysis of factual errors in Senate Bill 624. Legislators in the Assembly need to hear this in the coming week!

Summary: Senate Bill 624 seeks to remove serpentine as the state rock of California. The language of the bill includes statements about serpentine that are inaccurate. Some argue that if enacted into law these statements could be legally actionable. This bill has not received the appropriate and necessary scrutiny that is needed to produce scientifically accurate and binding statements of law. Unless there is a transparent and complete investigation of the implications of the language of the bill, the legislature should consider tabling or voting down Senate Bill 624.

The current state rock, serpentine, is not the cause of mesothelioma in the state of California or anywhere else. Serpentine is an interesting and valuable rock that has an important role in education about California history, geology, biology, and environmental science. Chrysotile asbestos is sometimes found in serpentine. It is human use and abuse of asbestos in its many forms that has exposed people to the dangers of the material.

Statements from the bill are shown in bolded text below.

SECTION 1. The Legislature finds and declares the following:

(b) Serpentine contains the deadly mineral chrysotile asbestos, a known carcinogen, exposure to which increases the risk of the cancer mesothelioma.

This statement makes an improper connection between serpentine and mesothelioma. Exposure to serpentine does not cause mesothelioma. Mesothelioma is caused by exposure to any of the six forms of asbestos, and the vast majority of cases are related to workplace environments, not natural ones. Chrysotile asbestos is sometimes found in serpentine, but serpentine is not asbestos, and as such, should not be branded a known carcinogen in legislation. The use of the word “deadly” in the legislation is inflammatory.

(c) California has the highest rate of mesothelioma deaths in the nation.

This statement is factually and scientifically incorrect. The rate of mesothelioma deaths in California is 11.0 per million residents, according to the Centers for Disease Control (1999-2005). This number is slightly below the national average of 11.7 per million. In states like Maine, Wyoming, West Virginia, Pennsylvania, New Jersey and Washington, the death rate exceeds 20 per million residents. California has the greatest number of deaths, but that is a simple function of having the greatest population of any state.

(d) California should not designate a rock known to be toxic to the health of its residents as the state's official rock.

This statement is factually wrong. Serpentine is not toxic. A mineral that is found in the rock, chrysotile, in its asbestos form, has been shown to be dangerous when improperly utilized. Almost any rock contains ores that can be dangerous, including the ores that produce gold, our state mineral. It is the role of state and national regulatory agencies to identify areas that might contain dangerous minerals, and practices that might expose people to hazards, and regulate those activities. Numerous laws already exist that regulate the exposure of citizens to asbestos materials.

There is an appropriate place for discussing the dangers of asbestos, and how the state can best protect its citizens from dangerous exposure levels. A bill to remove the designation of serpentine as the state rock is not the appropriate venue, and is instead a detriment to proper education about asbestos.

Today's picture: a yellow flower growing on serpentine soils in Del Puerto Canyon. Someone help me identify it! I'm a geologist, not a botanist!
Posted by Garry Hayes at 6:20 PM

I heard about your blog from yosemiteblog.com a few months ago and have been enjoying it ever since. Thanks for all the work.

The flower looks like Blazing Star. Mentzelia crocea is the variety I've seen; it grows on the Hite Cove trail. I'm not sure what variety of Mentzelia would be growing in that area, but I'd guess Mentzelia lindleyi. Maybe there's a botanist lurking here who can tell you.

Thanks for the flower ID! That looks about right, Blazing Star.