Is Climate Change a Scientific Controversy? 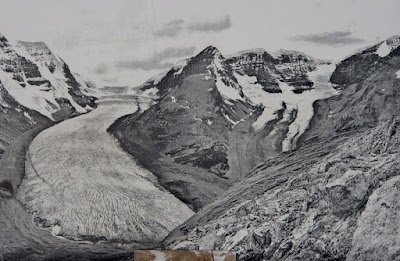 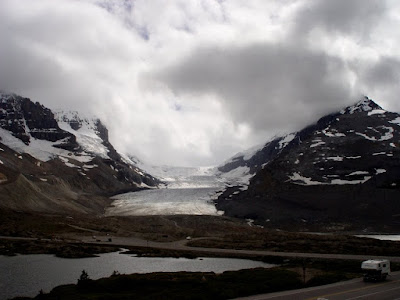 Retreat of Athabasca Glacier in the Canadian Rockies, 1919-2005 (photos from different angles, but most of the foreground of the recent picture was covered by ice in 1919)

In my previous post, I made some comments on a report that I hadn't read on dinosaur extinctions, and had some questions instead about the researchers (41 of them) who had produced the paper for the journal Science. Bryan at In Terra Veritas gently suggested that the sheer number of authors might be a form of appeal to authority, that is, if enough experts/famous people/authorities say it, it must be true. An appeal to authority in philosophical circles is considered a logical fallacy in many circumstances, and in science this can include situations where a scientist makes a fallacious claim because he/she has a financial stake in the outcome (a new medicine works really well, for instance, or cigarettes don't cause cancer). On the other hand, the citing of peer-reviewed research is an appeal to authority that is considered a proper form of evidence in a scientific debate.

These thoughts were tumbling about in my mind that I ran across two interesting lists (via Daily Kos and the Wonk Room at Think Progress) that represent a sort of appeal to authority. It involves global warming and climate change, and the question of the role of humans in the rising temperatures that are beginning to overwhelm ecosystems across many parts of our planet. The news media have been in the practice of presenting the controversy as a scientific one. Is it? Is there no real consensus between scientists? The first of these is a list of organizations, not just individual scientists, who accept the evidence that global warming is a human-caused phenomenon requiring action (bear with me for the length of the list):

One could add to this list, of course, Senator James Inhofe, Sarah Palin, Rush Limbaugh, Glen Beck, and all of the other "climate scientists" in the Senate and in political theatre. The next time climate change is presented as a scientific controversy needing a balanced response by the "other side" of the issue in the mainstream media, consider who has the short-term financial interest in the political outcome. And consider who stands to lose in the long run, as the glaciers continue to melt, sea level continues to rise, droughts continue to devastate vast regions, and agricultural production is disrupted.
Posted by Garry Hayes at 11:54 PM

Garry Hayes, please read wattsupwiththat.com with an eye to the science and you might not choose to stay blinded by the money that has subverted scientific organizations. Check the International Society of
Physicists, the Royal Society of Physics, and the Royal Society of Chemists (names might not be exact). Check on how much of the IPCC reports depend on peer reviewed literature. Check on the obfuscation of science and the scientific method by CRU, NASA, GISSTEMP, NCDC, etc. and the eay they are cooking the books (adjusting the raw temperature data).
Geologists in particular should be most knowledgeable about the tremendous natural changes our Earth's climate continues to "cycle" through. Check on the physics of CO2 and I think you will notice that the science is not settled. Finally, follow the money -- See Joanne Nova's recent blog.

I write this because I recently found your blog and enjoy it greatly. Please attend more carefully to the science, however.

Jeanette, thanks for your comment, but you miss the point. I attend very carefully to the science. You have to ask yourself who stands to profit from discrediting the vast majority of climatologists who accept the evidence that global warming is related to human activity. That's what the list I posted above is all about. I know I'm not going to convince anyone to change their beliefs with any evidence I could present, because beliefs are powerful things, and they are not always based on a careful consideration of the facts. Opinion about climate change in our society is being influenced by a calculated and well-funded public relations campaign by the same kinds of consultants who kept doubts about the cigarette-cancer connection and the declining ozone level going for so long.

Hmmm, that is something worth considering. I never really considered that journal citations could be an argument of authority (even if it is accepted practice).

After reading that, I thought about it for a bit. I think what makes journal citations an acceptable variant of the argument of authority is it points to a more detailed argument than you are capable of making (and usually is only tangential to the objective of the study).

An example from my thesis is me citing Swisher et al., 1993 for some ash dates that were obtained in my study area. I didn't have the funding, or the time, to replicate this data set so I just used their paper. It didn't really matter in the scope of my thesis. The only thing that mattered is that I could correlate the ash beds.

When I presented my thesis at GSA, I got in an argument with a worker who told me that my ash dates were wrong. I pointed out they weren't my ash dates, and if another paper has been published that corrects the dates I'd gladly use the corrected data set. He said there wasn't a more recent paper, he just didn't like the techniques of that paper. I politely told him I used Swisher et al., 1993 because it was the most recent publication. If he were to publish a study correcting the ash dates, I'd cite his paper instead.

The point is I don't think using Swisher's paper is an argument of authority, in this situation. Rather, by citing his paper, I was directing people's arguments to a useful venue.

Anyway, good article (very thought provoking :). Looks like you hooked a denier as well). Sadly, while it seems there is a growing consensus among scientists, climate change has become a political issue. And while (in a perfect world) science should inform policy, I haven't seen that happen too often in recent years. Thanks very much for the link.

Thanks Bryan. After mentioning your blog in two posts I noticed I misspelled your name. I fixed them.

Jeanette, when it comes to obfuscation, Anthony Watts is the example at which the bar is set. A recent post of his:


Is an example of the pathological content that the weatherman posts to his blog. In it, he tries to make the assertion that the two data sets are contradictory, when in fact, they are unrelated.

Obfuscation at its finest!