Floods Coming This Week May Rival 1997: Predictions at Yosemite Valley

This weekend's storm, if it lives up to predictions, may be one for the history books. Present projections are suggesting that the Merced River could rival the flows from the apocalyptic floods of 1997. In that flood, the Merced River reached a discharge of 24,600 cubic feet per second (23.4 feet). Official flood stage is about 7,000 cfs (10 feet). The waters covered the valley floor, wiping out roads and highways, destroying lodging and campgrounds, and closing the park for more than two months. Damages reached $178 million dollars (1997 dollars).

I'm not sure how the National Park Service prepared for the event in 1997, given how unprecedented the flooding was. Their current announcement suggests that they are preparing for the worst for this week's event. Being the stupid geologist that I am, I'm wishing I could be up there to get some pictures. Mrs. Geotripper is somewhat less enthusiastic. 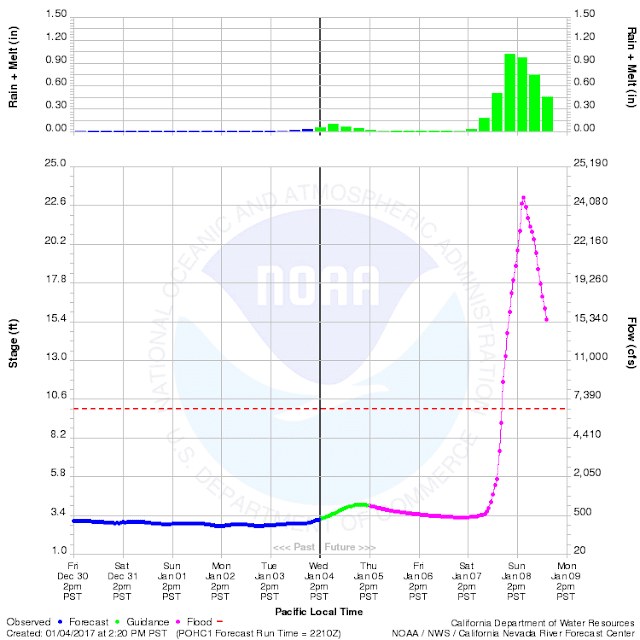 There is at least one major difference between this week's storm: the reservoirs on the major rivers like the Tuolumne, Merced, and Stanislaus are below normal capacity and are probably in good shape to capture much of the runoff. In 1997, some reservoirs were overwhelmed (see the last post about the Tuolumne River and Don Pedro Reservoir). 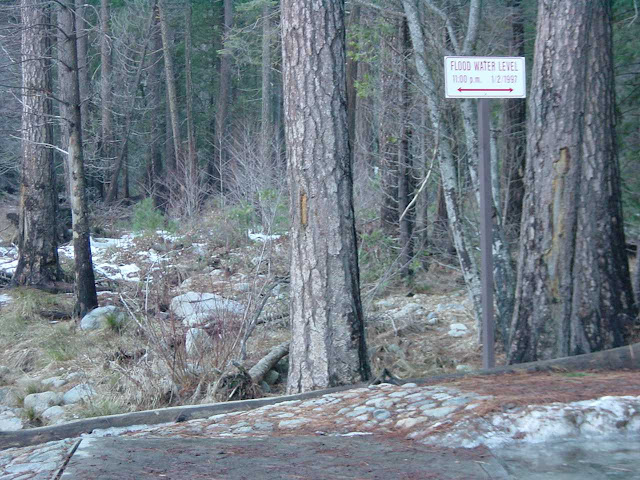 The waters may top out at 23 feet on Sunday and Monday. Check this list of the effects of Yosemite Valley flooding at various water levels (Source: California Nevada River Forecast Center):

There are local concerns as well. My own Dry Creek that runs through Modesto and Waterford is unconstrained by dams and reservoirs, and may reach troublesome levels. It's rare to see 3,000 cfs in the creek. It may reach 6,000 cfs on Monday. You can be assured that I'll be checking on the progress of the flooding. 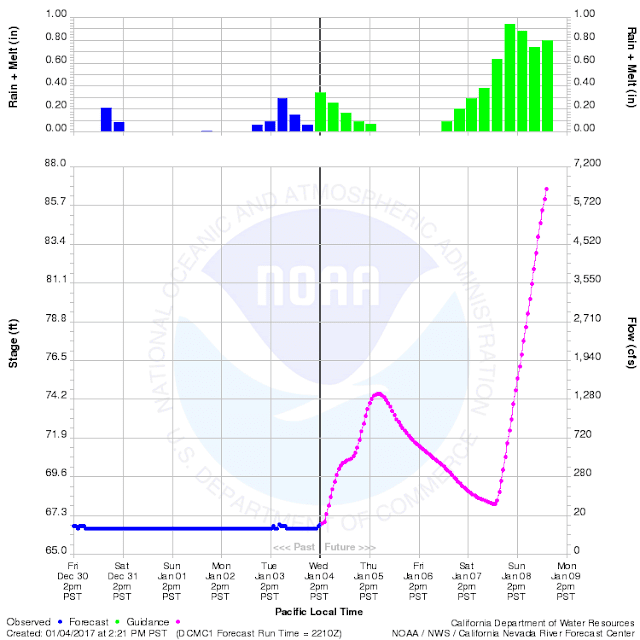 Thanks to Daniel Swain (@Weather_West on Twitter) for the heads up on the predictions.
Posted by Garry Hayes at 5:30 PM