What's the Most Incredible Thing You've Experienced? Memories of Baja in 1991 (and looking forward to August 2017)

What's the most incredible thing you experienced?

There are lots of answers to such a question, and many different contexts and meanings. I had an abrupt reminder tonight of one of the most incredible things I ever took part in. We're putting in new carpeting (no, that's not the incredible experience), so I've spent the week organizing 26 years of accumulated papers and books to clear the floors throughout the house. It's as much trouble as moving, only there's no truck to stuff everything in. I was close to finishing when I got into a cabinet that had been blocked by other boxes for literally years. There was an old photo album. I opened it and was immediately transported back to 1991 when I experienced a total eclipse of the sun at the tip of Baja California in Mexico.
The 1991 eclipse was going to be visible from mainland Mexico, the tip of Baja California, and Hawaii. I was in my third year of teaching at Modesto Junior College, the new guy (needless to say, I'm not the new guy in the department anymore; I'm actually the senior member). Our astronomy professor, William Luebke, had made plans to fly to Hawaii for the event, but I found out that a relative (the mother-in-law of my sister-in-law) kept a condominium in San Jose del Cabo that she was willing to let us use. We jumped at the chance. All we had to do was get there. There were five of us and flights were expensive, so we decided to borrow a school van and make the 900 mile drive to the tip of the peninsula.

The drive was quite the adventure, and if I can locate the slides and scan them, I will perhaps tell the story. But we made it, and settled in for a few days to prepare (and get sunburnt while snorkeling). We selected what appeared to be an abandoned condominium plot and set up shop.
The hillside was perfect, commanding a twenty mile long view of the coast. Soon others gathered, including an entire busload of Japanese astronomy enthusiasts who said they had rented the entire plot for themselves. After a few minutes of delicate negotiations, they allowed us to stay. 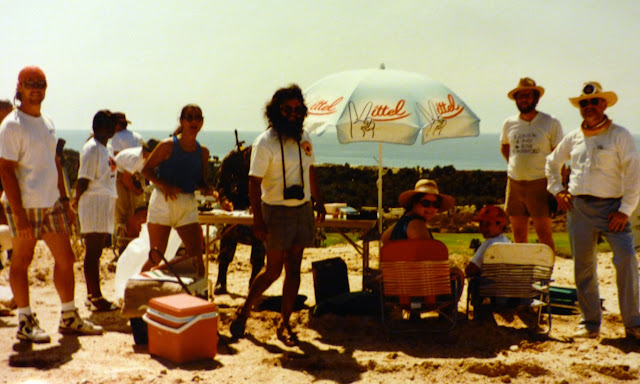 The length of totality was going to exceed four minutes, one of the longest eclipses of the century. We had three or four telescopes with us, so Dr. Luebke could concentrate on photographing the entire event, while I and Mrs. Geotripper could work with a telescope of our own that we shared with the many people on the hillside. During totality, thirty or forty people were able to take a quick look. 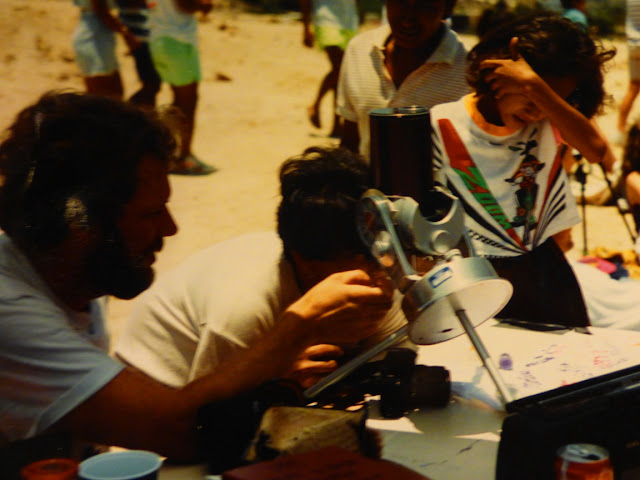 The eclipse was unlike anything I had ever seen in my life. In the hours before totality (which happened around noon), the air grew stiflingly hot, over a 100 degrees. The skies were almost free of clouds, and the sunshine was blindingly bright. The moon started to move across the disk of the sun, and we had quite a bit of time to watch the passage. Before totality, the sky remained bright. But then the last flash of the "diamond ring" effect took place and the sky suddenly darkened. 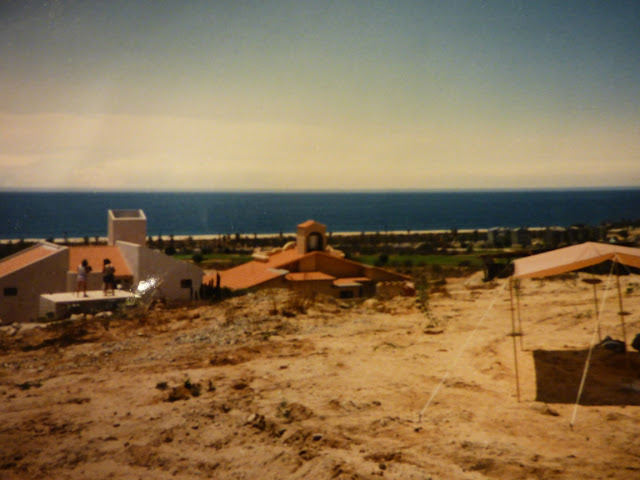 Not just darker. Dark. Stars and planets suddenly became visible, and the temperature dropped 15-20 degrees. Looking at the sun without needing glasses, I had little trouble appreciating the meaning that the ancients applied to eclipses. It was otherworldly; I almost found myself chanting for the dragon to release the sun from its prison. 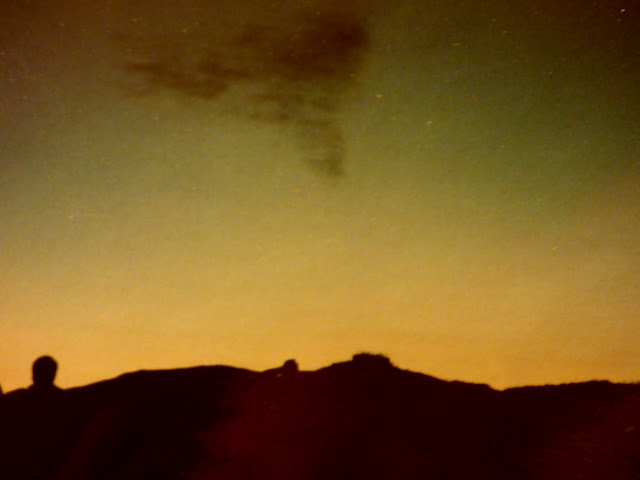 Yes, the picture below was taken with a flash. It was that dark. Then it began to end. Bailey's Beads, the first dots of sunshine, broke through canyons and mountain passes on the surface of the moon, and the sky turned bright again. In a few more minutes, it was over. We packed up and headed home the next day (a whole other adventure). 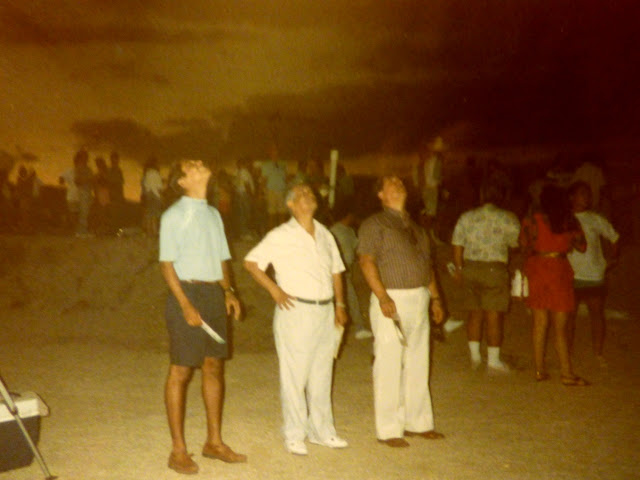 At the time, we knew that the next solar eclipse that would be accessible to us would not be until August of 2017. It seemed such a long time into the distant future. I had no idea the many changes that would take place in my life, but suddenly it is upon us, on August 21. The path of totality is shown on the map below. If you have any chance at all, make your way and have a look. It is one of the most astounding sights you will ever see. 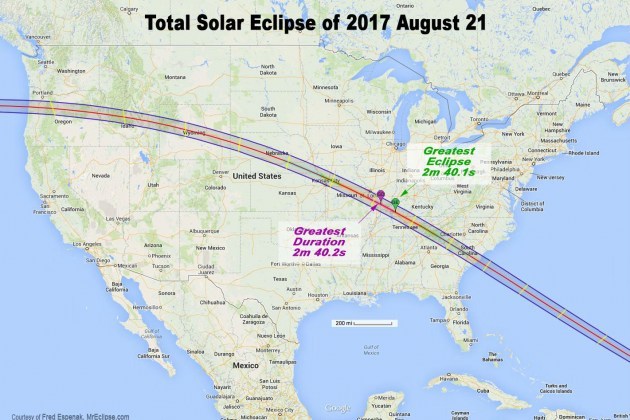 By the way, it turned out that Hawaii would not have been a good idea. Thousands of people flew there to see the eclipse, but low clouds obscured the skies and the only people who saw it were at the observatories beyond the end of the closed road on Mauna Kea. We were incredibly lucky to have had perfect weather in Baja.
Posted by Garry Hayes at 12:54 AM