Before the Deluge: Last Sunlight on the Sierra Nevada 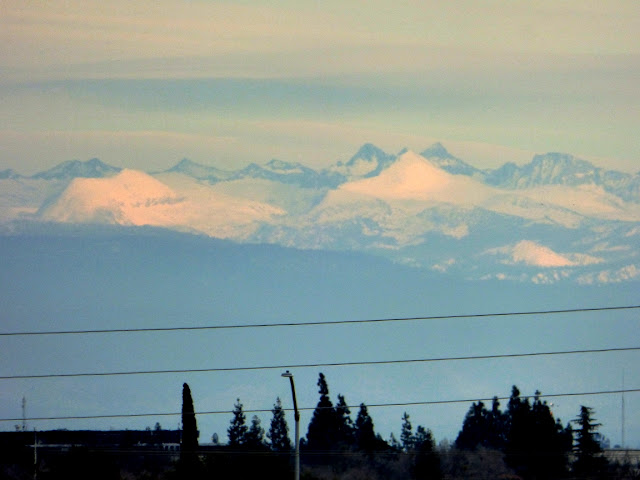 It was a beautiful day today in Central California. Sunny, but crisp and cool. I was tooling about campus between meetings in preparation for the new semester enjoying the sunshine, but I could not forget that we stand at a precipice of sorts. A huge atmospheric river storm, a Pineapple Express, is bearing down on the state, one of those rare storms that can cause widespread flooding. The warm storm will be dumping one or two feet of rain at elevations as high as 10,000 feet onto a thick snowpack. The combination of rain and snowmelt will push rivers beyond flood stage.

It's a strange moment, seeing the sunlight shining on the serene snow-covered peaks of the Sierra Nevada, knowing that in a day or so they will be lashed by a violent storm that could cause unprecedented damage along the rivers and valleys below. The predictions are in; the actual outcome could be more intense and more dangerous, or we could get lucky and there could be a bit less meteorological violence. We can hope for the latter, but need to be prepared for the former. If you live in the area, be smart and be safe!

The pictures today may not be as sharp as one might expect on this blog, but these mountain peaks are more than ninety miles away! I was on the roof of the Science Community Center at Modesto Junior College. A 60x zoom does wonders to bring mountains closer, but there is a cost in clarity due to atmospheric distortion in pictures angled so close to a distant horizon. The three mountain peaks just right of center in the picture above are Mts. Maclure, Florence, and Lyell in the high country of Yosemite National Park. Sentinel Dome on the brink of Yosemite Valley is visible as the lowest light-colored rock on the right. The prominent peak in the picture below is Mt. Conness, known to most people as the beautiful peak that serves as the backdrop to Tenaya Lake. 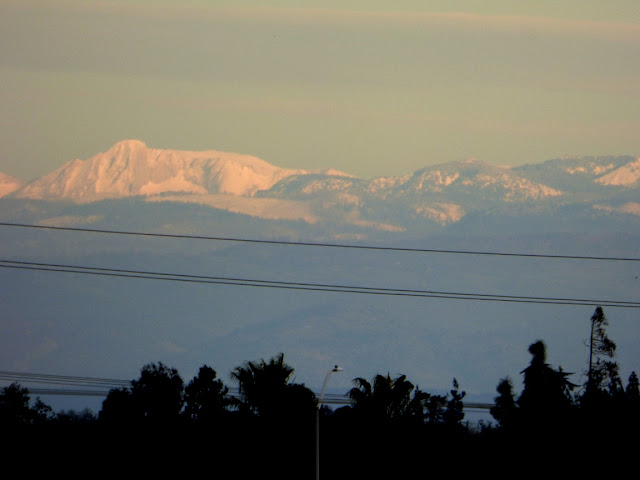