A Series of Fortunate Events: Fall in Yosemite National Park 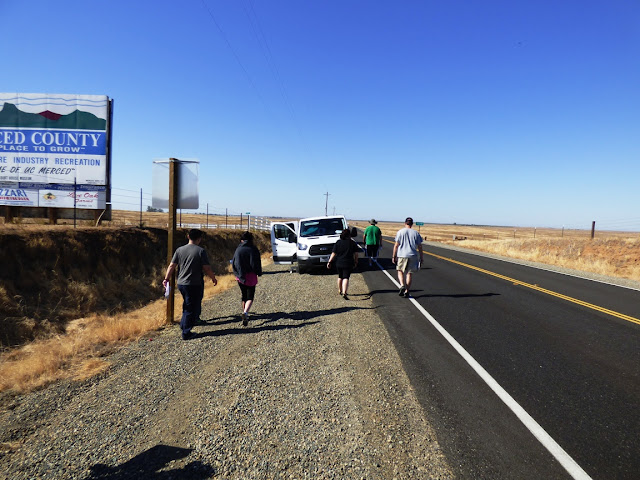 It was a privilege this last weekend to conduct a field studies exploration of Yosemite National Park and the surrounding region. It was a new class, but was similar to one we last taught back in 2008 when the Great Recession put a serious crimp in the scheduling of our field studies courses (we still did them, but there were fewer of them). Even better, I have another day trip scheduled on Saturday for a different course. Yosemite twice in a week! 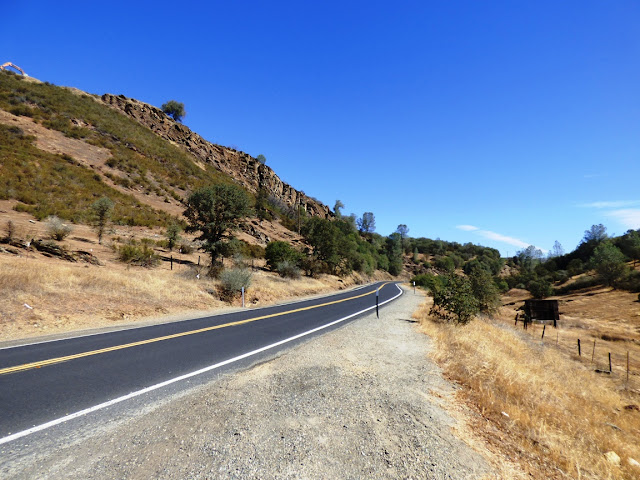 I say it in a joking manner, telling students they have to "earn" the right to explore Yosemite. It's true though, in a way. There is a lot of geologic history in the rocks west of Yosemite National Park, and they help us to understand the origin of the rocks in the park. An example is the outcrop along Highway 140 between Merced and Mariposa. Just east of Dial's Rock Shop is an exposure of the Mariposa Slate.

The Mariposa Slate is a deposit that formed on the bottom of a deep sea off the coast of California in Jurassic time. The shoreline lay east of where it is today, and the Sierra Nevada was a different place: a series of active volcanoes led to a coastal forest. Dinosaurs, pterosaurs, and primitive mammals roamed the forests and floodplains. In the sea, large swimming reptiles including plesiosaurs and ichthyosaurs were found. The Mariposa is somewhat less altered than many other rocks of the metamorphic belt, and because of this, a few fossils have been found which enabled geologist to figure out the age of the rocks. This was an important step in unraveling the complex geologic history of the region. 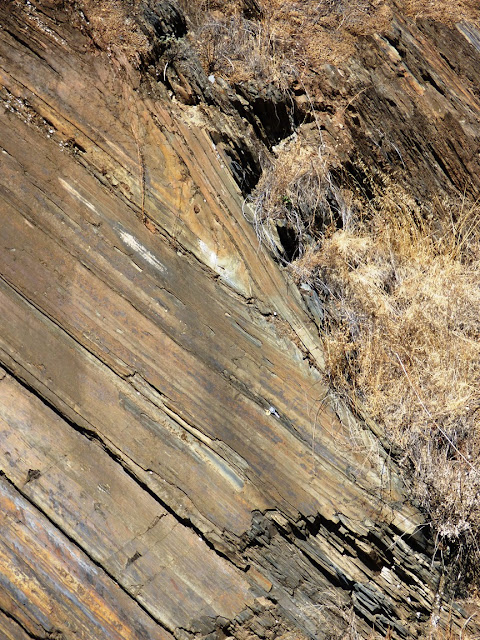 The Mariposa is part of a large section of crust called the Foothills Terrane, a group of rocks that were added to the western part of North America during Triassic and Jurassic time along a subduction zone plate boundary. A great deal of compression caused the rocks to be tightly folded, as can be seen in the photo above (note a set of car keys just below the center of the shot). The slate has excellent rock cleavage (the tendency to split into very flat surfaces) so it finds use as chalkboards and billiard tables. There is a quarry on the top  of the hill above the outcrop (you can just make out some heavy machinery in the second picture above, on the left side). 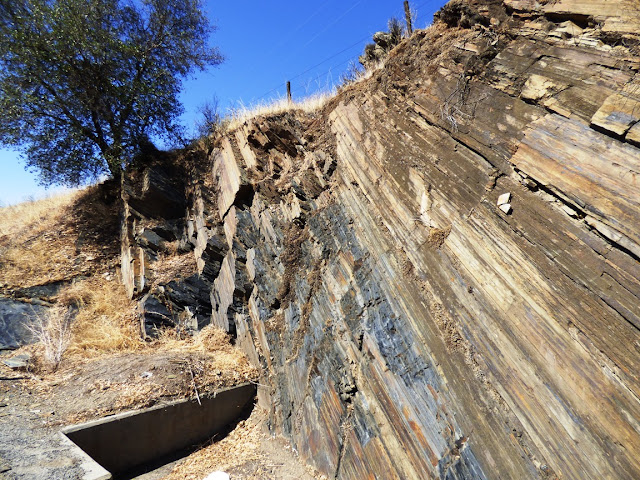 The Mesozoic subduction zone that placed the Mariposa Slate against the edge of the continent was also instrumental in the placement of the vast granitic plutons that are exposed today in Yosemite National Park. The slate provides some insight into what came before the intrusive igneous rocks.

Our path was not the straightest route. Instead of following Highway 140 directly into Yosemite, we turned south at Mariposa and followed Highway 49 to the town of Oakhurst. We were having a look at the largest living things in existence, as well one of the greatest mineral collections in the state. More next time!

Is slate a kind of anaerobic mudstone? The reason I ask is that organically rich mud tends to have a sulfur based ecology, which leads to blackish precipitates with transition metals at neutral pH.

It probably started that way. Some of the exposures of the Mariposa include pyrite crystals.