And Mercury Makes Four. Beautiful Gathering in the Morning Sky 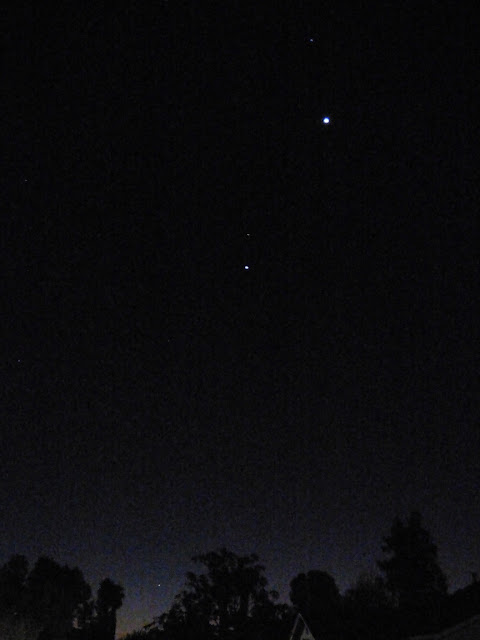 There is still a beautiful show in the sky in the early morning this month. When I realized I missed Mercury in my Friday morning picture, I went out again this morning for another try, and caught it between the trees on the eastern horizon. It's only the fourth or fifth time that I've seen Mercury (mostly out of laziness because you have to know just where to look), and only the second time I've photographed it. 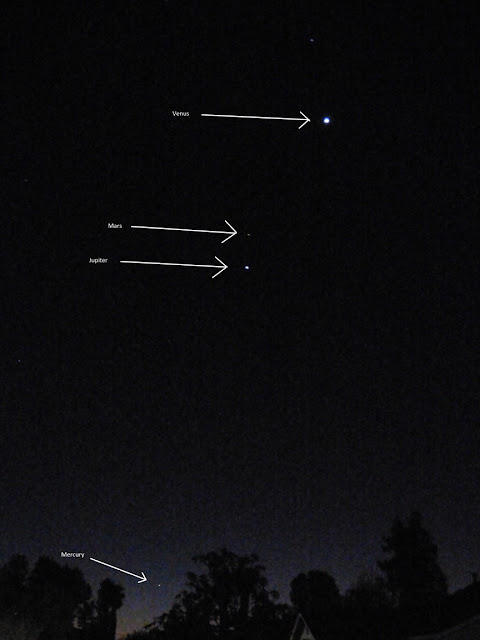 In all the excitement about Pluto and Ceres over the last few months, it might be good to remember that NASA and the European Space Agency have been on a real winning streak of late. There are the tireless surface vehicles on Mars, the Cassini exploration of Saturn, the Galileo mission to Jupiter, and the Messenger mission to Mercury that have given us an unprecedented look at our Solar System. It is simply stunning that we have in just 58 years of space travel that we have had such success in exploring our nearest neighbors in space, and that they have turned out to be places of the imagination. No one could have predicted in 1957 that the moons and planets of our Solar System could have been so strange and wonderful.
Posted by Garry Hayes at 12:27 PM

Cool, I wondered what I was looking at this morning! (didn't see Mercury however) Normally I'm not out that early, but had to be in Cheyenne by 7:30 today.