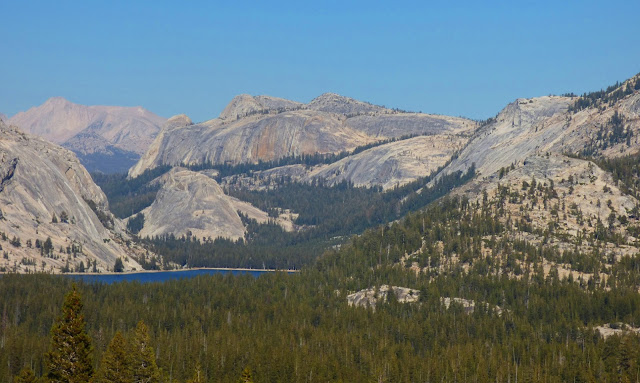 Our field studies trip to Yosemite National Park reached a climax when we reached Tioga Pass (9,943 ft / 3,031 m) at the east end of the park. The pass is the highest highway route in the state (a paved road in the White Mountains and the Bristlecone Forest reaches just a few feet higher, at 10,075 feet). The scenery at this elevation is spectacular. The surrounding peaks reach over 13,000 feet (nearly 4,000 meters), and glaciers have scoured much of the terrain to barren rock. Few trees can survive in this harsh environment. 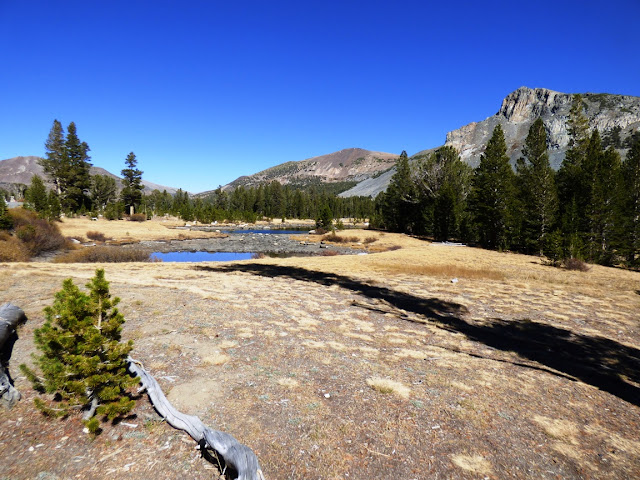 There is not much in the way of granite east of the pass. The white expanse of plutonic rock in Tuolumne Meadows has given way to older, darker rocks that began their existence as volcanic rocks and oceanic sediments more than 200 million years ago. They have been baked and deformed by deep burial in the crust. There is also the remains of a caldera, a giant collapse depression similar to the one that formed Yellowstone or Long Valley, but in this instance we are seeing it from the base, the part that was once a mile or two underground.. 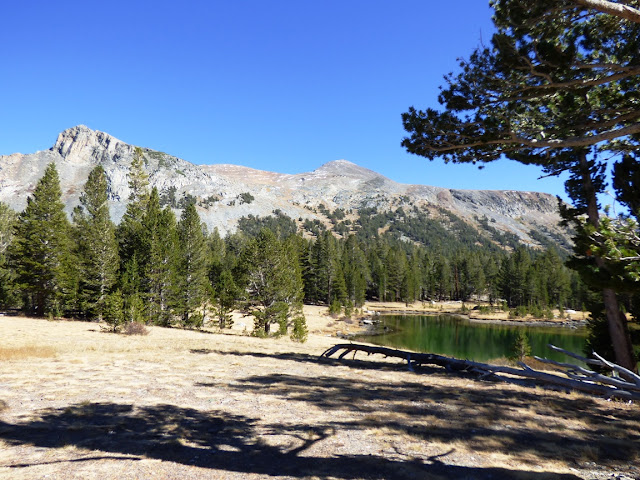 This was the source region for the glaciers that scoured the Grand Canyon of the Tuolumne and Yosemite Valley. Numerous cirques, horns and aretes can be seen along the Kuna Crest and the main Sierra Crest. There are even a few small glaciers tucked into the high canyons (Dana Glacier is accessible by trail).

It was the end of our field studies course, and I fervently hope that it will be the last chance of seeing Tioga Pass. For a while anyway. I had the fascinating but unfortunate privilege of seeing Tioga Pass on an early January day in 2012, because there had been no snow. It was strange walking across a solidly frozen Tenaya Lake (visible in the top picture) in a t-shirt and jeans when there should have been 10-15 feet of snow everywhere. We've had a disastrous run the last four years with an unprecedented drought, the worst in many generations, even centuries. There is hope that El Nino conditions in the Pacific Ocean will bring on more than the normal amount of rain and snow, but that remains to be seen. There have been a few weak storms already, and another system coming in Monday. Some hopefully fortunate events, as it were. 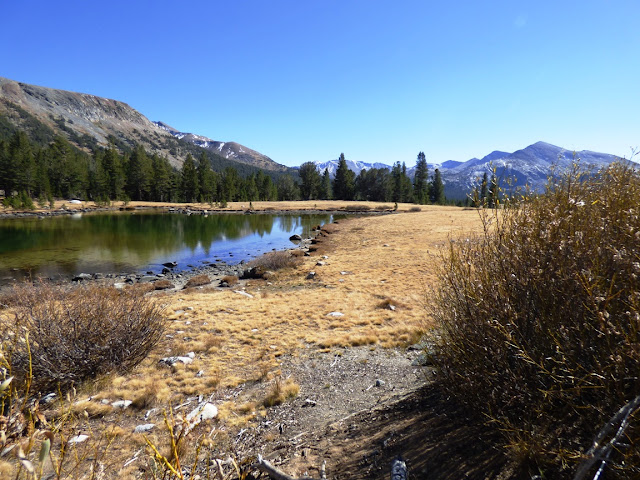 As beautiful as it is, I hope I won't have another chance to see Tioga Pass until May at the earliest.
Posted by Garry Hayes at 8:13 PM