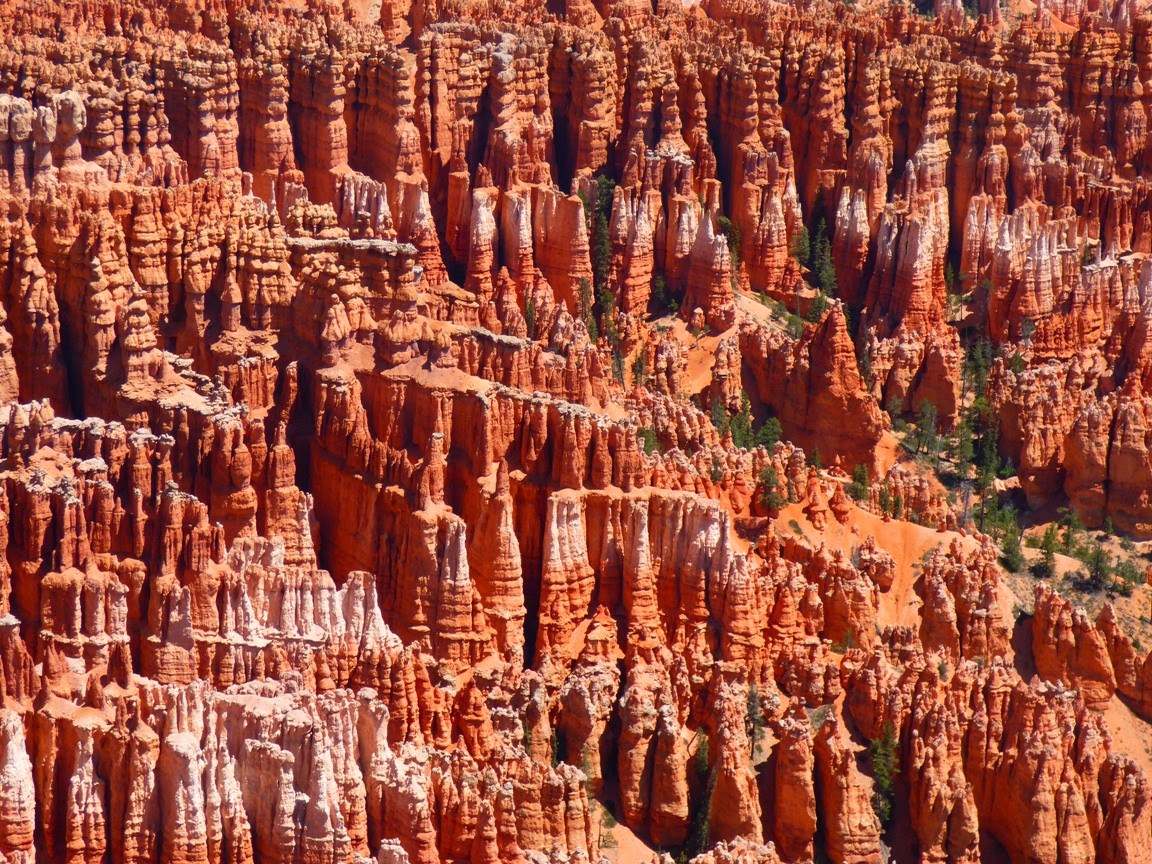 One of the mysteries of the origin of the Grand Canyon involves the fact that early rivers flowed in the opposite direction of the Colorado River that exists today. Some of those early rivers ended in lakes that covered hundreds or thousands of square miles, and the deposits from those lakes form some of the most vividly colored rocks on the Colorado Plateau. And it's not just the color.. Erosion has sculpted the freshwater limestone of the Claron Formation into one of the craziest landscapes in North America. 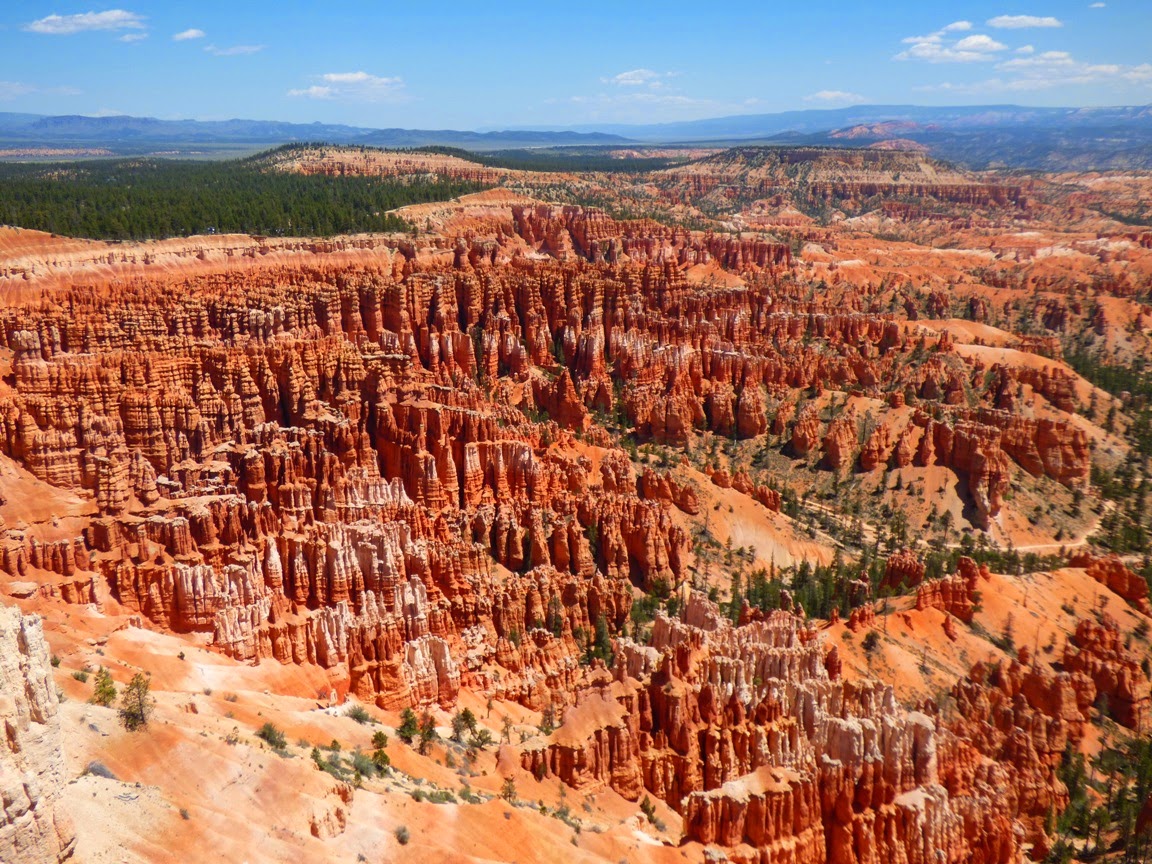 Welcome to Bryce Canyon National Park, part III of our tour through the Land of Strange Standing Stones. In the first entry, we were checking out strange erosional forms left after groundwater moved through crushed rocks on the Cockscomb Monocline along Cottonwood Wash Road. In the second, we explored the strange sedimentary pipes of Kodachrome Basin State Park. We've now moved a few miles west onto the Paunsaugunt Plateau, one of the faulted mesas in the High Plateaus province of the Colorado Plateau. Headward erosion along the edge of the plateau has produced the bizarre landscape of Bryce "Canyon" (there is no actual canyon; the park is instead a series of erosional amphitheaters). 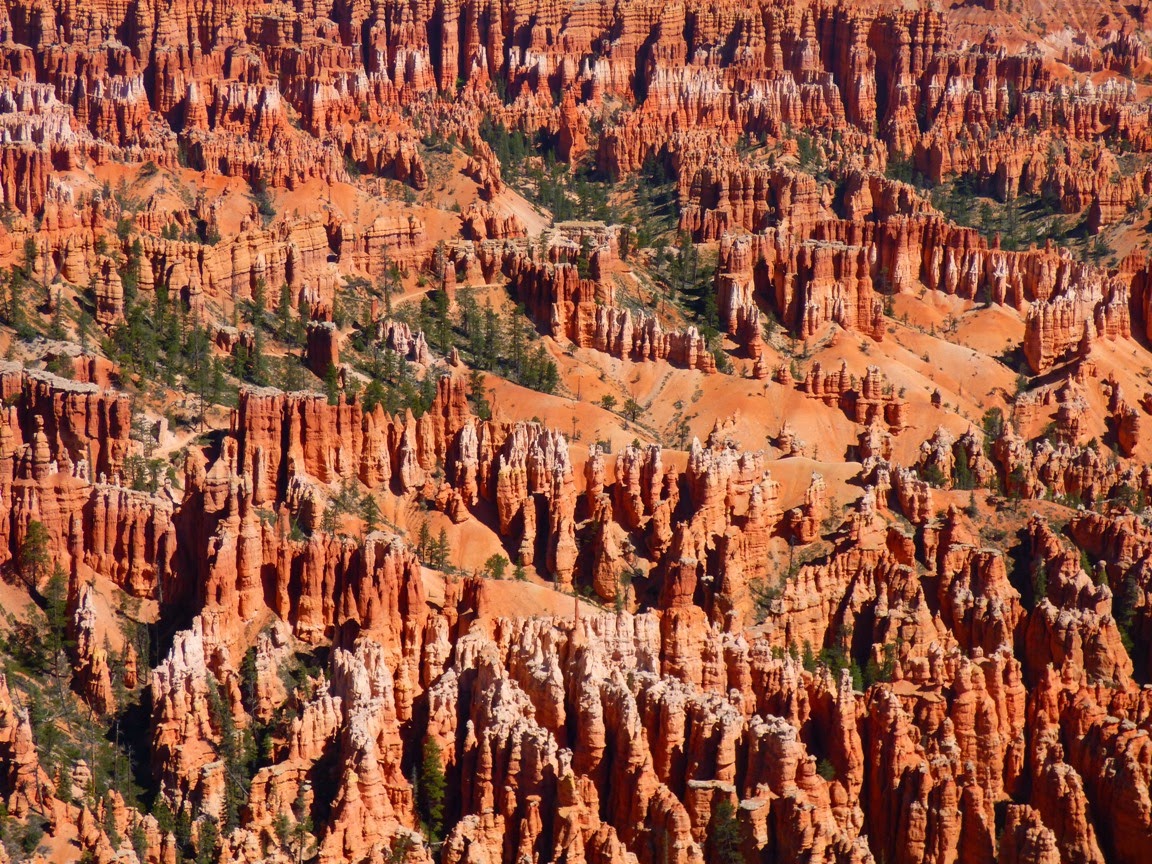 Natural joints and fractures in the limestone are exploited by water and ice, producing the pillars of stone called hoodoos. The rate of headward erosion is rapid, amounting to feet per century. Many places in the world erode this way, but few if any display the sheer number of fins, spires and hoodoos. There are tens of thousands of them in the park. 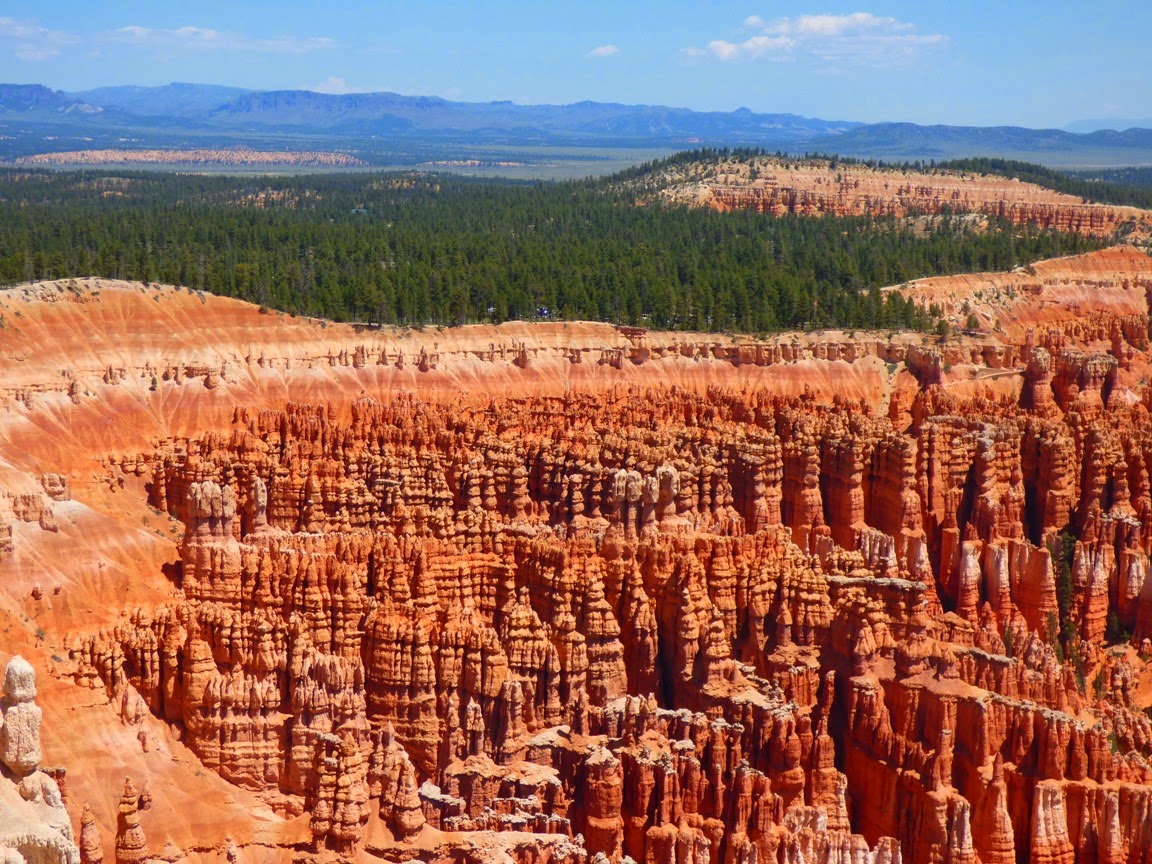 Sometimes people on a strict schedule visit the park, go to a single viewpoint and say "okay, hoodoos and Bryce Canyon checked off the life list", and rush on to the next park. One can miss some pretty incredible things by doing so. For one, the tour buses rarely go past Inspiration or Bryce Points. The views are spectacular at the main tourist parking lots, but the main park road goes fourteen miles farther, past nearly a dozen other viewpoints.

Rainbow Point, for instance, is the highest viewpoint in the park (at 9155 feet, it is a thousand feet higher than the more popular viewpoints). From it and adjacent Yovimpa Point, one has an incredible view extending from the Wasatch Front to the north, Navajo Mountain to the east, and the North Rim of the Grand Canyon to the south (part of the view from Rainbow is seen above, and Yovimpa Point is below).
Likewise, Natural Bridge is an incredible 85 foot arch that is missed by many park visitors who don't venture beyond the busier parking lots. Every time I mention the feature I feel compelled to point out that natural bridges usually have watercourses of some kind. This one is best described as an arch. 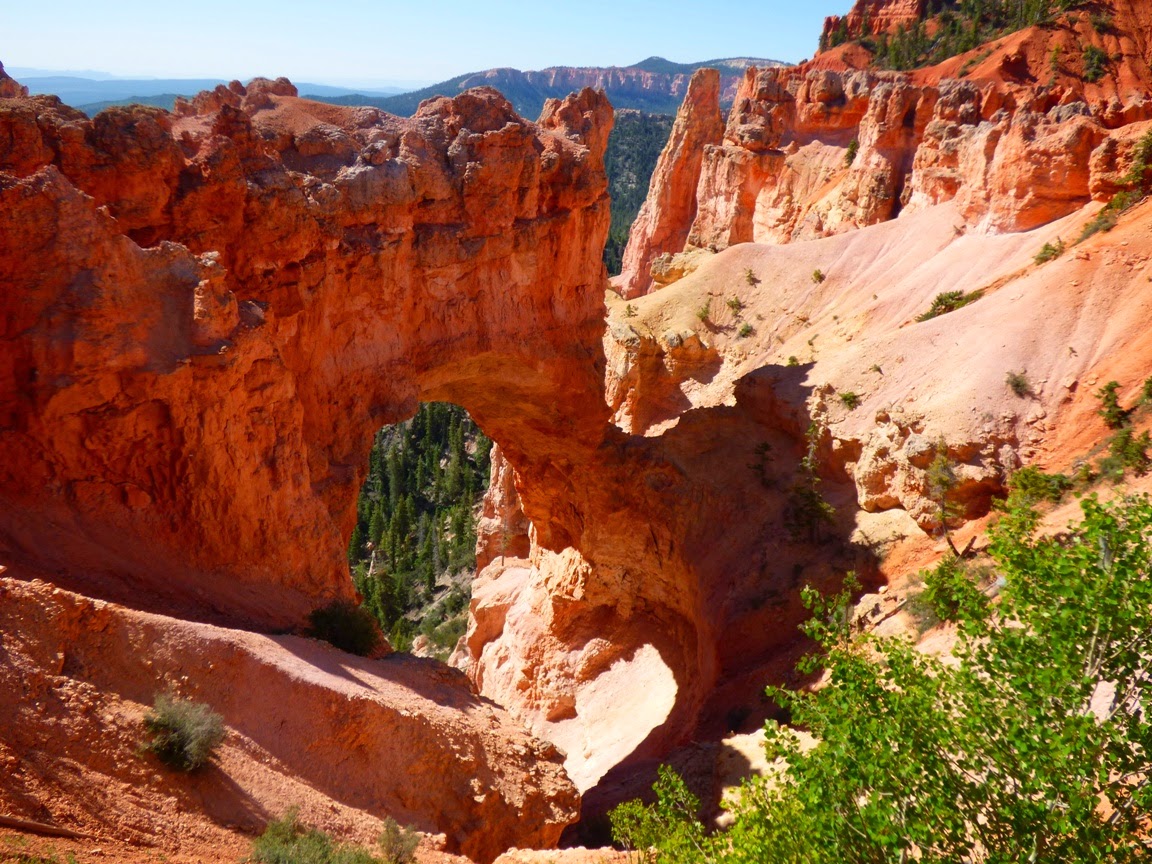 And then there is the fact that every viewpoint at Bryce Canyon is on the rim, which means that every tourist who visits only the viewpoints is an outsider looking in. There is nothing quite like walking among the towering rocks and seeing them from below. I didn't walk below the rim on this particular trip, but I encourage you to check out my post from a previous trip, when I walked the Navajo Loop through Wall Street Canyon. It includes some of what I think are my best ever pictures from Bryce Canyon. 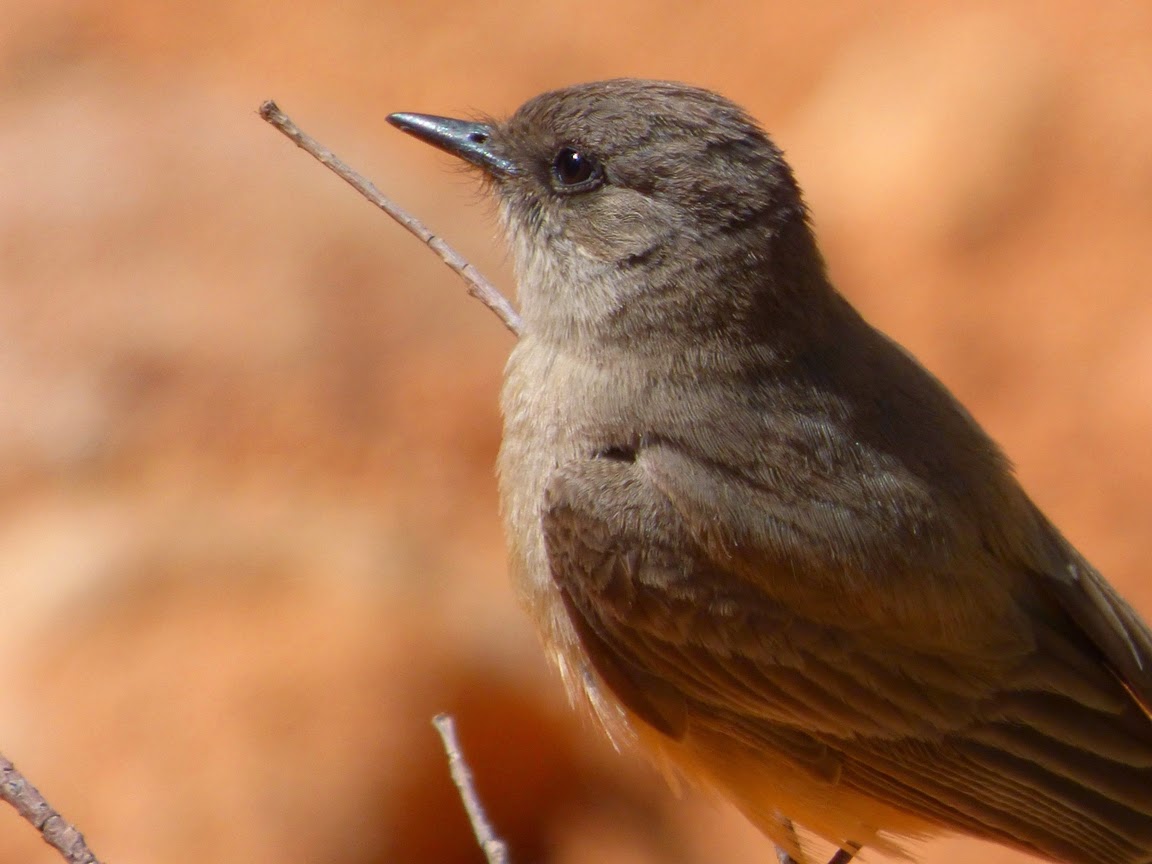 There are also the animals. I caught a nice Say's Phoebe at Natural Bridge (above), and we saw a small herd of Pronghorn Antelope in the woods and meadows back of the rim. 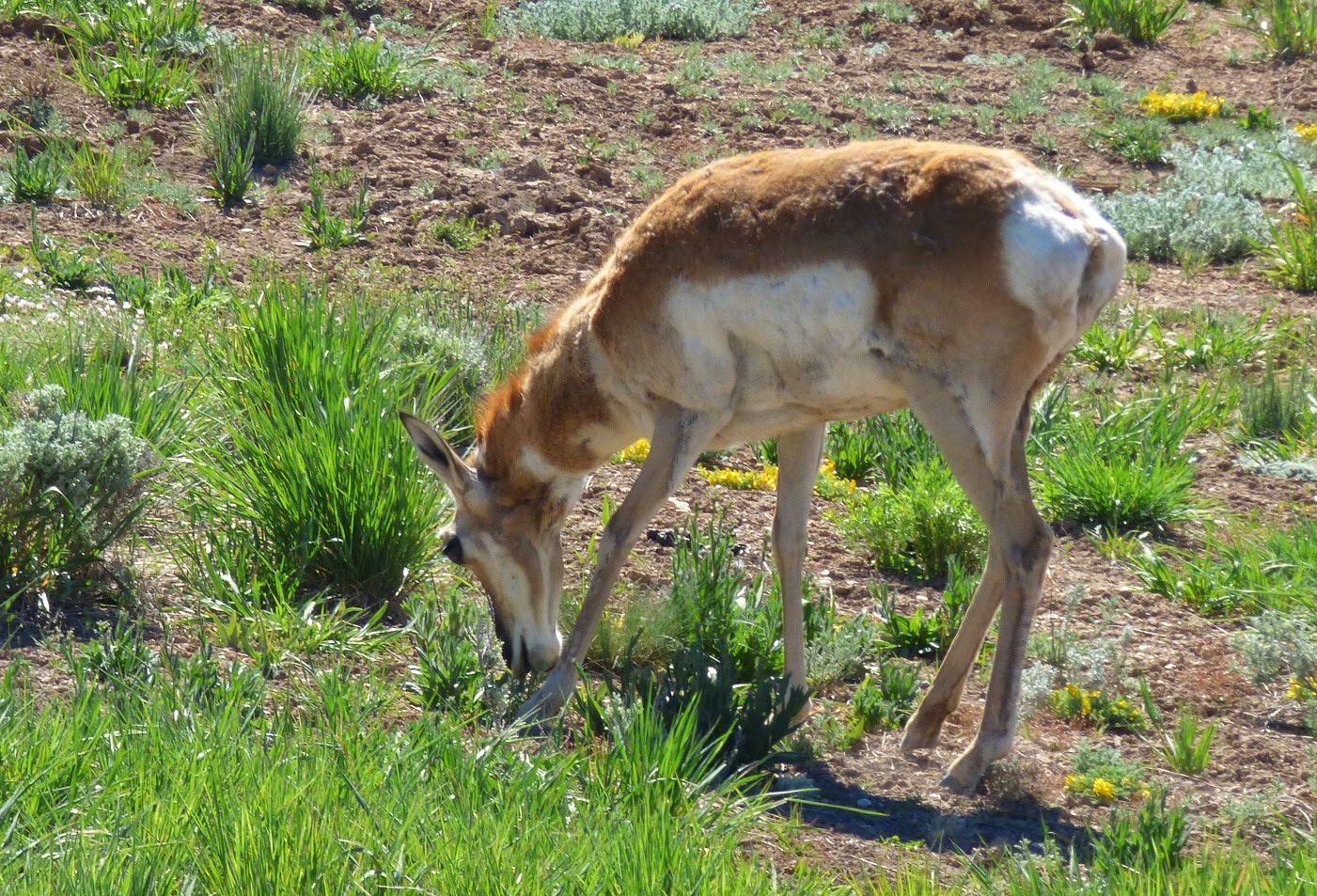 There is a colony of Utah Prairie Dogs next to the park road, and I've had no luck catching a picture of any of them for years. 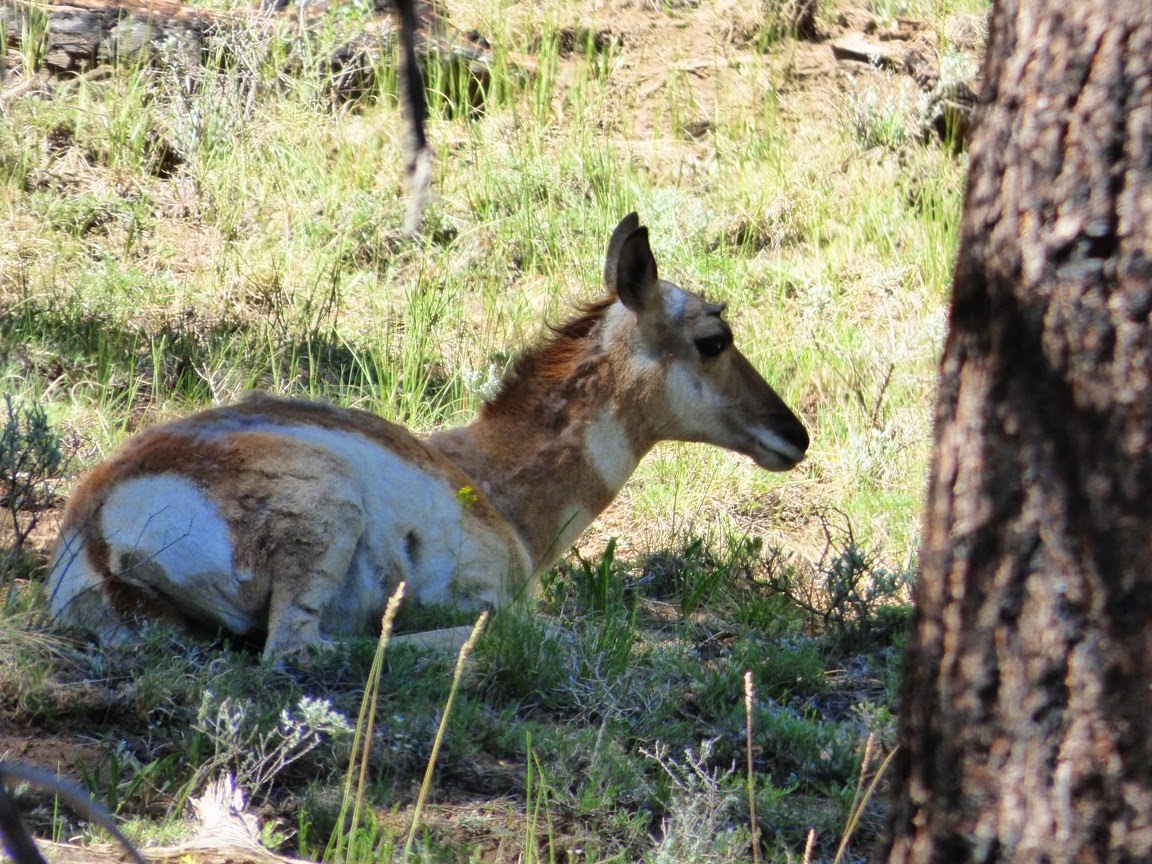 We didn't have any such adventures on our latest trip, but I must say there is nothing quite like experiencing the summer monsoons of Bryce Canyon. In July and August, moisture-laden air moves north out of the Gulf of Mexico, and sweeps up against the plateau margins, producing spectacular thunderstorms and flashfloods. One of our family memories involved a terrifying lightning storm and cloudburst that produced a lake in our tent, and a six foot wide river below our campsite just a few hundred feet from the rim.

Bryce Canyon is worth a second look if you've ever rushed through in the past, and if you've never seen it in person, make sure to make the time to really explore it! Pictures just don't do it justice.
Posted by Garry Hayes at 11:08 PM