"Fly-over Country" Moniker Doesn't Do this Land Justice: Crossing the Basin and Range 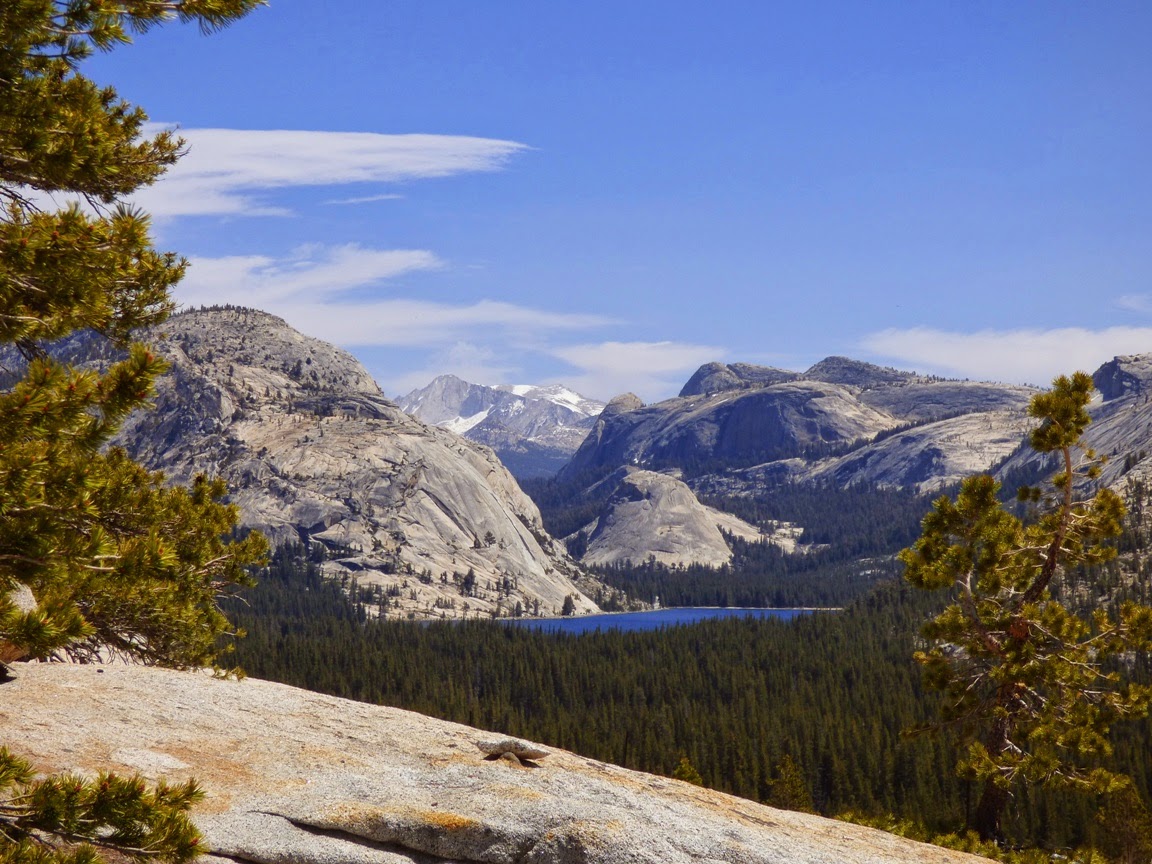 The Basin and Range province is one of the largest geological provinces in North America, covering all of Nevada, parts of eastern California, half of Utah, and large parts of Arizona. It is also one of the least populated, at least outside of the urban centers of Las Vegas, Phoenix, Reno, and Salt Lake City. The region was stretched in late Cenozoic time (during the last 30 million years) so that the crust broke apart and gigantic blocks slipped against each other like shelves of books tipping over. Several hundred horsts (ranges) and grabens (fault valleys) are the defining features of the province.

We were on our way to an exploration of the Colorado Plateau, but needed to make our way to Las Vegas to meet our group. We could have taken the freeways through the Central Valley and Mojave Desert, but I've been down that road several hundred times over the last quarter century. We elected to cross the Sierra Nevada at Tioga Pass and cross the high ranges and deep basins of the region referred to by many as "fly-over" country. It's barren on some ways, but it is a treasure in so many others. How many places will you visit in your life where you have a decent chance of being the only human being on a particular mountain range? That can happen out here. 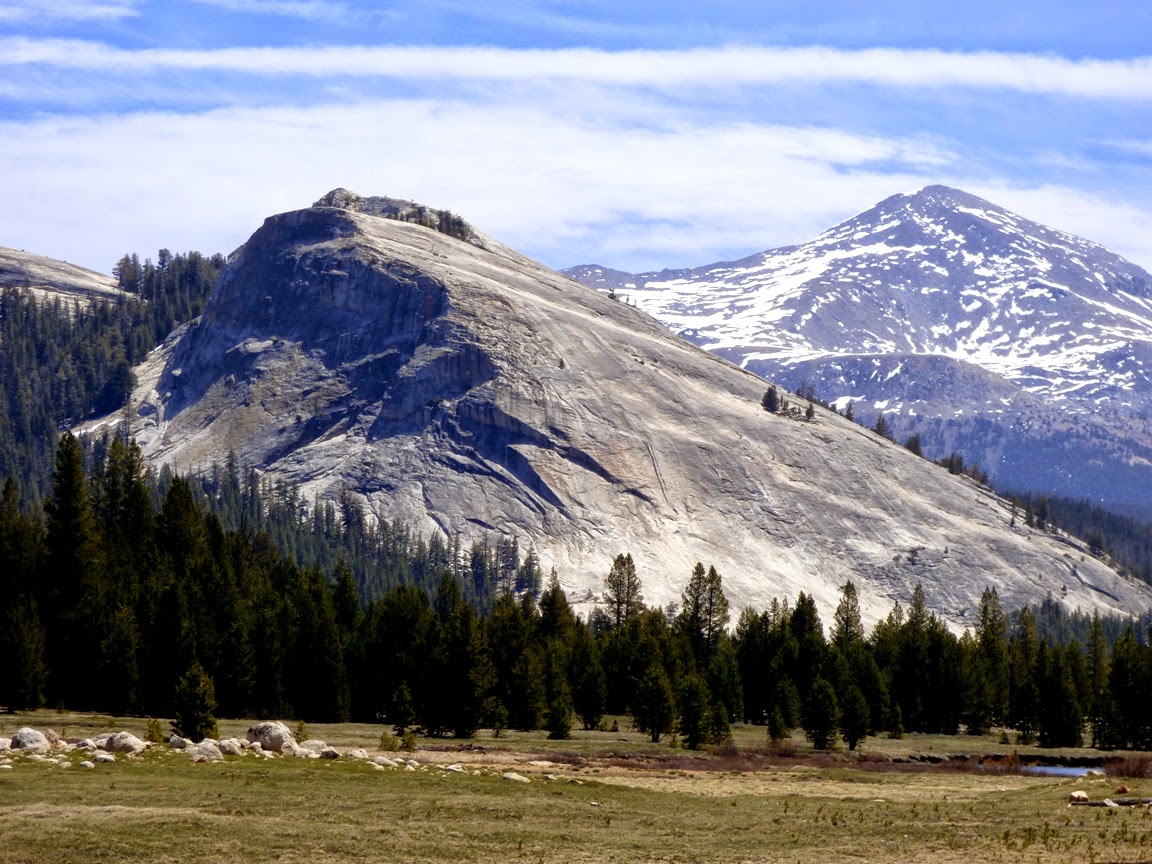 I could be accused of false advertising in showing these pictures of the alpine scenery of Yosemite National Park, but the presence of the Sierra Nevada is what forms the character of the Basin and Range. Many consider the Sierra to be the westernmost of the Basin and Range mountains, and the high 400 mile long mountain crest blocks the majority of precipitation from ever reaching the region. During the ice ages, the glaciers of the Sierra had a profound effect on the province, primarily in the formation of vast freshwater lakes in some of the driest places on the planet, Death Valley being an outstanding example. It once contained a lake 100-plus miles long and 600 feet deep.

A few of the lakes persist, barely. After we crossed Tioga Pass, we had an outstanding view of Mono Lake, which is huge, but it was once much larger and deeper. Evaporation (and water diversions by Los Angeles) have left behind saline water in which only small fairy shrimp and brine flies can survive. Not a complex ecosystem, but millions of birds depend on the rich protein. 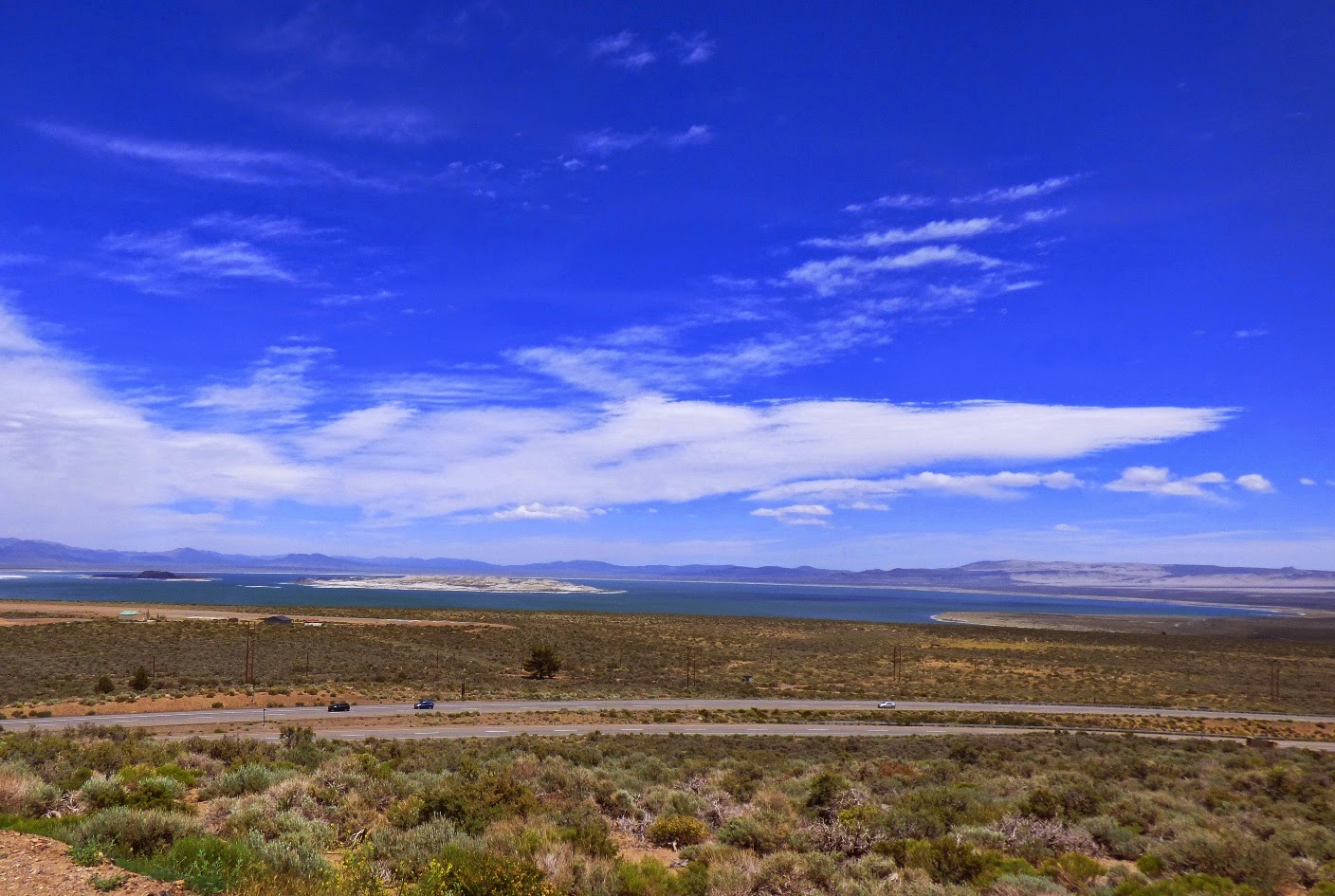 Those birds include species like the gull below, which I suspect of supplementing its diet with scraps of sandwiches from the Whoa Nellie Deli! 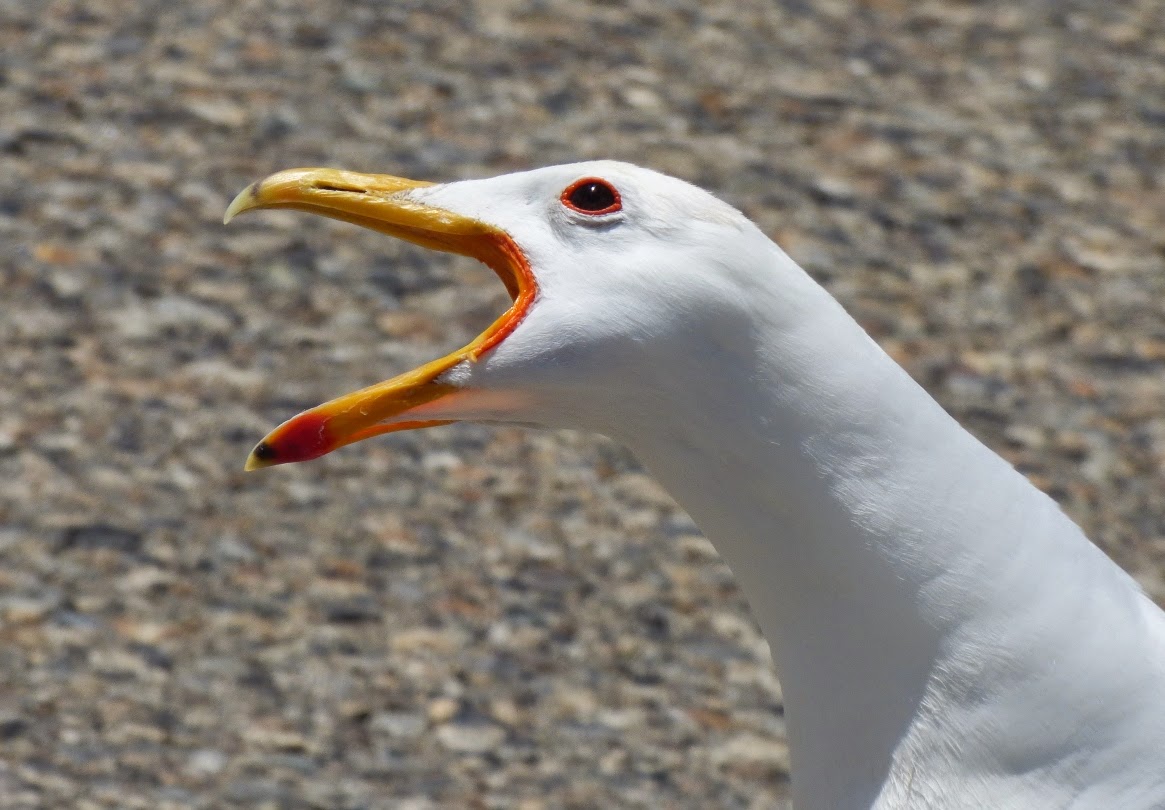 The White Mountains, the next major range east of the Sierra Nevada, are spectacular, with a high point of 14,252 feet at White Mountain Peak, and several others exceeding 13,000 feet. The north end of the range extends into Nevada where Boundary Peak forms the highest point in the state of Nevada at 13,147 feet. We headed south along the east flank of the mountains in Fish Springs Valley. 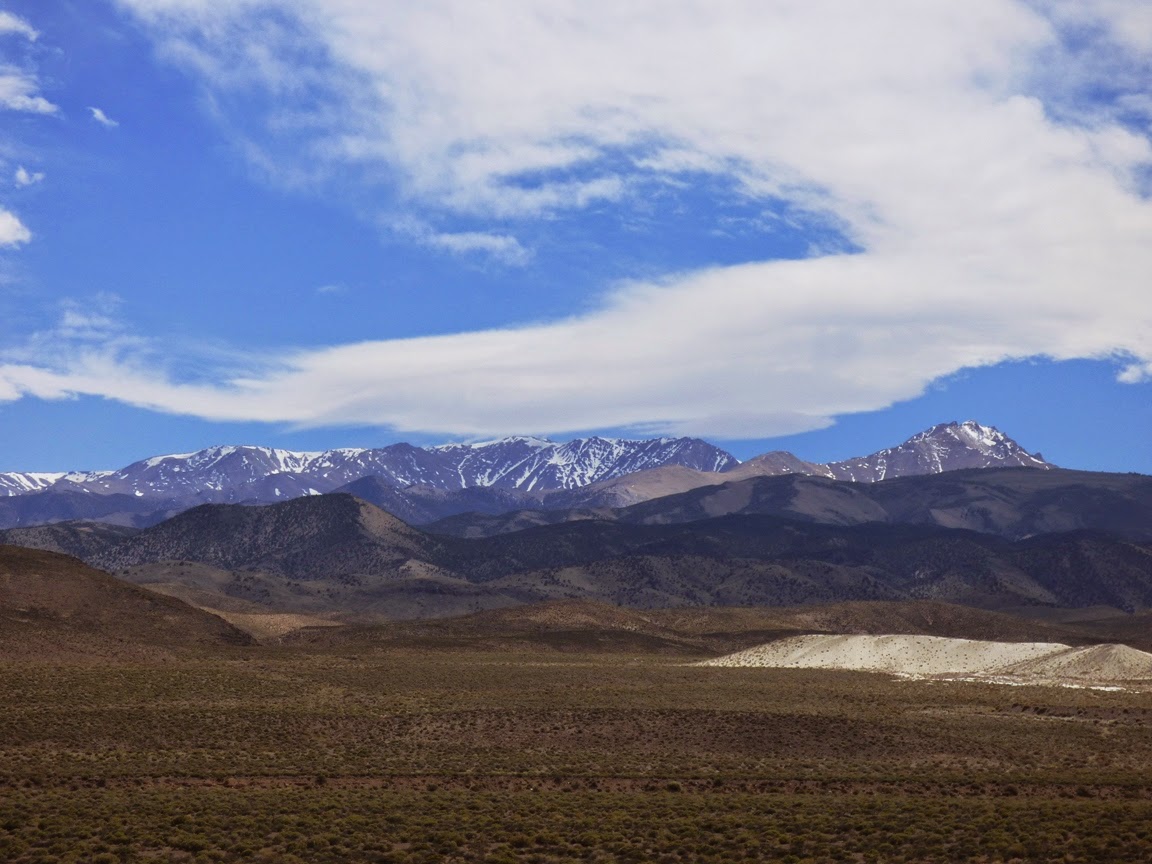 The valley supports some ranching and alfalfa fields, but it's also very dry. We saw some immense dust devils that looked a bit like tornadoes. 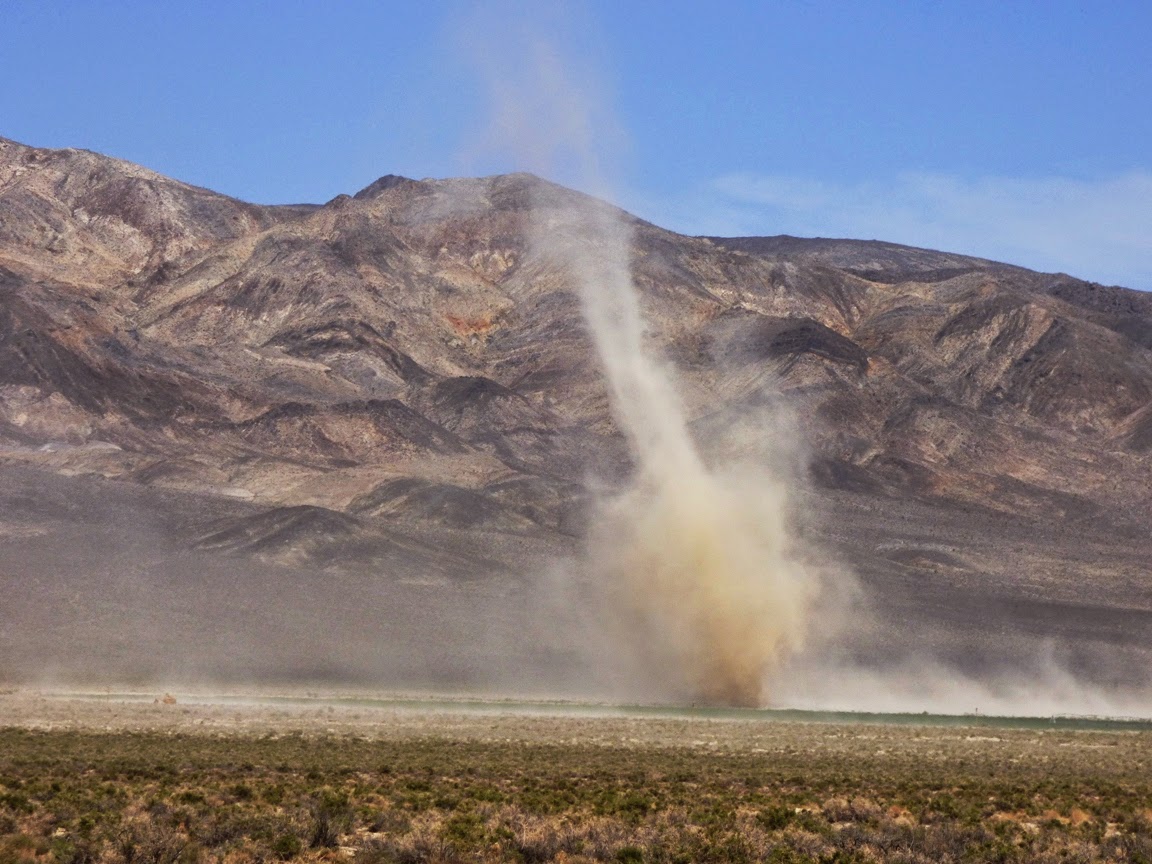 We climbed to Lida Summit and looked back across one mountain range after another to the Palisades Crest in the Sierra Nevada. 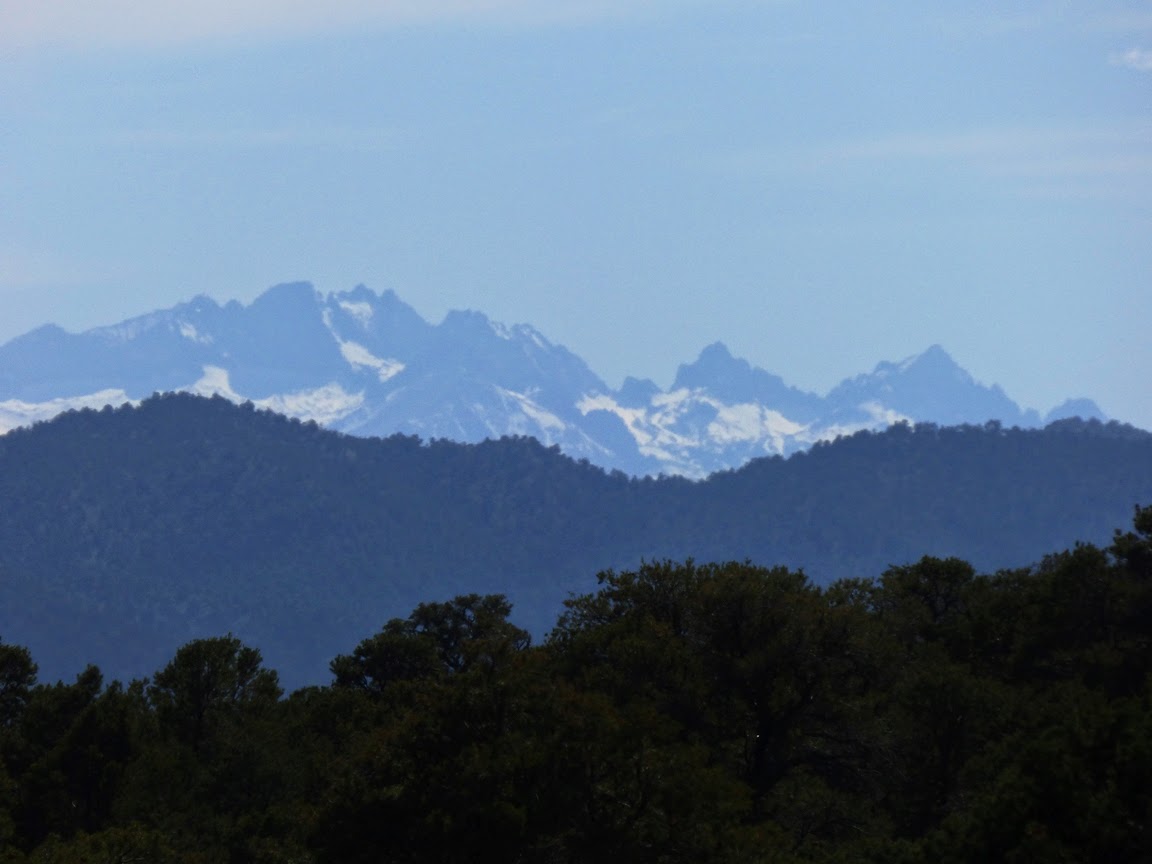 A number of wildflowers were in evidence, including many Prickly Poppies and Globe Mallows. It's dry country, but lots of plants have adapted to the harsh conditions. The extreme range of elevations from 14,000 feet to below sea level have caused the province to have a stunning number of plant species. 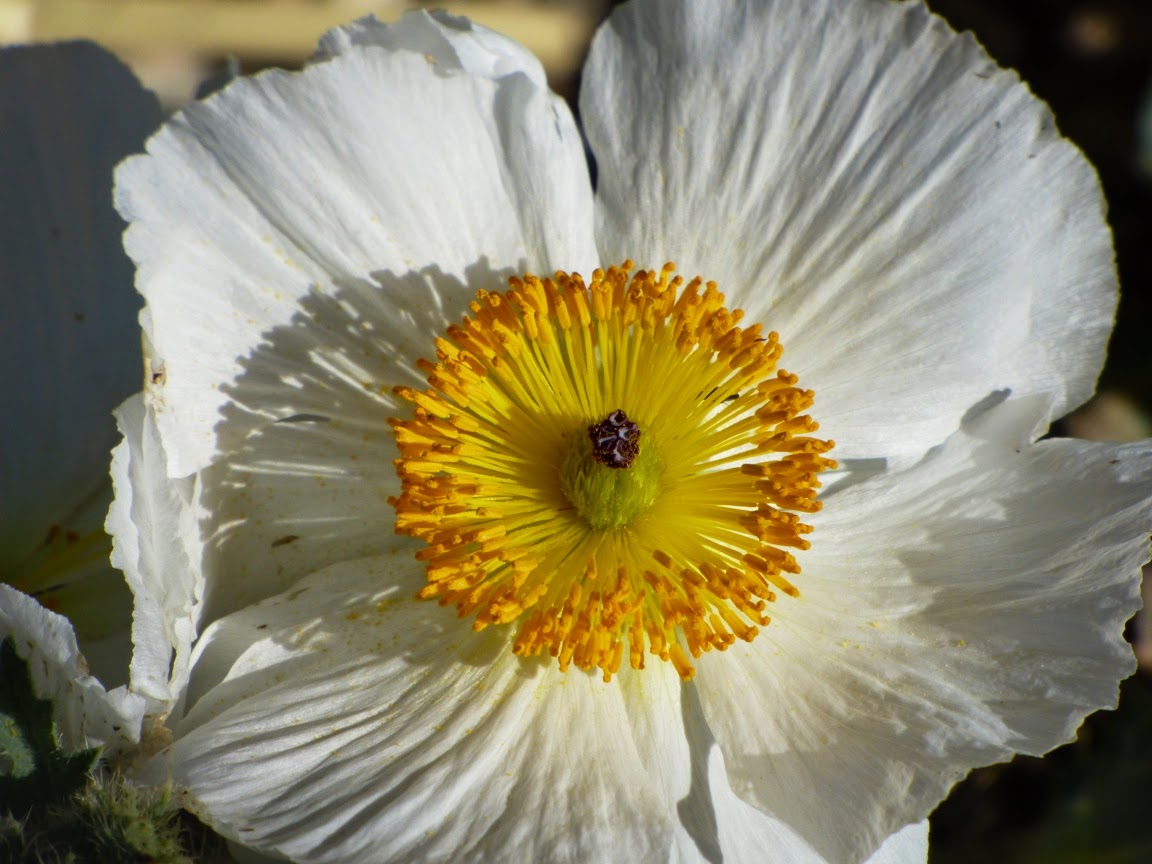 We headed down from Lida Summit and started south towards Las Vegas on Highway 95. 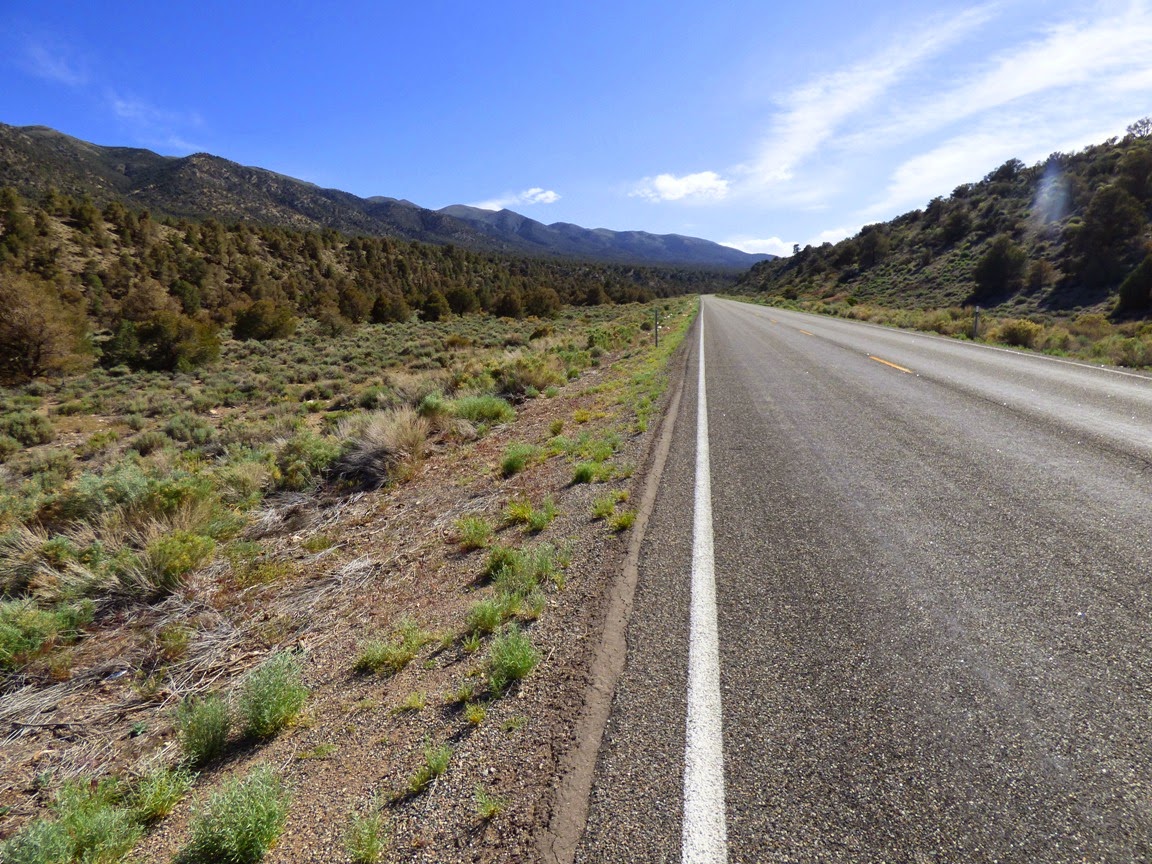 As we rolled slowly (lots of speed traps) through the town of Beatty, Nevada, we encountered dozens of wild Burros. They are the descendants of animals abandoned by the early miners, and they have become a pest in many ways, contributing to overgrazing, trampling rare plants, and fouling springs, but darn it, they're also terribly cute. In hopes of controlling the populations of these creatures the Bureau of Land Management captures as many as they can and puts them up for adoption. 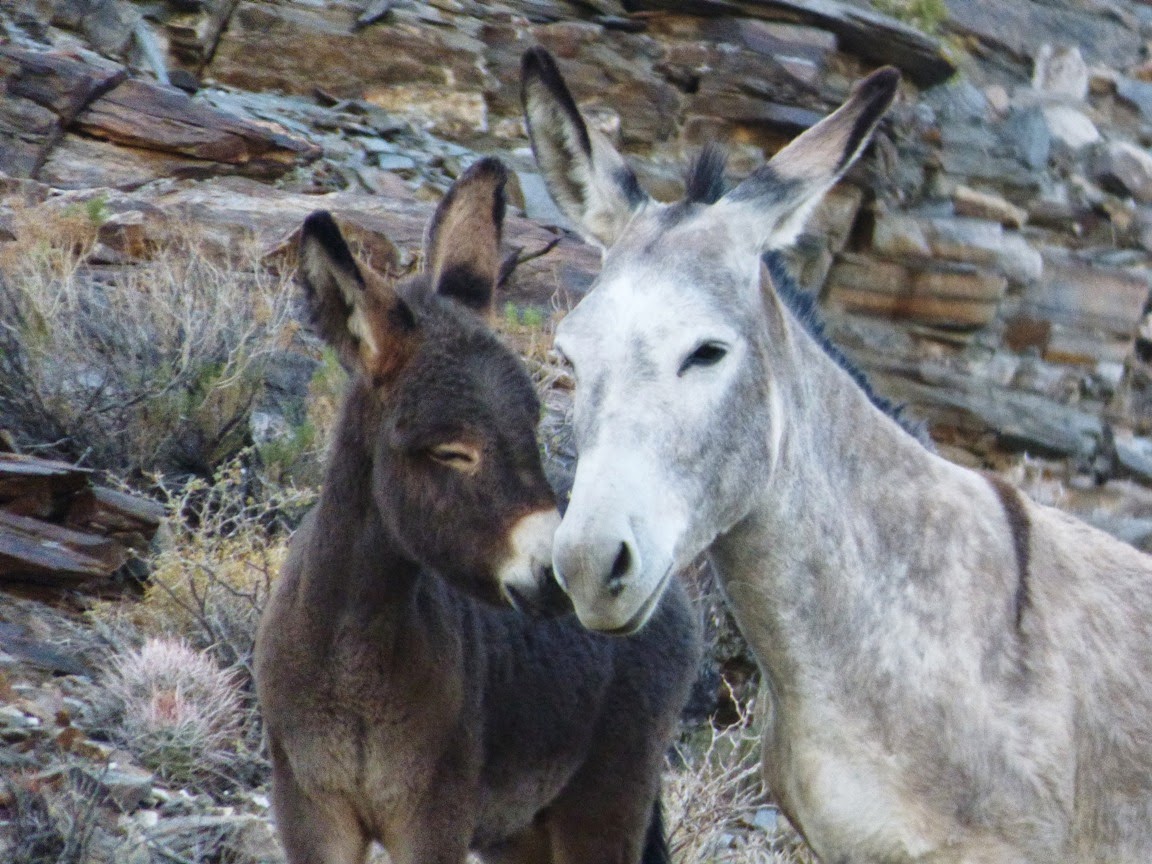 We made to Sin City, and today we met our fellow travelers for the coming week. We had a great day touring the geological environs of Las Vegas, and pictures will undoubtedly appear soon here on Geotripper!
Posted by Garry Hayes at 12:20 AM

I found this quite illuminating. It is refreshing to read about an area that people look at, really look, at and feel for.

I don't care to hear from the, "Are we there yet people," I think they lack vision and respect. I love the narratives of people like James Michner who can look through time in a place and tell its story. Not enough people today are visceral in aspect and are all sound bite. Give me the thoughts of people who really look, and feel than those who fly over or drive through.