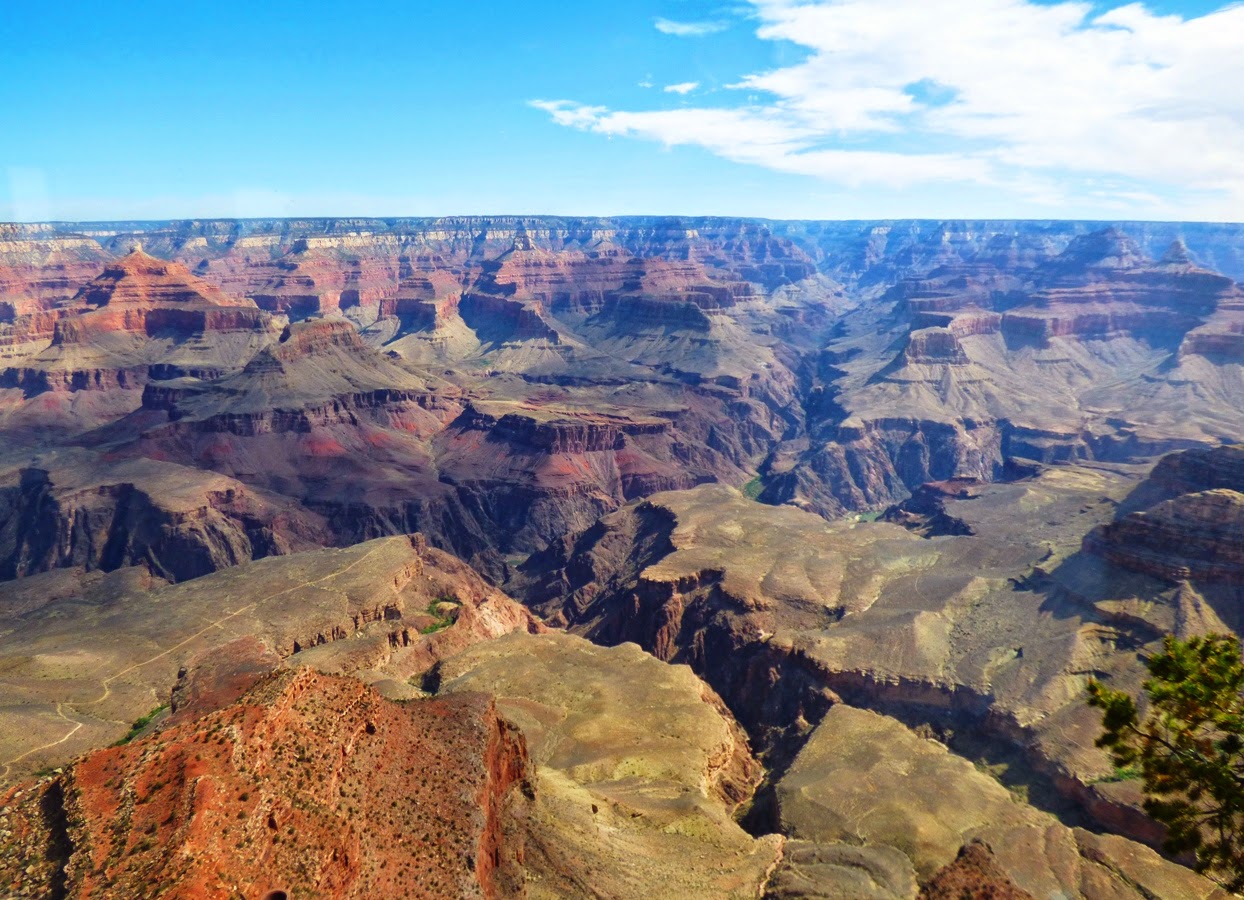 The Grand Canyon certainly has its faults. Loads of them actually. For a place that is famous for having relatively unbroken strata for tens of miles, the number of fault lines is kind of staggering. A stop at Yavapai Point and the Geology Museum is a nice spot to gain an appreciation for the role of faulting in the shape of the canyon.

If you look just right of center in the photo above, you can see the canyon of Bright Angel Creek and the linear pattern that it follows. Erosion worked preferentially at removing the crushed and broken rocks along the fault line, giving the canyon its unusually straight appearance. The picture below provides a closer perspective. 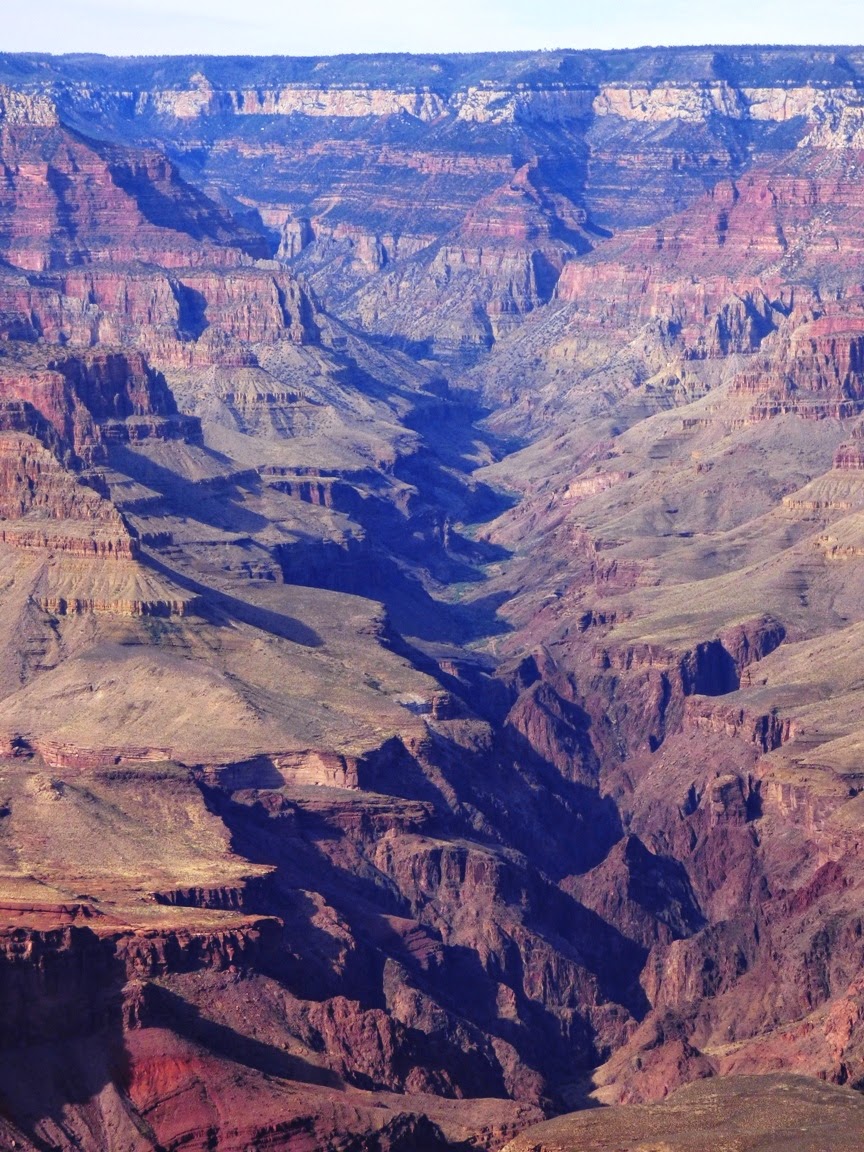 Faulting has influenced the region numerous times in the history of the Kaibab Plateau, including episodes of faulting in Proterozoic time 1.7 billion years ago that were primarily compressional in nature. Later, another period of mainly extensional faulting took place around 600-800 million years ago as the ancient supercontinent of Rodinia was breaking up. As can be seen in the geologic map below of the Bright Angel Creek area, the ancient rocks are riddled with faults (the entire map of the eastern part of Grand Canyon National Park can be found at http://pubs.usgs.gov/imap/i-2688/i-2688.pdf).


There's an interesting little "twist" just downstream of Bright Angel Creek in the canyon of the Colorado River. Can you see it? There's another fault exposed in the Proterozoic rocks of the Granite Gorge Metamorphic Suite and the Grand Canyon Supergroup. The fault is ancient, having not offset the overlying Paleozoic rocks. It may be a trick of perspective (and I'm open to correction), but I think I'm seeing a prominent drag fold where the layers have been twisted in the direction of the fault motion. If it is a drag fold, can you see the little mystery? 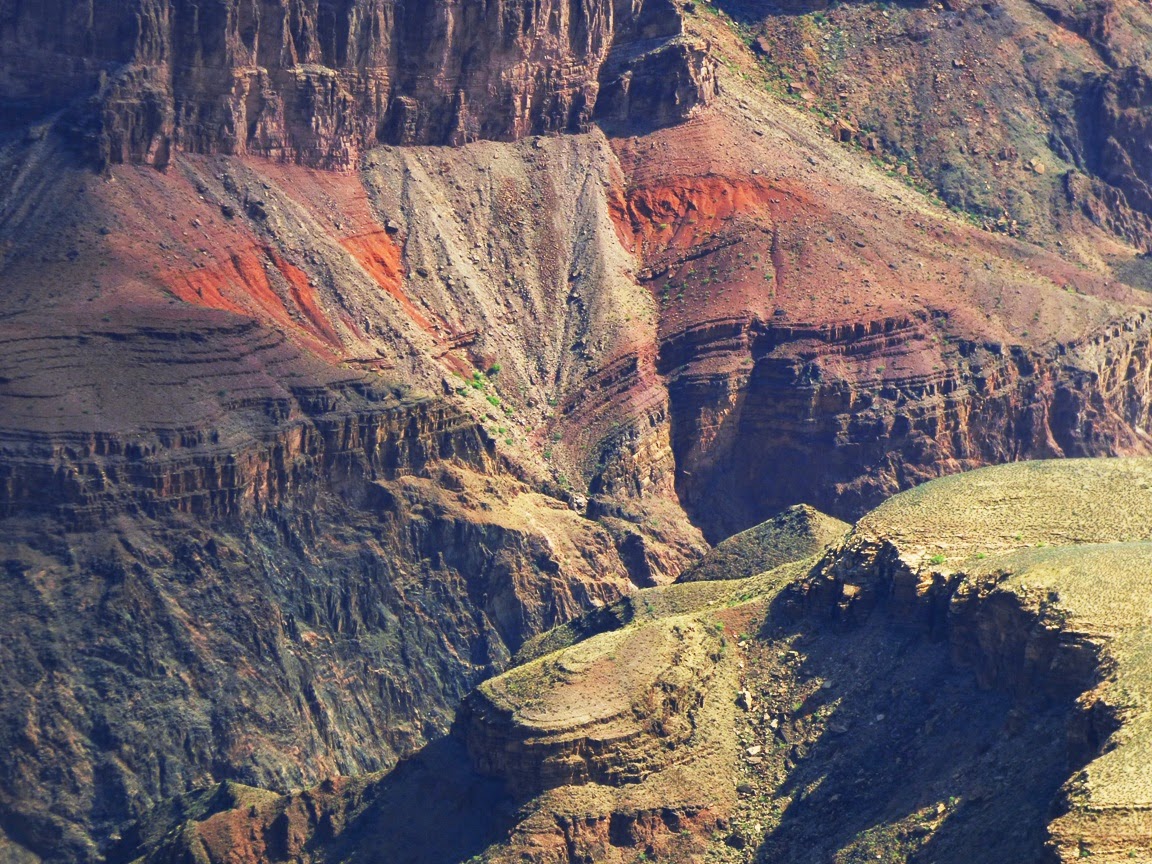 I've annotated the picture below to help define the fault relationships in the outcrop. So, what strange thing happened here? When a few of you have guessed, I'll tell you what I think in the comments section! 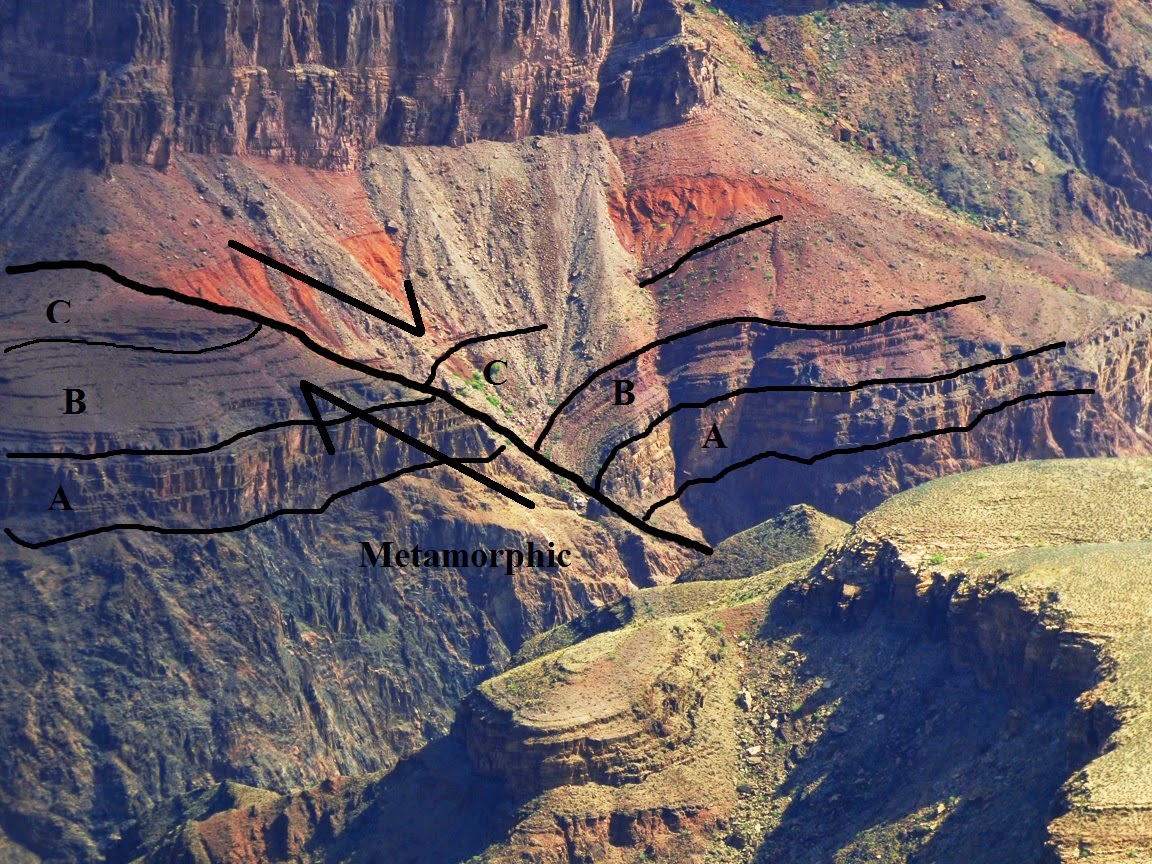 I'm thinking maybe compressional reactivation along an originally low-angle normal fault. Based on some experiences I've had, I don't "trust" drag folds... they're tricksy little Hobbitses.

I agree about drag folds!

I think Lockwood has it. The drag fold goes one direction, but the offset is the other.