It's Not What's There in Grand Canyon That's Incredible, It's What's Missing 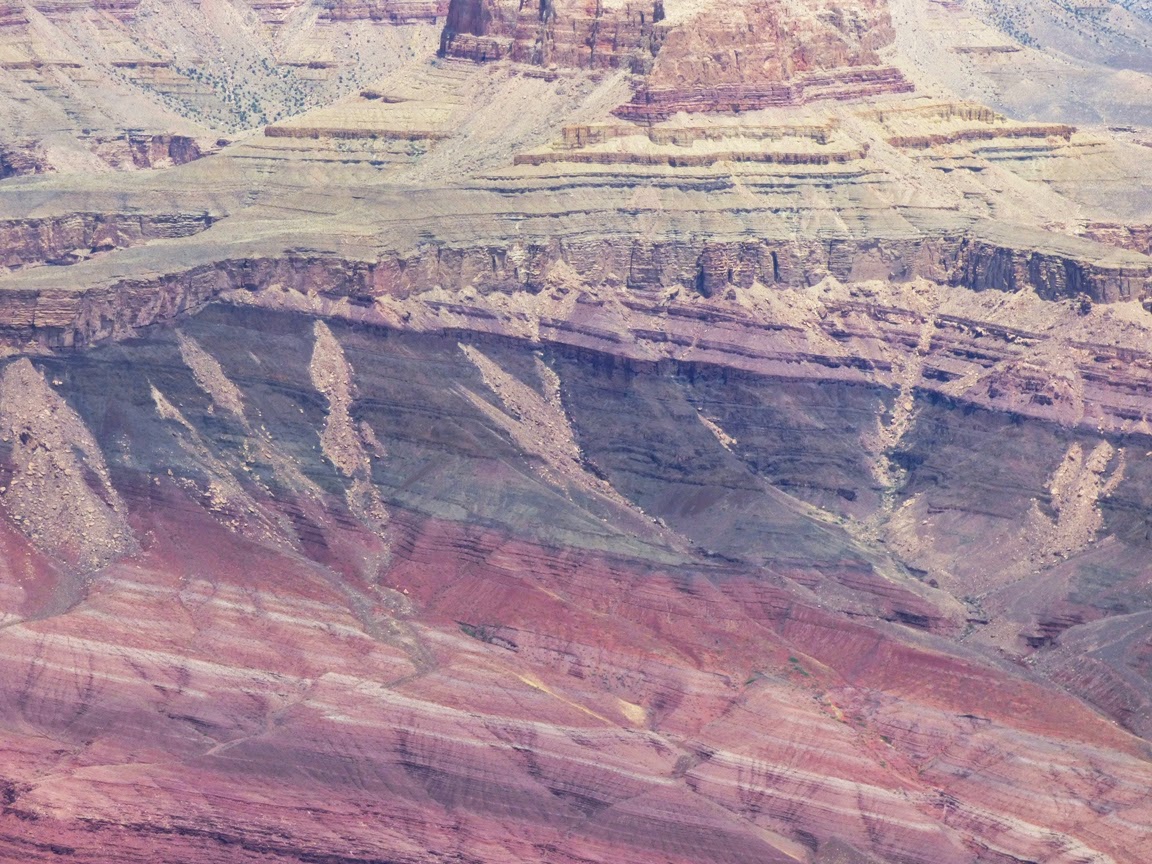 Our trip last week started in Las Vegas, Nevada, where we paid a visit to an exposure of the "Great Unconformity" which is also seen in the bottom of the Grand Canyon. A participant noted that he had seen Copperfield make an elephant disappear once, but that this week he had seen a geologist make a billion years disappear. That's what is incredible about the Grand Canyon. There are lots of interesting rocks to see, but the story they tell is that a whole lot more rocks are missing. Many times more rocks that we can see.

No part of the crust holds a complete story of the Earth. There simply hasn't been a spot that has been stable enough through the billions of years of geologic time to continually collect sediments. Instead, the story of every place one can ever visit on Earth is that it has been uplifted, eroded, deformed, and subsided numerous times. The Grand Canyon has been unusually stable compared to most, but still there are huge gaps in the story. These gaps where erosion took place are called unconformities. There are at least fourteen of them exposed in the Grand Canyon.

The most obvious kind of unconformity is called an angular unconformity and the eastern part of the canyon exposes one of the most famous examples in the world. It separates the tilted rocks of the Grand Canyon Supergroup from the flat-lying Paleozoic sediments that make up the most visible part of the canyon walls. Sediments more than 12,000 feet thick once covered the region. They accumulated between 1.25 billion and 700 million years ago, but were eventually broken and tilted by faulting. Almost all the rocks were eroded away except for isolated blocks such as those seen in the picture above. 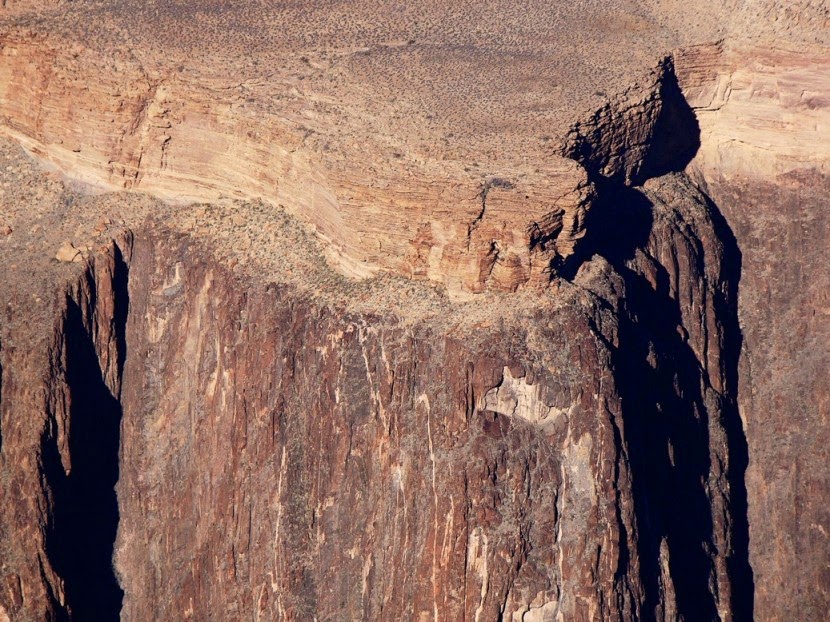 The second kind of unconformity divides older metamorphic and igneous rocks from younger flat-lying sediments. It is called a nonconformity. It is one of the most profound in the region, as the old metamorphic rocks represent the roots of a vast mountain range many thousands of feet high that was completely eroded away to a flat plain. The gap between the rocks extends from 1.7 billion years to just 500 million years ago. 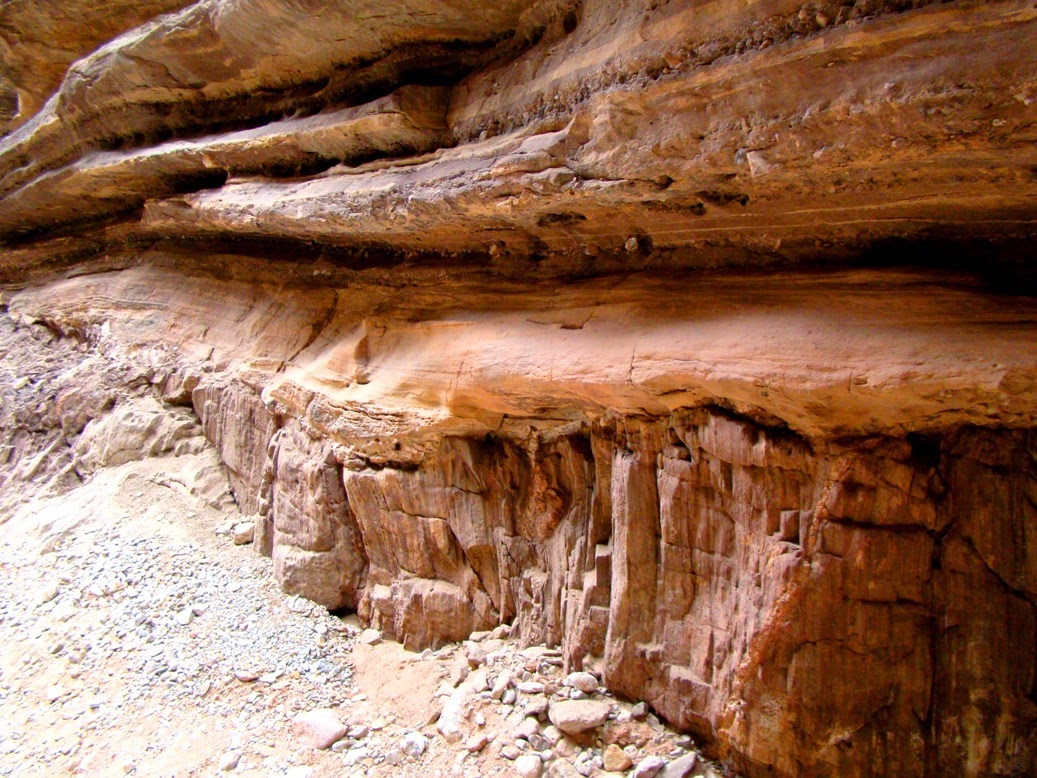 If you ever have the opportunity to raft the Colorado River, be sure to stop in Blacktail Canyon and walk a short distance up. It's gorgeous in its own right, but is one of the best places in the entire canyon where one can lay a hand across a billion years.
The third type of unconformity is a disconformity, where there are horizontal sediments both above and below the surface of erosion. Most of the boundaries between the Paleozoic formations making up the bulk of the canyon walls are disconformities. The time gap between the Cambrian layers of the Tonto Group and the Mississippian Limestone is more than 100 million years (in the picture below). For perspective, consider that 100 million years ago, dinosaurs still dominated terrestrial habitats on Earth.
Most written descriptions and interpretive signs emphasize the thickness and nature of the rocks exposed in the Grand Canyon. J. Michael Timmons and Karl E. Karlstrom, in their wonderful work Grand Canyon Geology: Two Billion Years of Earth's History, have taken a different tack in representing the rocks. Their stratigraphic column showing the formations in the canyon also shows the approximate time frame of the time periods that are missing (in white). 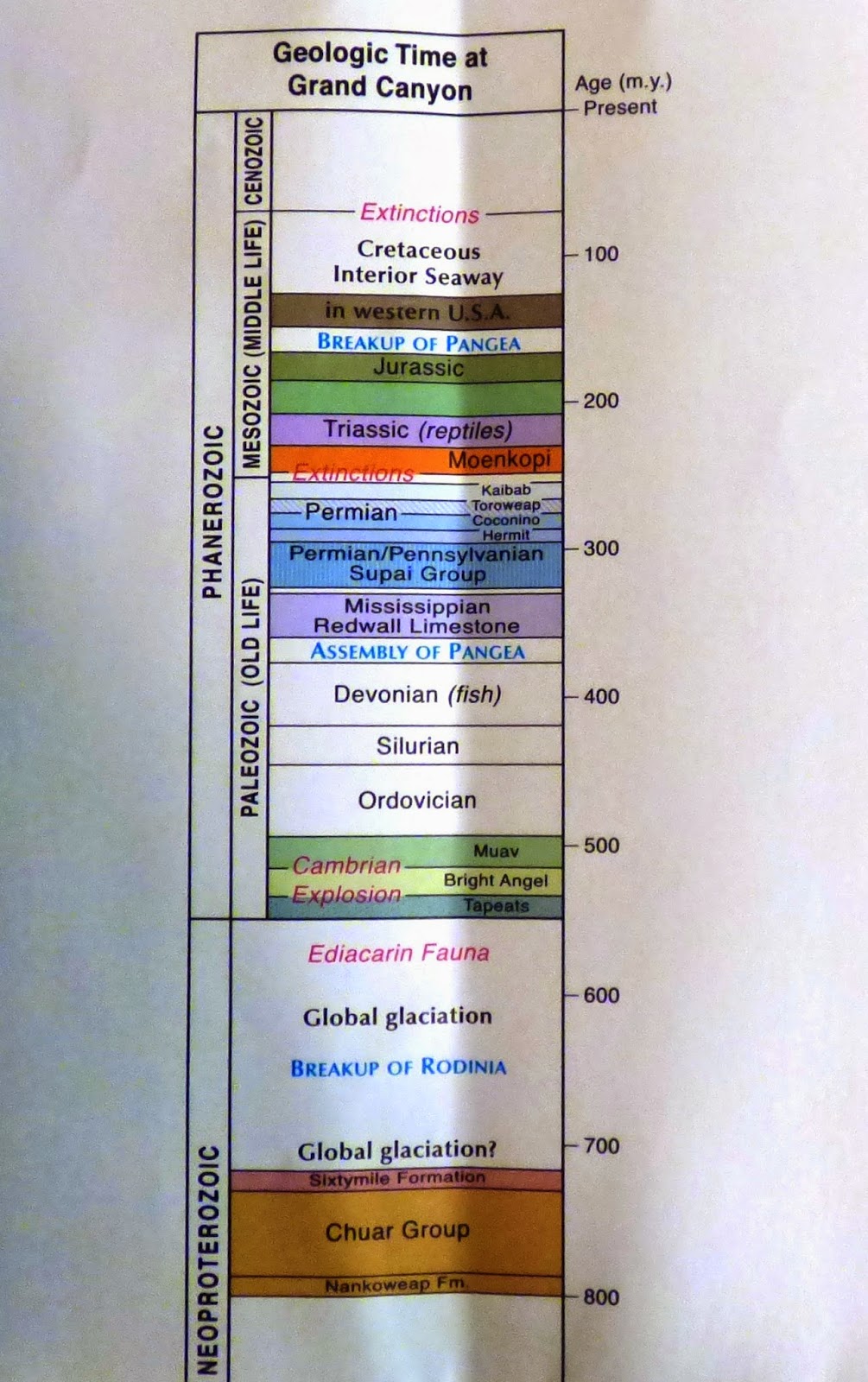 It's not an unconformity, but the other rocks that are missing from the Grand Canyon are the roughly two miles of sediments that once lay on top of the Kaibab Formation. We know they were there because they are found all around the Grand Canyon region, but they've been removed by the unrelenting forces of erosion. All told, there are about 4,000 feet of Paleozoic rocks making up the walls of the Grand Canyon. But there are in excess of 25,000 feet of sediments that have been removed, and a similar amount of metamorphic and igneous rocks as well. 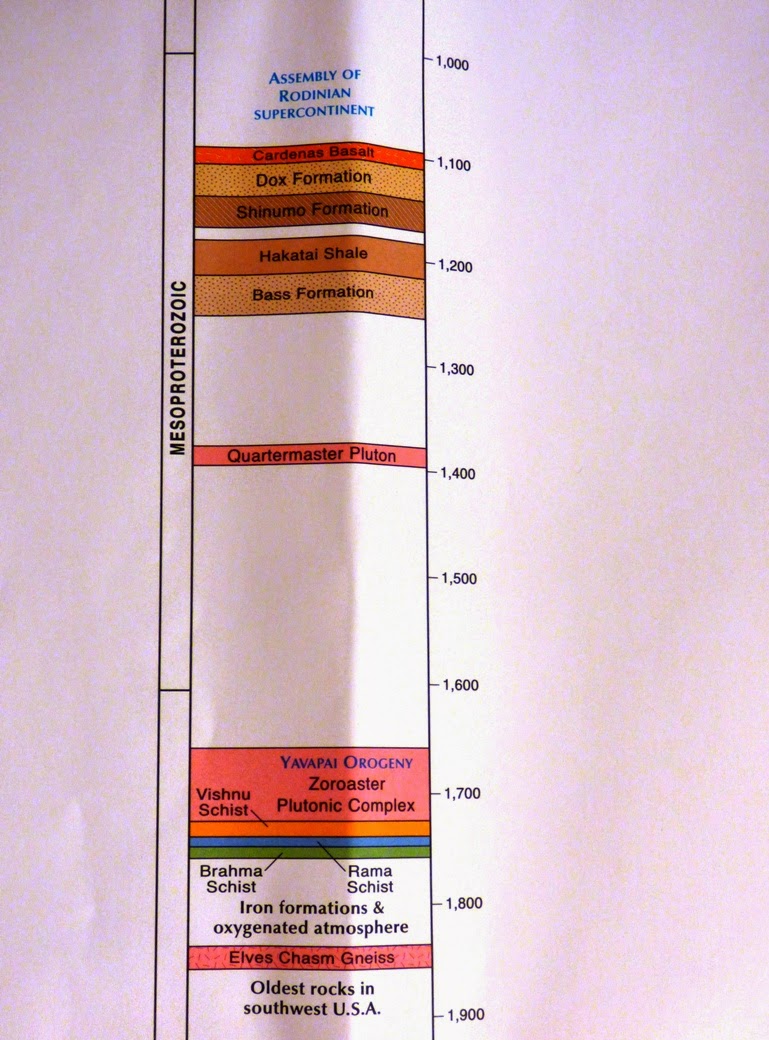 The Grand Canyon is incredible, but the missing rocks of Grand Canyon are extraordinary!
Posted by Garry Hayes at 1:02 AM

I really like your article... I'll probably never get there to see it for myself, but your explanation and the pictures have enriched my world...

In addition to the time absences you feature, the landform of the Grand Canyon can fairly be said to be defined by absence, a great volume of air where rock once existed. People can imagine erosion someday erasing the canyon cliffs completely, leaving only an unconformity for subsequent deposition. Deep time is humbling.

Excellent explanation. You really should be a Ranger.

I've read many of your posts about the grand canyon, but I think this is the first that addressed all the un/nonconformities and missing rock (maybe not, I'm a novice). Yet another interpretation of a great cavern of the earth.