Is There Ever a Boring Sunset at Grand Canyon? 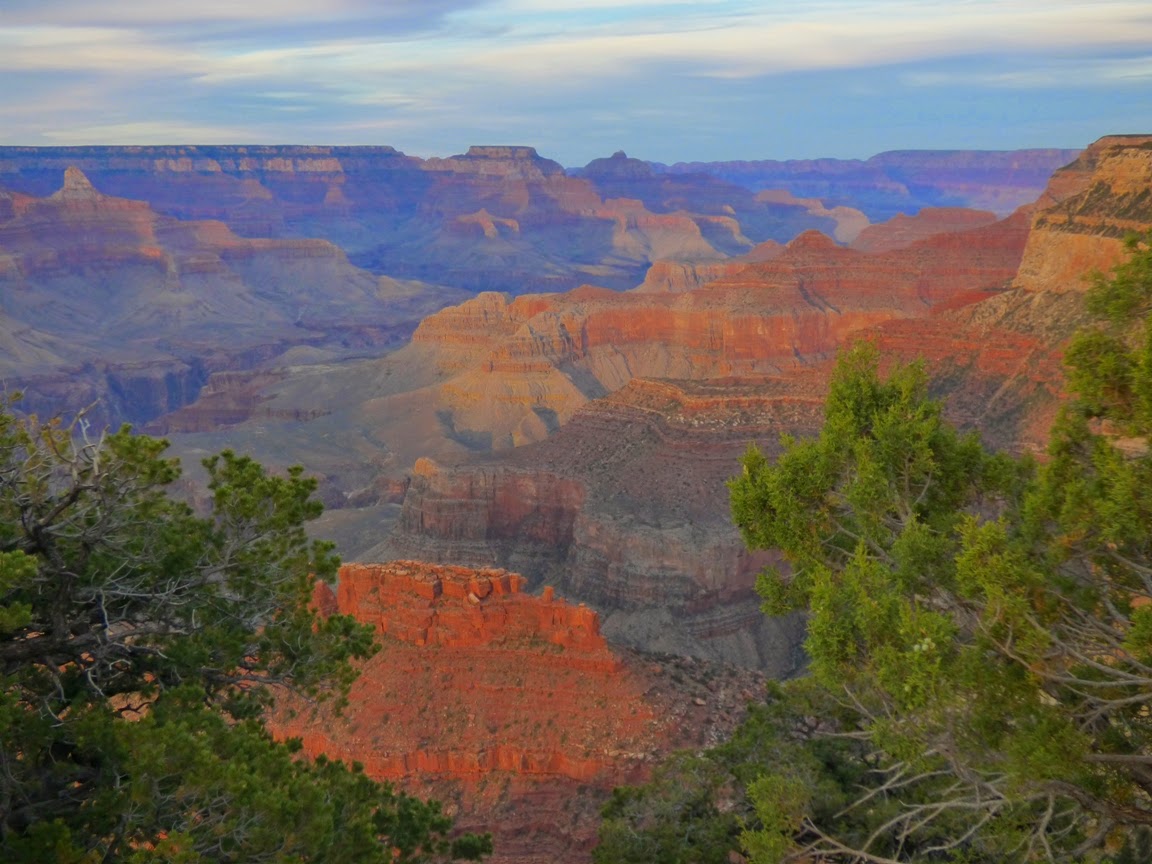 The Grand Canyon is the place. It is perhaps the most stunning exposure of raw geology in the world (although I know there will be some who have their own candidates in this matter). What sets the Grand Canyon apart from so many others is the sheer scale of the scenery; it is a place where any side canyon would be a national park of its own in any other setting. It is a spectacle, day or night, and those parts in between. Especially those parts in-between. 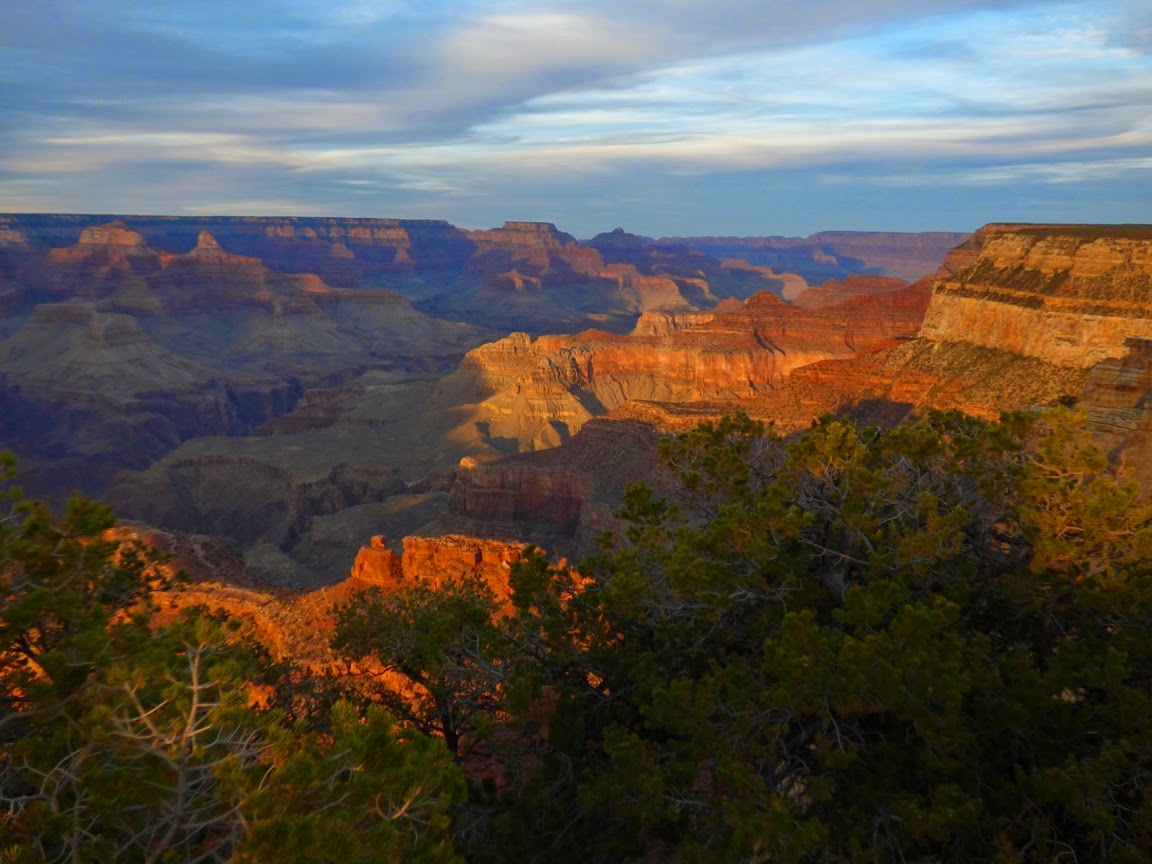 I've never lived at the Grand Canyon, but I have been there dozens of times, and I can't remember a boring sunset. The lengthening shadows add perspective and depth to an already amazing scene. On our recent visit, we headed out to Powell Point. Park interpretive materials suggest a number of places for excellent views, but none of them suggest Powell, which was fine with me. I was surprised by how few people joined us on the rim. Powell Point juts out into the canyon a short walk from Hopi, but on our particular night only a dozen or so people were present at the end of the trail. 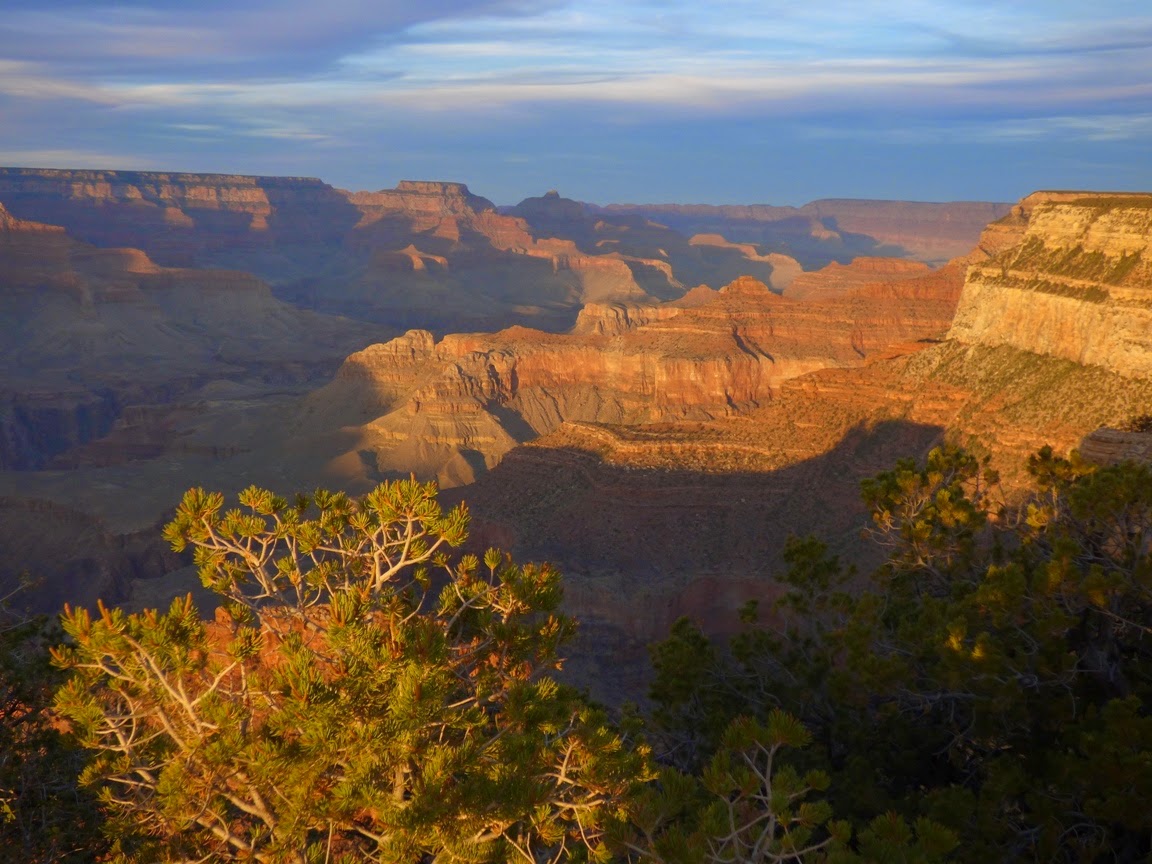 It had been somewhat of an overcast day, and the sun was hidden behind a bank of clouds as it sank towards the horizon, so the colors were somewhat muted at first. But we could see a gap in the clouds near the horizon where the sun would have a brief moment of clarity before setting. The light burst through and the canyon lit up. 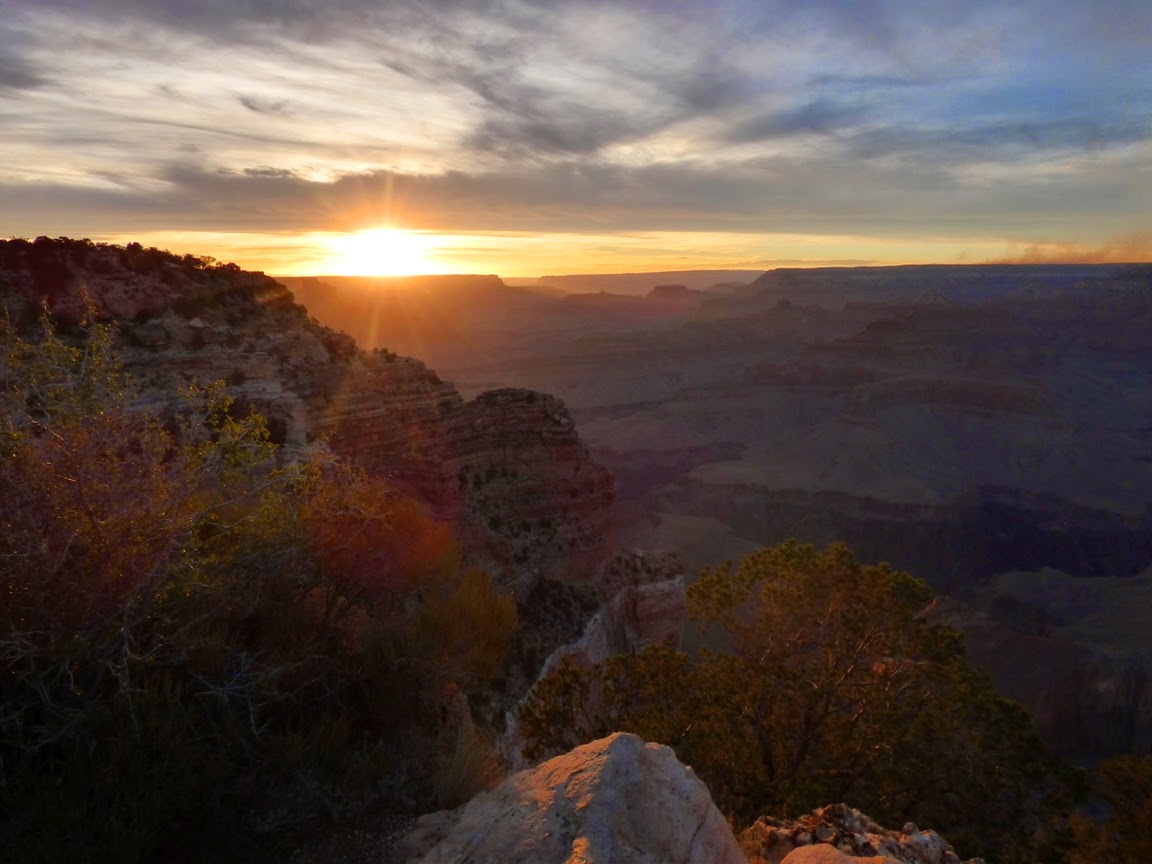 The Grand Canyon offers up such visual spectacle because of the variety of changing environments over the course of 300 million years in the Paleozoic Era. The iron-rich sediments of the Supai Group and Hermit Shale, laid down in the floodplains and deltas of the Ancestral Rocky Mountains provide the intense reds and browns in the middle canyon. The windblown sandstones of the Coconino and the limey sandstones and gypsum beds of the Kaibab shoreline provide yellows and whites near the canyon rim. The dark metamorphic rocks of the Proterozoic lie hidden in the depths of the inner gorge. 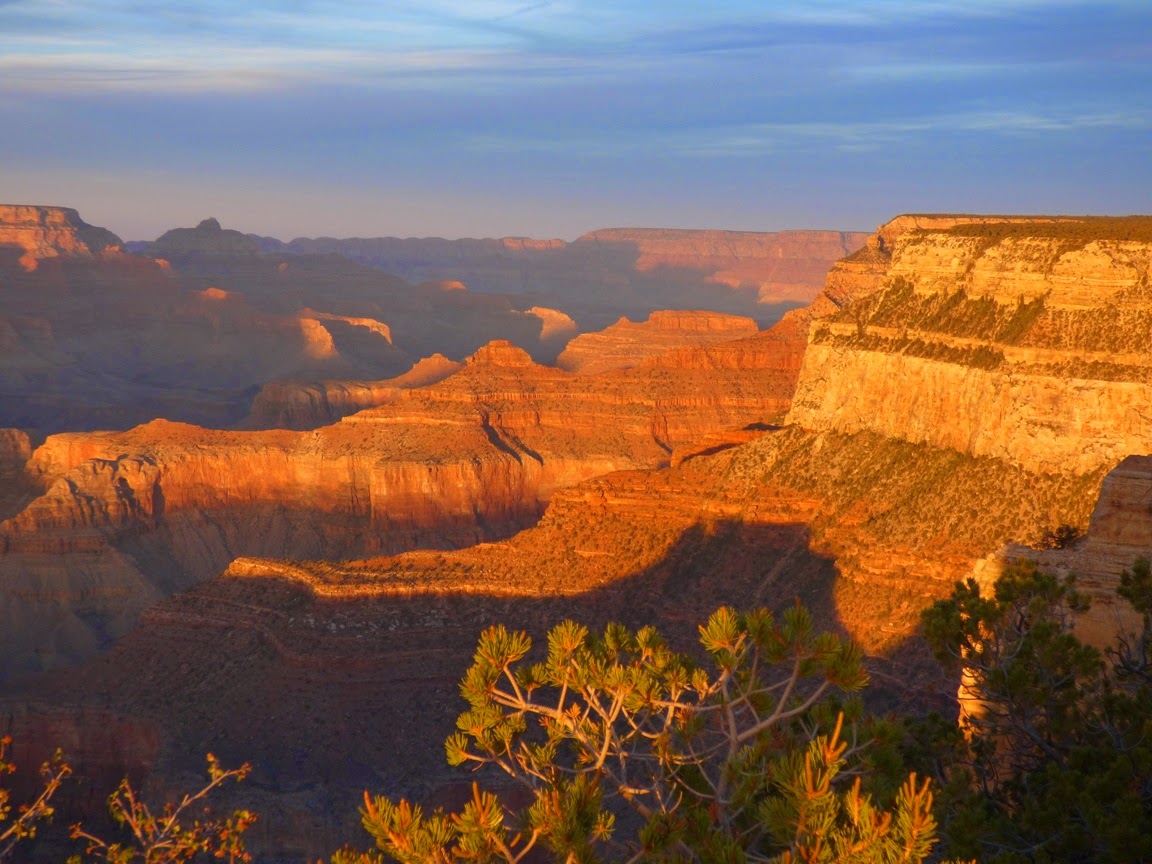 Any place in the world can put on a light show as the sun sinks beneath the horizon, but the Grand Canyon is nearly 8,000 feet above sea level with a long gentle slope to the west. The horizon is many miles distant, and clouds stay lit much longer than normal. 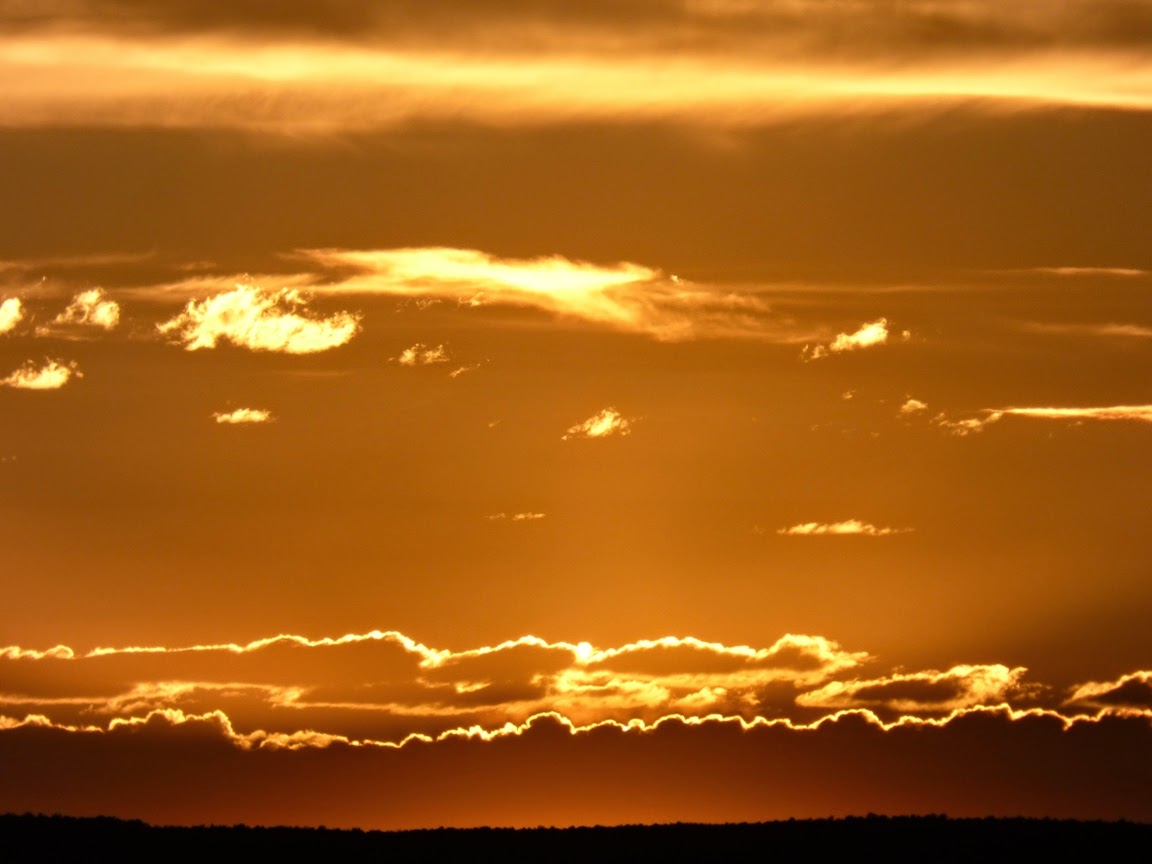 The sun finally faded, and we patiently awaited the tram that would bring us back to our abode for the night. I took a walk along the rim later that night just to hear the emptiness and silence. There simply is no place like the Grand Canyon. 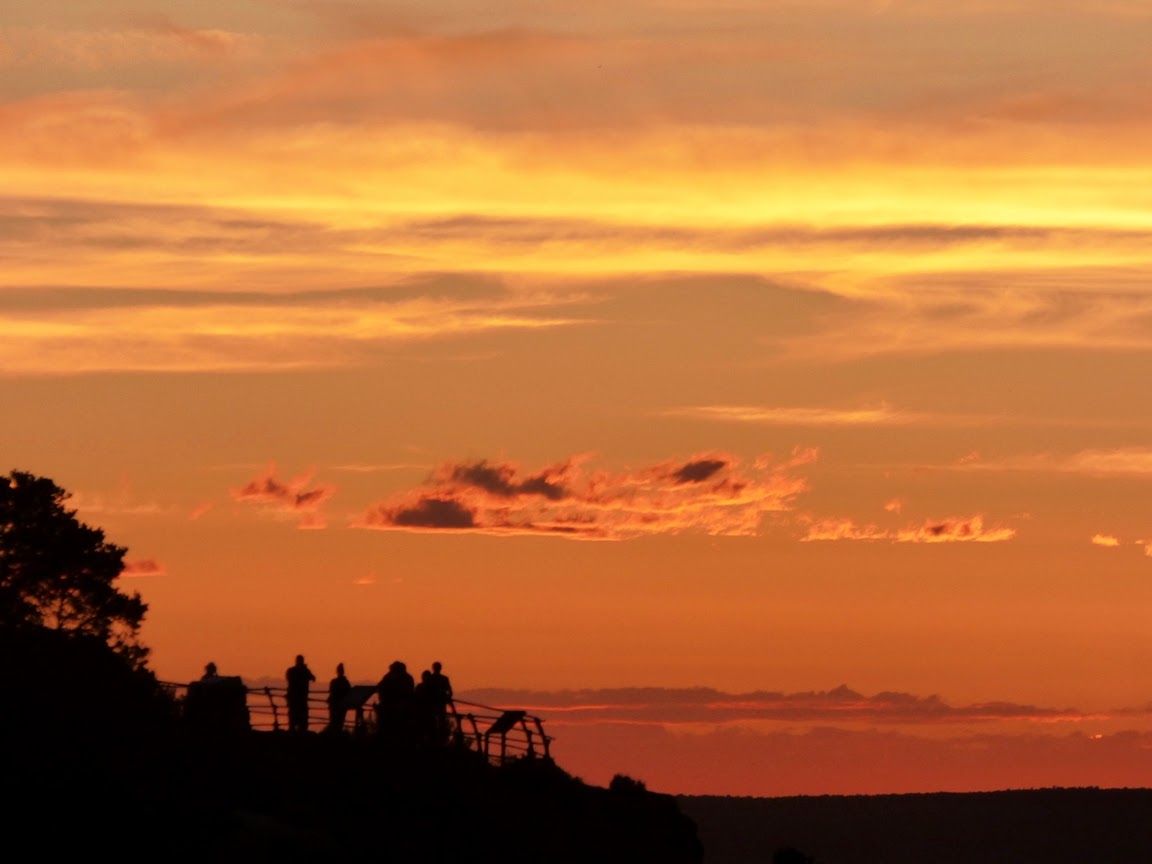