How it was Today: Fall in Yosemite Valley 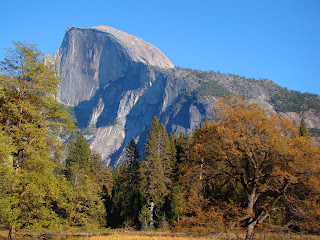 Gotta get those class field trips in before the snow falls...this week it was an Earth Science class, and we headed up the hill to Yosemite Valley. The peak of the fall colors passed a few weeks back, but there were still lots of yellow and red leaves on the oak and dogwood trees tucked away in the corners of the valley floor.

The topic of the day was the geology of the valley, but this post is all about the colors of nature, and the beauty of the valley. Enjoy!

The top picture is Half Dome ( "Tis-sa-ack", or Cleft Rock in the language of the Miwok people), and an elm tree that I once called the most beautiful tree in the world. 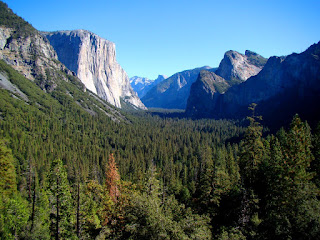 It was a sparkling clear day. I enjoy having clouds and sunset colors to provide some variation in pictures from the Tunnel Viewpoint, but sometimes I just like having a blue sky to border the sheer cliffs. 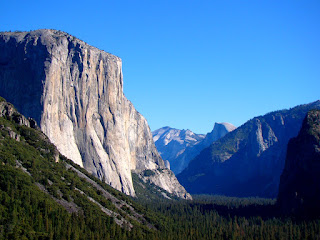 El Capitan is one of the most famous cliffs in the world, with a vertical drop of 3,000 feet or so. 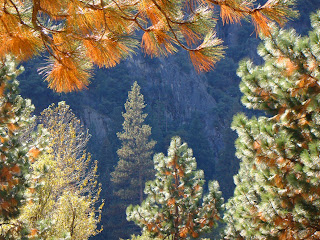 The clear skies lent a crispness to the leaves and needles of trees around the valley floor. 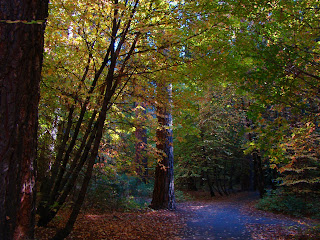 I walked across the valley floor from Yosemite Lodge to Happy Isles. I'm not sure the precise route that I took, since I kept changing direction, following the most colorful trees and sunlight. 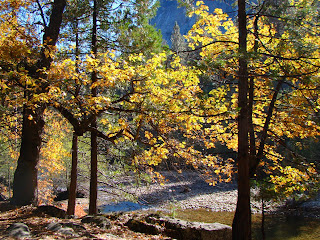 I was along Tenaya Creek when I snapped these two shots. 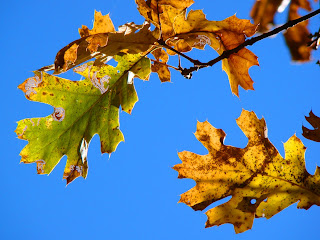 One of the campgrounds was being renovated, but that didn't keep the ravens from trying to find a way into the trash dumpsters. This one seems to be looking at me and saying "yeah, you and what army?". 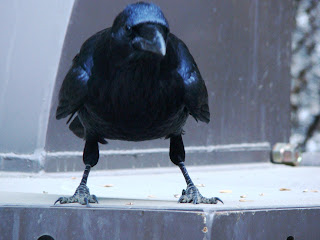 There are a number of year-round springs, so it wasn't hard to find bubbling creeks, especially around the fen in Happy Isles. 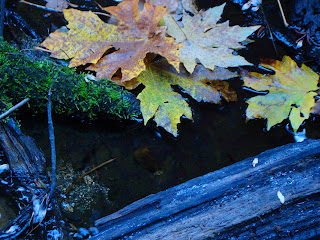 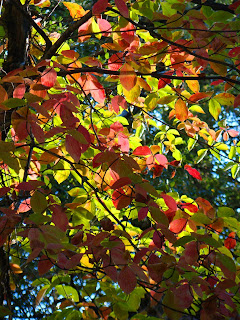 The deer weren't too concerned about us curious tourists. They actually are the most dangerous creatures in Yosemite outside of us humans: they've killed more people than rattlesnakes and bears combined (not hard considering that bears and rattlesnakes haven't killed anyone in the last century). 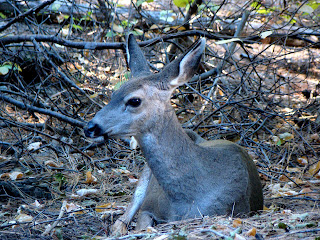 After meeting the class at Happy Isles for a discussion of the 1996 rockfall, I hooved it back to Yosemite Lodge, and almost beat the students, who had caught a very crowded tram. Along the way I strolled through this beautiful avenue of golden colored oak trees. 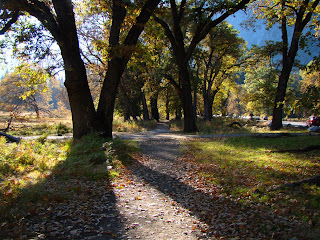 The colors are stunning.