Vagabonding across the 39th Parallel: The Birth of the Colorado River and Arboreal Apocalypse 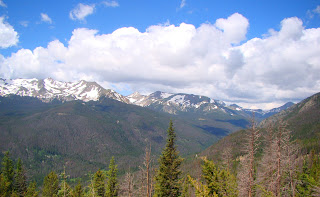 The continuation of our journey vagabonding across the 39th parallel found us descending from the high country of Rocky Mountain National Park on the west side of the Continental Divide. We were looking at views down the long Kawuneeche Valley and the Never Summer Range beyond. There is something special about the Kawuneeche: it is the headwaters of the one of the nation's most important rivers, the Colorado. 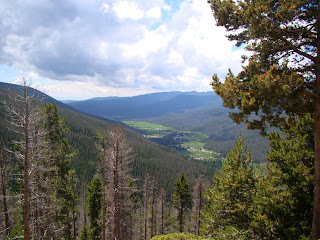 The Colorado is no record-breaker in the discharge department. It is dwarfed by rivers like the Ohio, the Columbia, or the Mississippi. The significance of the river lies in its location of the arid southwest. Upon leaving the Colorado Rockies, much of the river's route lies in barren deserts. As such, the river is life to the growing populations of Arizona Nevada and Utah. The river is also directly responsible for some of the nation's most spectacular parklands, including Canyonlands, Arches, and of course the Grand Canyon. Major tributaries to the Colorado have carved Zion, Bryce, Capitol Reef and many other scenic parklands. 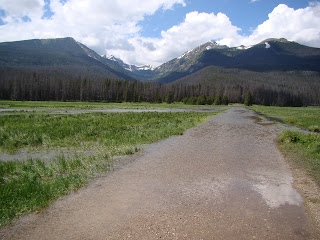 The day we visited Kawuneeche, the river was flooding. There had been a combination of a late spring runoff and severe thunderstorms over the previous few days. Roads were covered in water, and meadows were swampy morasses.

We were distracted by the green meadows and high water, but it slowly began to dawn on us that something was very wrong with the forests. 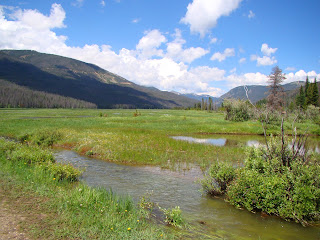 There were dead trees. Everywhere. And not just scattered dead snags; there were whole slopes the color of red rust. It was some kind of arboreal apocalypse. We soon learned that the lodgepole forest had been destroyed by an infestation of bark beetles. They lay their eggs in the bark, and the larvae consume the living tissue under the bark. The trees quickly die. 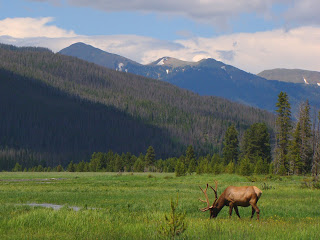 The beetles in less than a decade have destroyed around 3 million acres of mature lodgepole forests throughout central Colorado. In the past the beetles have been controlled by bitter cold temperatures that kill the larvae over the winter. But for several decades the bitter cold winters haven't happened as global warming has become the new norm. A few years of drought and the trees are defenseless. 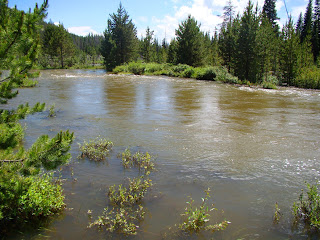 The dead forests are a fire hazard, and a physical hazard to homeowners and tourists. The dead snags can topple at any time. Without the root systems, slopes are destabilized and mudslides become a serious hazard. There are a few efforts underway to make use of the dead wood, including energy production and building.

We had been wondering why lots of campsites were available at Timber Creek Campground, when our previous campsites on the east side of the park had been completely filled. The reason was obvious when we pulled in: every tree in the campground had been cut down. There wasn't a bit of shade anywhere. We drove on for another hundred miles and nearly every slope was brown. It was a sad sight.

The forests will grow back, but if the beetles are not controlled in some way, the lodgepole pines will be attacked when they get to a diameter of about five inches. Kind of an uncertain future, and not a good thing for the people in the region who depend on tourism. 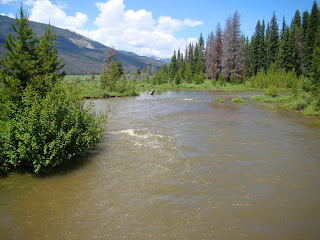 Late in the day we had a decision to make. We had no actual plan or route for getting home, and we reached a junction of a road that would take us north to Dinosaur National Monument and the High Uintas of Utah, or a road that would take a more southerly route through the desert country of Arches, Zion and Bryce. We flipped a coin, and headed south...
Posted by Garry Hayes at 11:31 PM

Thanks for sharing the birth of the Colorado River. I was afraid the dead trees meant beetle kill. Maybe if fire is allowed with more frequency that will help also. Nothing we can do about the temperature changes.