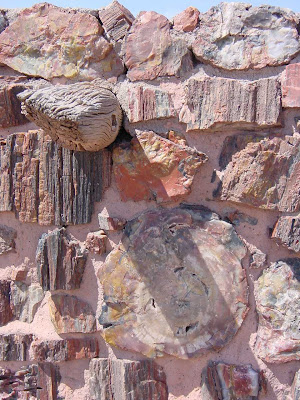 The answers to Friday's Mystery Questions came fast and correct! The answers:

What is wrong with the poor tree? Answer: Nothing.

And why is that the wrong question to ask? Answer: Because nothing is wrong with the tree. It is indeed a Dawn Sequoia, which is a deciduous tree that drops its needles every fall.

How can this tree be related to the one discussed above? The second tree is a gingko, and both trees are "living fossils". They both occur in the fossil record, and the gingko is a familiar ornamental tree, but it occurs in the wild in only one or two groves in China and the 'wildness' of those groves is disputed. The trees must have been virtually extinct before a few of them were discovered and cultivated by humans. The Dawn Redwood was thought to be extinct until a small grove was identified in China in the 1940's. 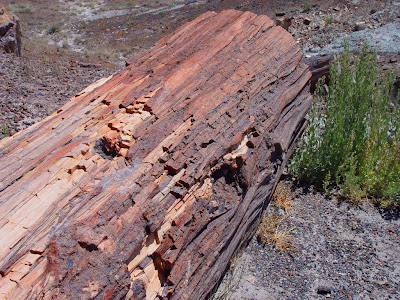 And what does any of this have to do with geology? In the fossil record, the trees are found on widely separated continents, indicating previous connections between the landmasses, connections that have been sundered by the movements of continents, or by changes in sea level.

I've discussed the story of the redwood trees here and here. One of the most spectacular places to see redwood species as fossils is Petrified Forest National Park in Arizona, but other preserved forests occur in Yellowstone National Park, and in the Calistoga area in northern California (below). 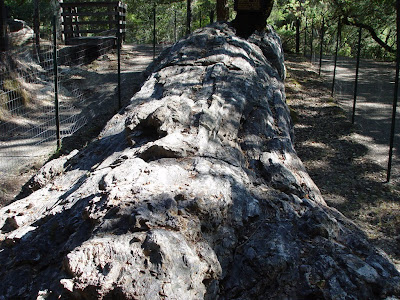 So why the title? What 'last stand'? The trees were reduced to a final stand, small groves that could have been destroyed by fire or logging. Unlike the usual outcome when humans are involved, the trees were saved and now are found throughout the world. That's gonna be an interesting mystery for paleontologists a hundred million years from now!
Posted by Garry Hayes at 10:21 AM

Ginkos still grow near Vantage, WA where their fossils are also found.

I wonder what phylum those future scientists will descend from...

There are sequoias and gingkos at the Florissant Fossil Beds just outside of Colorado Springs.