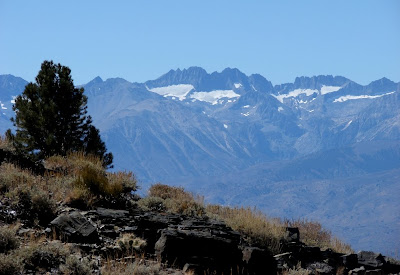 I am writing this blog post today in penance for my faux pas the other day in describing the "climate" at Death Valley as "unusually wet" this week. It was the weather that was wet, not the climate. It was a sophomoric mistake, made worse in my mind because of the cacophony of idiots who decided that global warming and climate change are myths because it snowed in Washington D.C. last week. Changes due to global warming are happening all around us. To deny it, like many conservative politicians and talking heads are doing, is comparable to saying the Titanic isn't sinking as the water laps around one's ankles.

Over at High Country News, "Writer on the Range" Tim Lydon offers up a bucket list of those places to see, not before we die, but before they disappear due to the effects of global warming and climate change. He concentrated on Alaska, ground zero for the effects of warming climate, and areas like Yellowstone and Glacier National Parks in the lower 48 states. It brought to mind some places I need to see soon.

Lydon notes the glaciers in Glacier National Park may disappear in as little as a decade, but California has her glaciers too, including the Palisades Glaciers, seen above in a view from the White Mountains across the Owens Valley. The glaciers of the Sierra have lost something like 75% of their volume over the last century. They won't be around long, and I've only hiked up to one of them.

Another part of our heritage that may disappear is the relic forests of the Mojave. During the ice ages, forests of conifers extended across the Mojave Desert and Basin and Range Provinces. Adapted to wetter conditions, the species retreated as the region became a desert, and most of the forests disappeared until a few small islands remained. These include small white fir forests at the summit of Kingston Peak and the Clark Range. I've never seen them up close.

The Joshua Trees are losing ground as well. They will probably be present for many centuries after I am gone, but their range is decreasing as the climate warms. Their seeds used to be spread in the dung of ground sloths, but without the sloths which went extinct 11,000 years ago, they can't propagate to higher cooler mountain ranges as effectively as conditions continue to warm up. 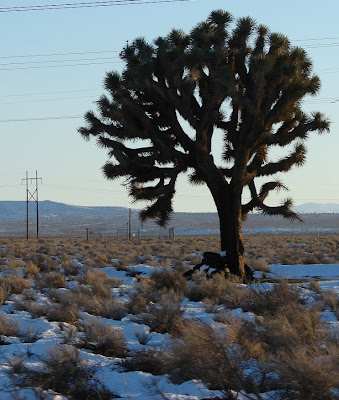 I've watched with dismay as the forests of my youthful adventures in Southern California have burned up in massive wildfires. The giant 270 square mile fire in Angeles National Forest last year hit me especially hard. Wildfires have always been a fact of life in SoCal. Whether the increasing intensity and extent of the wildfires results from warming or from management issues, the forests will probably be replaced with species characteristic of a drier environment. My favorite Jeffrey Pine forests on Mt. Baldy and in Holcomb Valley may become a thing of the past.

What's changing in your region?
Posted by Garry Hayes at 4:29 PM

You've been on the road, so you may not have seen the articles on analyzing Northern Cal and PNW coastal fog... apparently, it has decreased drastically in the past century. If it goes, so does the Coast Redwood. That one really saddened me.