The Way it Was Today: There's Nowhere on Earth Like the Ahwahnee 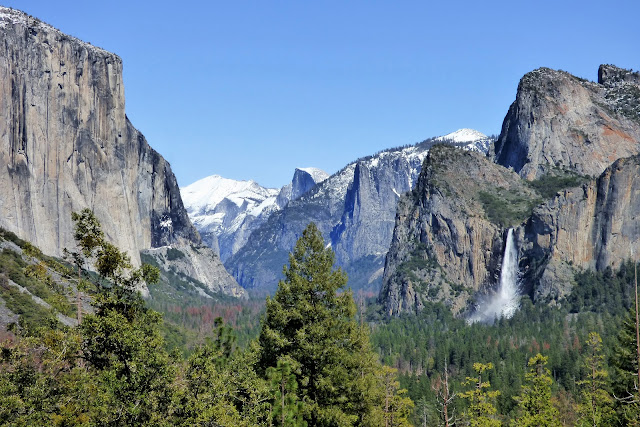 Yes it is true that I am privileged. I live just ninety beautiful miles from this place, Yosemite Valley in the middle of Yosemite National Park in the Sierra Nevada of California. Everyone should be this lucky. It is a treasure beyond the dreams of avarice because its value doesn't lie in money. The value of this place is spiritual. The government of the United States dimly realizes this, and that is why it became our first national park in technical terms, although officially it was the third. Abraham Lincoln ceded the valley to the state of California in 1864 to be preserved forever. Yellowstone became the first actual national park in 1872, and Yosemite became a park in 1890, just a few weeks after Sequoia National Park a few miles to the south. 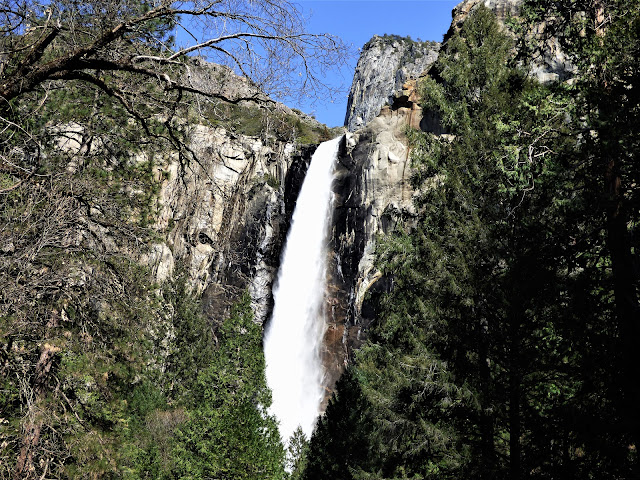 The valley's true name (in the sense that those who discover it get to name it) is Ahwahnee, the name given by the ancestors of the original inhabitants, the Ahwahneechee. They had been living in and near the valley for at least 3,000 years, and possibly many more. The name Yosemite was given by the European colonizers who arrived only a century and a half ago. It was a corruption of the Native American name for "Grizzly Bear" or "Killer". 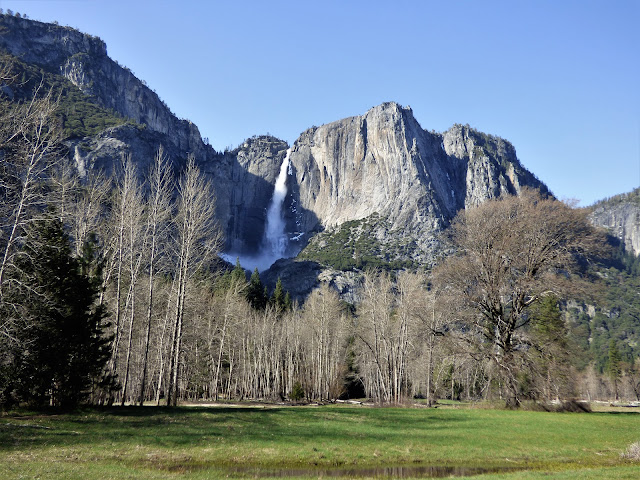 Yosemite Valley is often described as a monument to glacial erosion, but it is so much more. In a very real sense, exploring Yosemite is the equivalent of seeing Yellowstone, Mt. Rainier, or Crater Lake from 5 or 6 miles below. We gaze on the granitic rocks and realize they are the magma chambers for volcanoes and calderas that once existed miles above. The volcanism ceased, the land was uplifted, and deeply eroded. Rivers caused deep gorges to form, and in the final moments of geological time glaciers scoured the canyons, reshaping them into the towering cliffs and waterfalls that we see today. 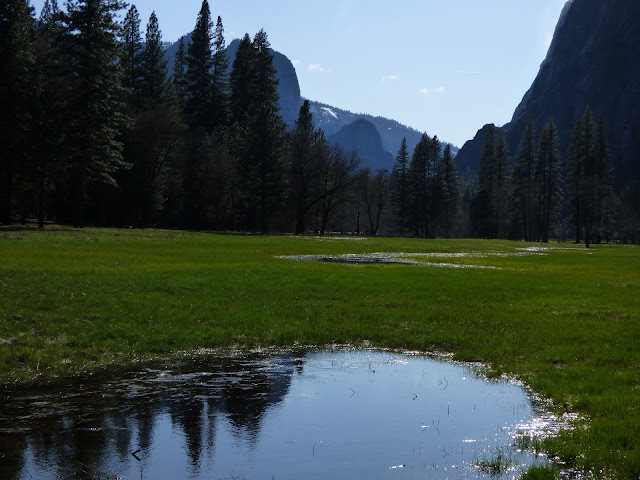 We were there on a geology field studies trip on Sunday, the day after a fairly intense storm. It was beautiful beyond measure. There were members in the class who had never seen the place before despite living close by, and they were in awe. I estimate that I've visited the park close to 100 times in the last 28 years, but I was no less in awe than were my students. This is one of those places that is worth the effort to see before you pass on. It's a treasure beyond imagining. 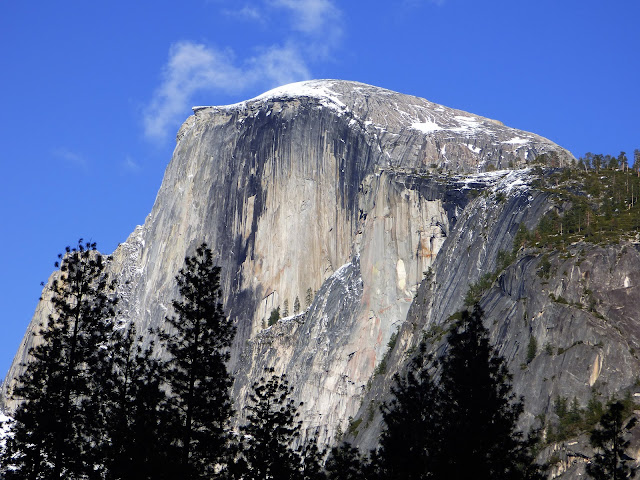 If you've been reading my blog for any amount of time, you know I've written comprehensively about this place, and then some. I offer up my blog series, Under the Volcano, and Into the Abyss, a study of the geology of the valley and surrounding regions.
Posted by Garry Hayes at 6:36 PM

There's a few Webcams I can check in Yosemite for a live view but I prefer your high resolution digital pics, as often as you can visit and post them. Thanks.