Liveblogging the Deluge, April Edition: Seeing Half Dome Reminded Me of Something 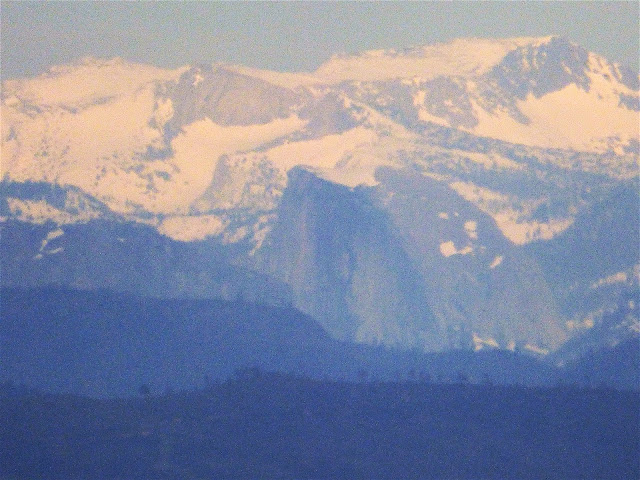 It's easy to get distracted by life at times. After four months of well-above average rainfall and snowfall caused by a series of atmospheric river storms, we here in California were left in a rather precarious situation where our reservoirs were too full and experiencing damage, and where our rivers were swollen with snowmelt, straining the levees and threatening to flood valley towns. Then the storms stopped for awhile. Locally, we only had one series of storms worth noting in March, and only 1.85 inches of rain fell. That's above average for the month, but it's also the lowest monthly total since November. We climbed past the 20 inch mark for only the fifth time in the 28 years that I've been measuring rain in the backyard. If not another drop fell, this would be the fourth wettest year that I've measured since 1990 (another inch is expected this weekend). But we've now had a few weeks of dry conditions, and it can be easy to forget that there is still a situation...up there. 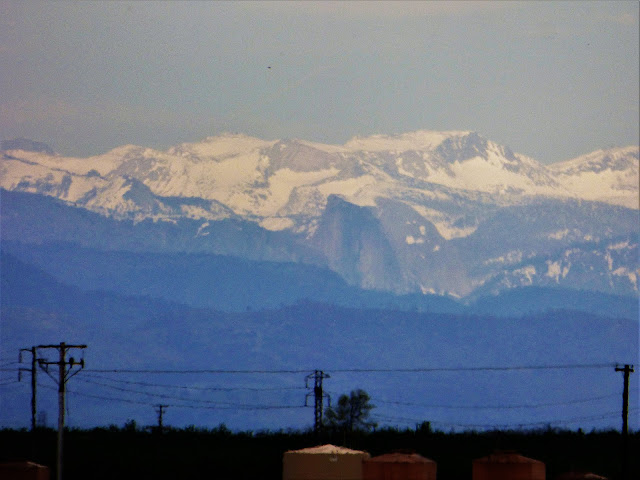 I was reminded of this as I drove south to teach a class this evening. I noticed it was unusually clear, and I realized it was a good day to photograph Half Dome from Oakdale Waterford Highway on the floor of the Great Valley. It's one of the better vantage points for spying the iconic dome, and it was nicely framed by the snow-covered high country. There is still a massive amount of snow up there, and I realized it was time to get an update on the deluge that California has been experiencing this year after half a decade of crippling drought. 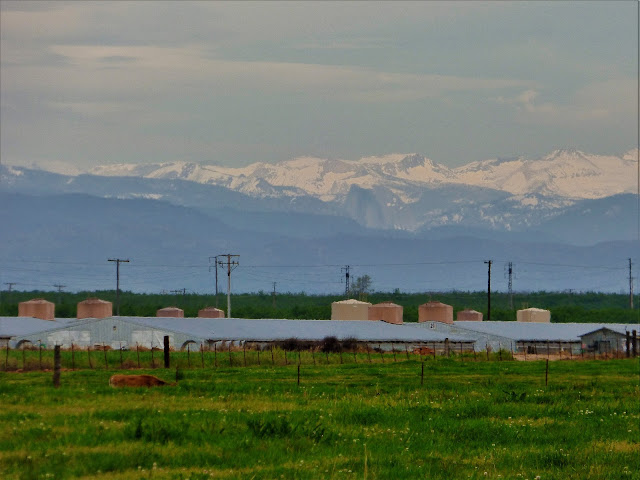 Here's how things stand. The brief respite from the constant storms has allowed the dam operators to release some of their excess water, preparing for the coming snowmelt runoff. We've been lucky so far, avoiding any extended heat waves that could have caused serious problems. They've got some breathing space in reservoirs. And they'll need that space... 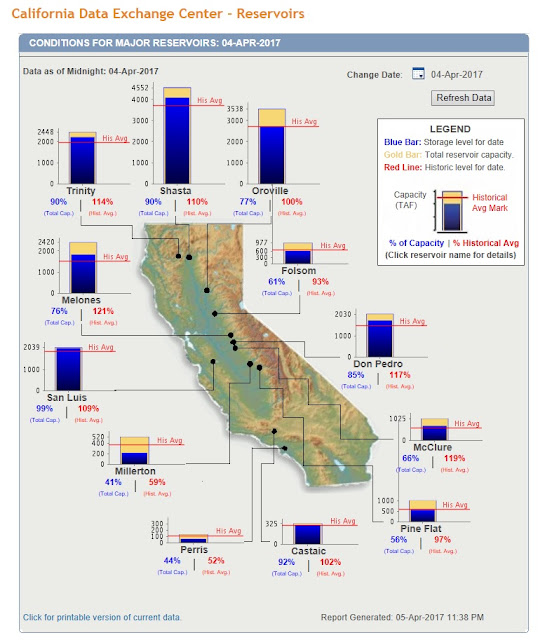 ...because there is still a LOT of snow left in the high country of the Sierra Nevada. The April 1st snow report shows that the mountains are at 159% of normal for this time of year. The Tuolumne River drainage has enough snow to fill Don Pedro Reservoir once over. The operators know it, and the river downstream has not been allowed to drop below flood stage since January 4. It's running at 11,400 cubic feet per second, and will probably remain close to that level through the beginning of summer. I can barely imagine how the river channel will be changed when it emerges months from now. 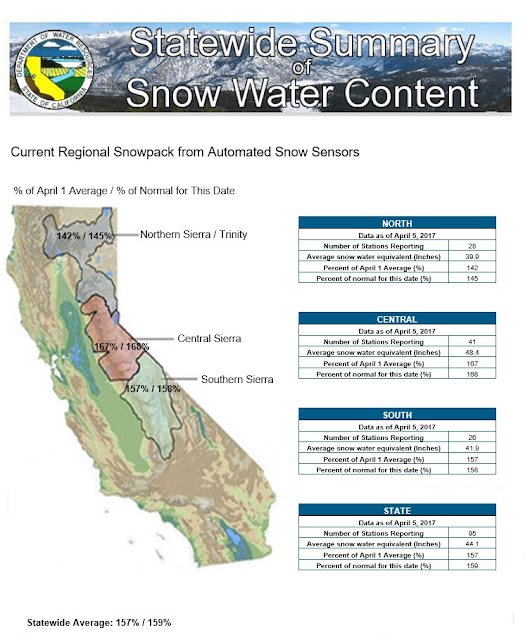 We are not out of the woods yet. Floods are still a possibility, especially if we get hit by a heat wave. And we still have at least one more major storm coming this weekend. Stay dry out there!
Posted by Garry Hayes at 12:19 AM

I learned from you that Mammoth Mt gets above average snow for east of the Sierra due to a gap in the Sierra crest. It got a lot of snow yesterday but from a storm trending southward. A west to east gap in the crest shouldn't have been an advantage in this case. What's the explanation?

The gap is there no matter the direction of the storm, and Mammoth Mountain is the highest local feature near that gap, so it gets the snow. Otherwise, I don't know!