Pygmy Mammoths? An Oxymoron Maybe, But Here's the Story, and a Great Opportunity for Exploration of the Channel Islands 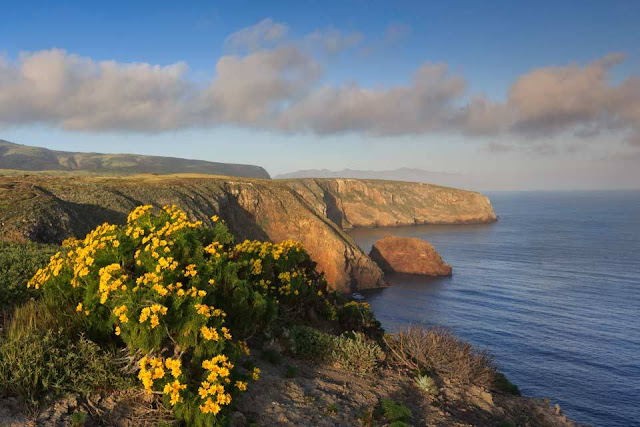 For me, one of the most intriguing stories of California geology was the adventure of the mammoths of the Channel Islands. The islands lie offshore of Ventura and Santa Barbara in southern California, and are mostly protected as Channel Islands National Park. The largest island, Santa Cruz, is mostly maintained by the Nature Conservancy.

Several species of mammoths ranged across America during the ice ages and the intervening warm periods, and as their name suggests, they grew to immense size (the Columbian Mammoth was 11 feet high at the shoulder). At some point some tens of thousands of years ago, some Columbian Mammoths swam to the islands. This idea sounds mildly ridiculous, but it turns out that elephants in general are excellent swimmers with a natural snorkel, and can easily swim for many miles. And, with the drop of sea level during the ice ages, the islands were larger and the shorelines closer to the mainland (most of the islands were once a single landmass called Santa Rosae). 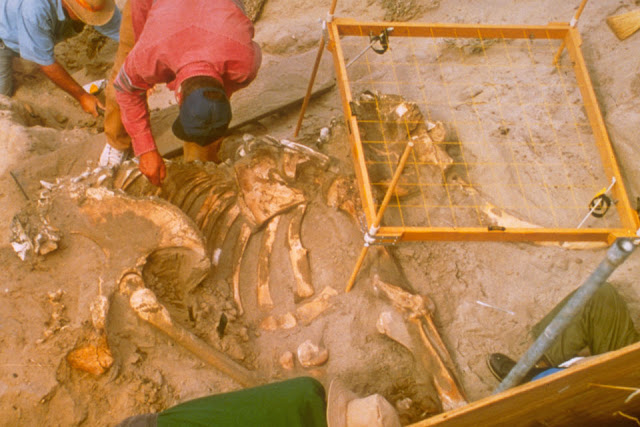 The mammoths found a large island with rich food sources, and a lack of predators. They thrived, but then conditions changed. The ice ages ended and sea level rose, shrinking the large island into four smaller islands. Food sources were limited and life became more difficult for the mammoths, especially the largest ones who needed far more food. In a twist on the usual story, it was the runts of the litter who thrived, because they could live with less. They had better survivability, and that began to show in their genetic code. The adults of new generations were smaller than their ancestors, and eventually there were fully grown mammoths that stood only 5 feet high and were only a tenth the weight of their mainland cousins. On some islands of the Pacific Rim, dwarf mammoths survived until just 3,650 years ago, but unfortunately humans arrived on the Channel Islands and may have hunted them to extinction 10,000-12,000 years ago.

This is just one of many fascinating stories of the Channel Islands, stories of geology, biology, and anthropology. I'm writing this blog to bring attention to an innovative class being offered by my institution, Modesto Junior College, Anthropological and Biological Field Studies of the Channel Islands (Anthro 155 and Biol 155, a total of two units). It is being taught by two of my colleagues, Teri Curtis (Biology) and Susan Kerr (Anthropology). The trip includes several pre-trip meetings, and a field trip to Santa Cruz Island from May 30 to June 4th. The cost (not including tuition) will be $510, which includes lodging (one night camping), transportation (including vans and an island ferry), and food. It will be a fascinating experience!

If you'd liked to learn more about this wonderful opportunity, there will be informational meetings on the following days:

General information about the Channel islands: https://www.nps.gov/chis/index.htm
Posted by Garry Hayes at 10:45 PM