Why Science Matters: March For Science 2017 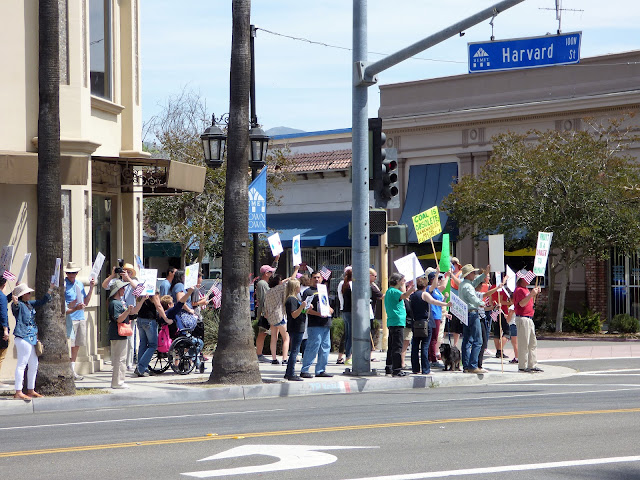 A bank robber can make a lot of arguments about why he or she should be allowed to rob a bank. "The money in the bank is just sitting there, it's not aiding the economy by being circulated", or "By taking this money and spending it, I'll be creating jobs", or "But I'll give some of the money to charities". A bank president, and for that matter, the people who have been robbed, would never agree that this justifies stealing the money. So why would anyone acquiesce their right to clean water and air, safe food and drugs, and their very environment to those who would steal those things from them? Sometimes it's because they are kept in the dark about the dangers that they face. Ignorance is a valuable tool for those who would profit off of our birthright to clean air and water, and a livable environment.

Sometimes the dangers in our environment are obvious. Earthquakes, floods, or volcanic eruptions are events whose existence cannot be denied. In other situations the problem is not so obvious. Lead in water causes damage over longer terms. Cigarettes or radiation may take years to produce lung cancer. The loss of ozone or rising world temperatures have taken years to manifest changes in our living environment. Such gradual changes are harder to recognize in our day to day lives even though the changes are very real. Yet these phenomena can kill people every bit as much as an earthquake, just not all at once. The recognition of these dangers are critical to keeping society safe, but there is a serious problem. Someone is making money by keeping society ignorant.

Corporations make their profits selling cigarettes. They make profits by cutting corners in food safety and by avoiding air and water pollution controls. They make profits by maintaining dependence on fossil fuels as a primary energy source. We live in a society based on capitalism, but unrestrained capitalism is ultimately not in our best interest. Corporations cannot be trusted to police themselves, a fact they've proven over and over. 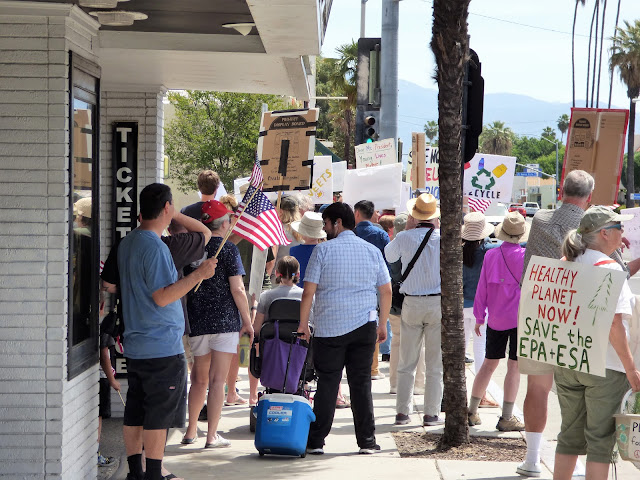 We instituted federal and state governments to protect us and to work for the common good. When corporations killed and injured citizens, the government stepped in to limit the damage by regulating dangerous industries. And it worked. The workplace environment is much safer these days than it was a century ago. Politicians, for better or worse, represent us and design the laws and the government programs that protect our citizens from harm. They hear from lobbyists all the time as they make decisions on legislation and sometimes they hear from constituents. But there is another voice, and I've always taken it for granted that it would be heard: the voice of science.

Why is science needed? Scientific research is the unbiased source of information and data on issues of environmental protection and safety. Corporate scientists may do important research, but the profit motive ultimately influences their findings. It is only through independent inquiry that we can trust the accuracy of research. In so many ways, government-funded scientific research has been a huge success, one that has driven innovation in our economy and made our society one of the richest and safest in human history. The U.S. Geological Survey, the Environmental Protection Agency, the Centers for Disease Control and NASA have done incredible work, and have informed public decision-making for many decades. And...they have led the human adventure. Without government funding for the big endeavors, the exploration of space, the exploration of the interior of the atom, the inner workings of the Earth, we would be unable to continue the quest for knowledge.

So why are scientists marching in the streets? Because unbiased scientific research is under attack. Corporations have finally achieved their aim and have one-party control of Congress, the Presidency, and the Supreme Court. There are intensive efforts underway to destroy the effectiveness of independent government-sponsored research, with draconian cuts to the EPA, CDC, USGS and other science-based government institutions. We have a president and a Congress who deny that global warming and climate change are even happening, despite the ongoing damage occurring in coastal environments and alpine habitats. The spread of tropical diseases is accelerating. Millions of trees across the American west are dying.

I've lived through the birth of the environmental movement in the 60s and 70s, and felt great pride that my country took the lead in designing laws that protected people from toxins and poisons in the air and water. I am dismayed that we must fight these battles all over again, but unfortunately we don't get to choose the times we are living in. So it was that I took to the streets on Saturday.

It was a marvelous thing to see tens of thousands of people in the large urban areas like LA, San Francisco, Chicago, and New York, but I was even more inspired that marches for science took place in small towns all across the country, and across the world (scientific knowledge does not stop at international borders, even if there are walls). I marched in the small California town of Hemet along with perhaps forty or fifty people. There were smaller such marches all across the country. People understand the need for unbiased research, and are ready to fight for it politically. 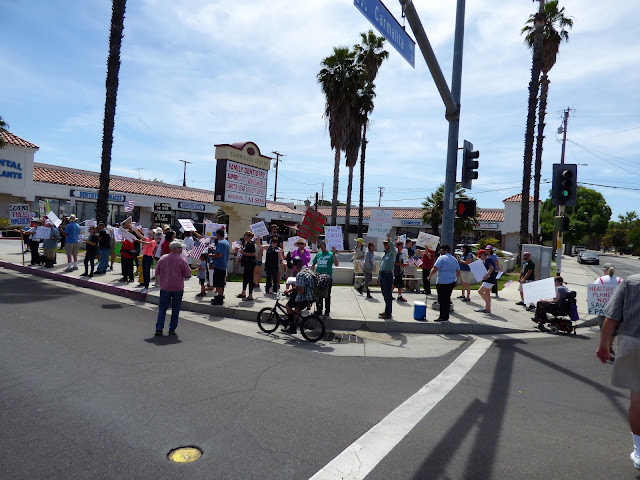 Ansel Adams said it well: "It is horrifying that we have to fight our own government to save the environment". And yet that is the place to which we have come, although I find hope that those who still work in the EPA and other government institutions are in agreement with the aims of the March for Science. The protests must continue, and citizens need to hold the feet of their representatives to the fire. Unbiased scientific research must continue for the sake of our health and the environment in which we live. 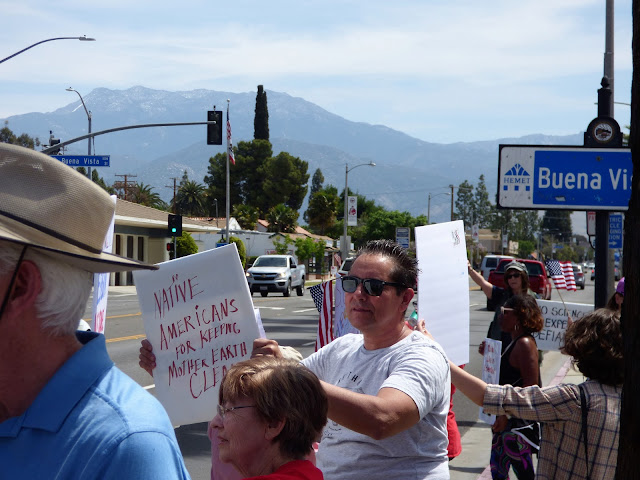 As I went through the pictures of the march, I noticed the huge high ridge of San Jacinto Peak in the distance above town. Southern California is largely a desert or near-desert, but the high mountain ridges surrounding the arid valleys reach elevations in excess of 10,000 feet. They are islands above the desert, and they are under assault from the ravages of global warming. The continuing drought has caused intense wildfires that have stripped away the cool conifer forests. The environment is changing in ways that we are only just beginning to recognize, and we need the research and data to understand the future and how to prepare for it. It's not of the sake of some endangered butterfly, although that is important too. It's for the sake of all of us humans, who will pass this planet on to our children. We need to care.
Posted by Garry Hayes at 11:22 AM

Yeah Nah. (it's a kiwi expression) Good science is great. But there are problems. First there are some orthodox 'religious' tones creeping in.
An example is the labeling of some people as 'deniers' when they question what they are told. I'm very happy to see them challenged with informative facts and well structured argument. But calling folk 'deniers' is hardly science, but we find 'scientists' using that approach.
Second is the ceaseless media revelations about cures for cancer, and other things. We get a breathless explanation that some chromosome is related to some protein. With proclamations that something might emerge in a decade or two. 'Might' being the operative words.
Yes we can blame the media for this, but sadly there are 'scientists 'very happy to let the media do this about their project, for which they seek funding

The religious tones have always been there (note the orthodox response to Alfred Wegener and J Harlan Bretz), but ultimately the evidence decided the issue at hand. That science is wrong sometimes is a given. But I think that "deniers" is proper use for those who have the evidence in front of them, but refuse to accept it. I would choose the term skeptic as being a more appropriate description of those on the fringes (or frontiers) of science. The media is a problem in the way science is presented, and media outlets have eliminated science experts from their staffs over the last decade or so.