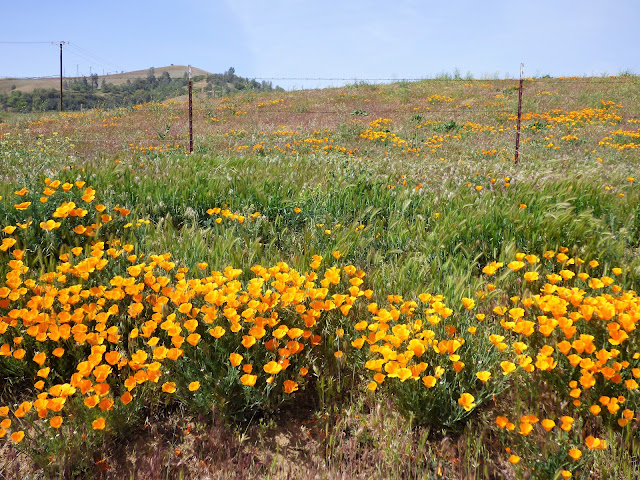 I showed up late and at the wrong address for the party. There have been so many reports of the "superbloom" of wildflowers around Southern California this winter and spring that I was anxious to do some traveling and see the sights. I finally had an excellent excuse to head down south this last weekend (giving a community lecture in Hemet), and we started watching for flowers while we drove Highways 99, 58, and 395 as well as Interstate 215 through the Mojave Desert and Cajon Pass. There were scattered patches of flowers here and there, but not in any sense a superbloom. 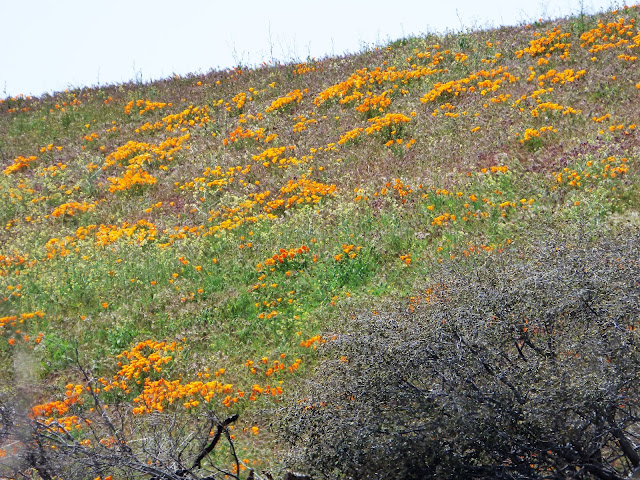 There is a real dichotomy between northern and southern California right now. We are still getting storms and precipitation in the north, but the storm door closed in the south a month or more ago. We left home in a cool green landscape, but somewhere south of Fresno, the grass turned brown. It got hotter, and on Saturday in and around Hemet, the mercury hit the century mark (at least according to my car's thermometer). We didn't have enough time to check out Anza Borrego or the Antelope Valley Poppy Reserve because of time constraints (and it was probably too late anyway). 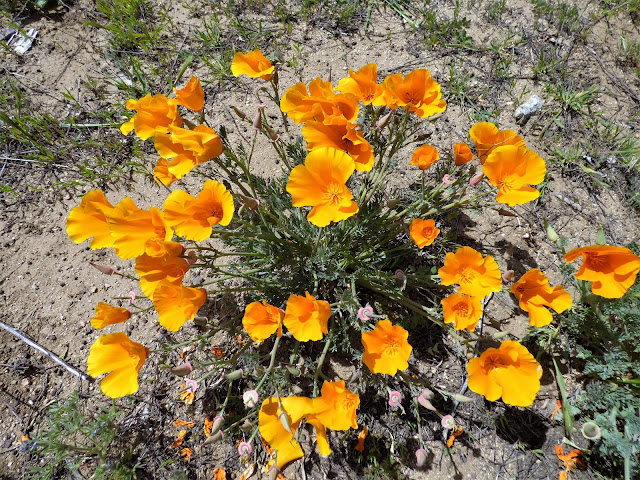 Selective editing is a wonderful thing at times, however. On the way back home yesterday, we opted to follow Cameron Road through the wind farms near Tehachapi Pass instead of staying on the freeway. We came across patches of flowers in several protected coves, and hence these carefully aimed photos that suggest a wildflower wonderland! 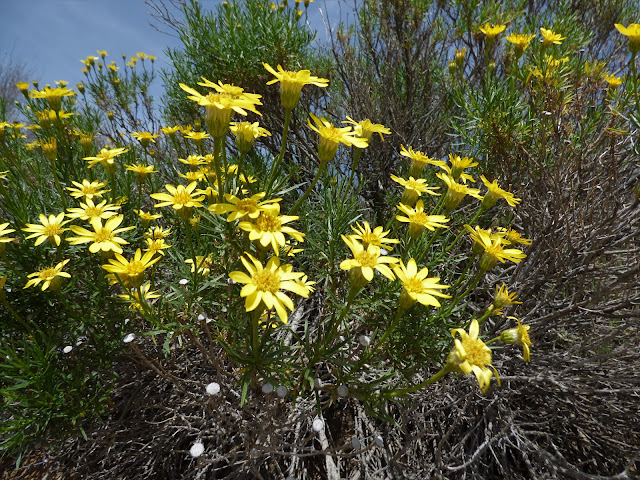 The flowers thrive on these barren slopes in part because a lot of larger plants cannot. It's arid, as the hills here lie in the rain shadow of the Sierra Nevada, and the winds are nearly constant and fierce (hence the wind farm, one of the largest in California). The winds are generated by the pressure differential between the Great Valley near Bakersfield and the Mojave Desert near the town of Mojave. Tehachapi Pass is the lowest point between the two, so the winds funnel through the opening. It was certainly windy on Sunday. 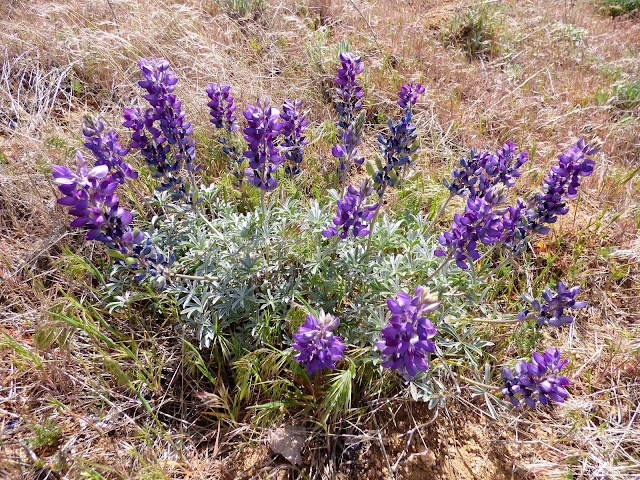 We stopped at the intersection of Cameron Road and Tehachapi-Willow Springs Road. This is the spot where the Pacific Crest Trail crosses the road in the midst of hundreds of wind turbines. There are some nicely designed interpretive signs near the intersection, and if you look carefully you'll see that Mrs. Geotripper took one of the photos that they used! 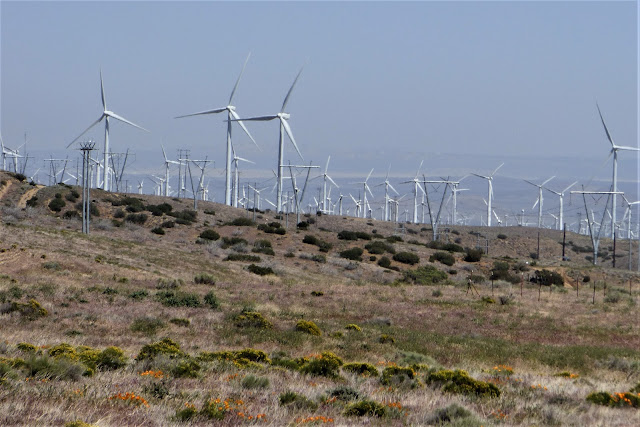 And about that bit about hiking the Pacific Crest Trail today. It's like selective editing in pictures: I didn't say I hiked the whole PCT. But I did hike on about fifty yards of it at the Cameron Road crossing, so I technically didn't lie. It is perhaps not the single most scenic part of the trail, but it has some charm, especially at the right time of year. Solitude is sometimes a nicer virtue than scenery. 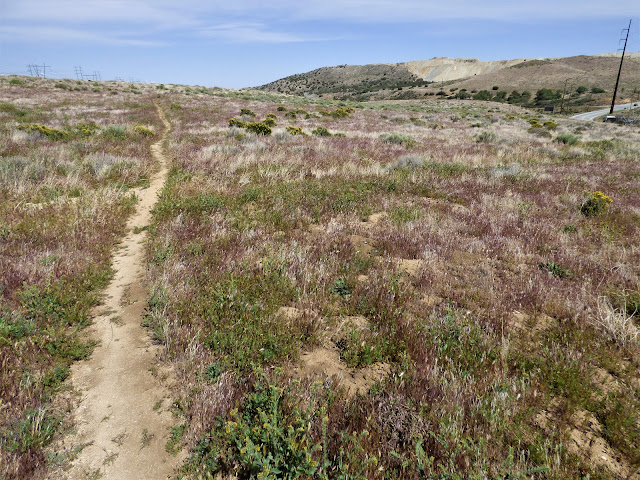 What type of lecture in Hemet? I'd go out of my way to catch a lecture of yours. And good reminder the PCT hikes have begun. I love following the blogs and photographs of the hikers.

It was a general presentation on volcanoes at the Hemet Library. I enjoy those kinds of things.