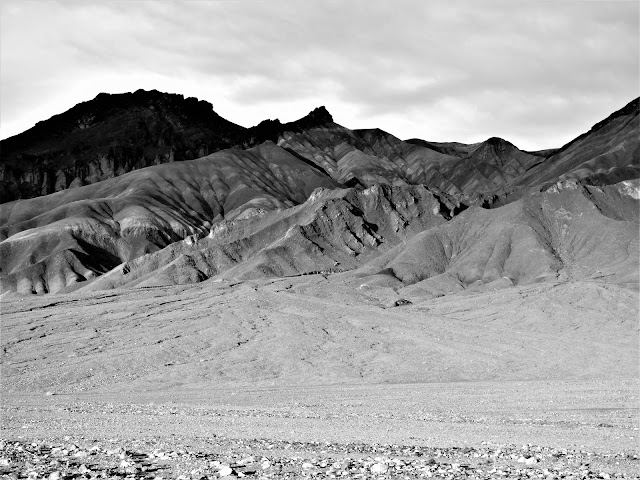 Sorry for going all pseudo-Ansel Adams on you all. I was playing with the photo-editing program with the pictures that I used in yesterday's post, and at one point I switched to black and white. I'm enchanted by the colors of our planet, but it is easy to forget that features can often be better discerned in monochrome photos. 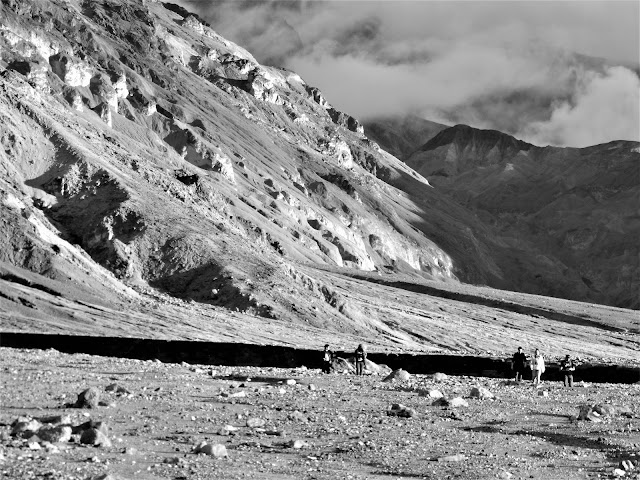 It's almost as if the blinding sun, so unexpected, blinded me to the textures and depth of the rocks revealed in the slopes of the northern Black Mountains of Death Valley National Park.  Monochrome imagery is something that really has only existed since the advent of photography, and its value today is in the unexpectedness of the image. We expect color, but it's not there. As Wikipedia (the ultimate authority) would put it, monochromatic images "are not direct renditions of their subjects, but are abstractions from reality". And yet, science illustrators often prefer to show objects of research in black and white, or even as drawings to emphasize the ultimate reality of their findings. 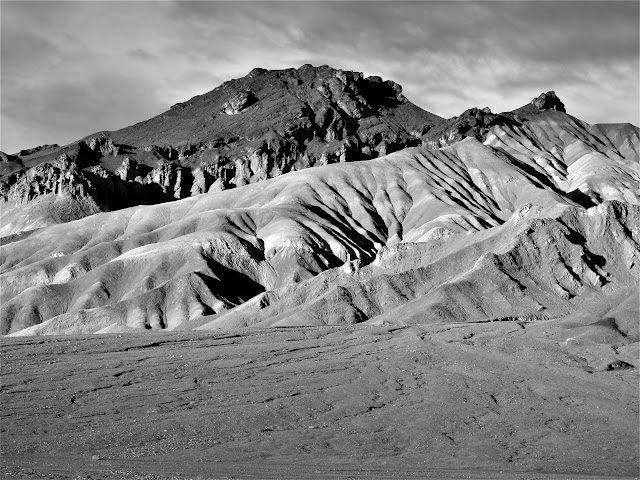 It occurs to me that monochrome images do have an impact on the human psyche, and it exists at a very fundamental level. Our vision at night is monochrome, and humans evolved with a certain primal fear of the darkness. One can't see approaching predators in the dark, and in low light one would be highly attuned to noticing small changes or movement in one's field of vision. Black and white images capture our attention in a way that color images just can't. 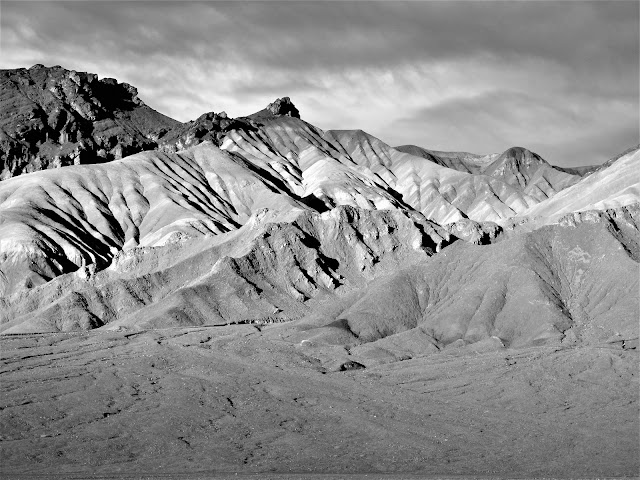 In any case, I was mainly looking for an excuse to put up some pictures that I found interesting. Badlands topography has always been a good subject for black and white photography because of the strong contrasts between light and shadow, and the Furnace Creek Formation is the ultimate expression of badlands. 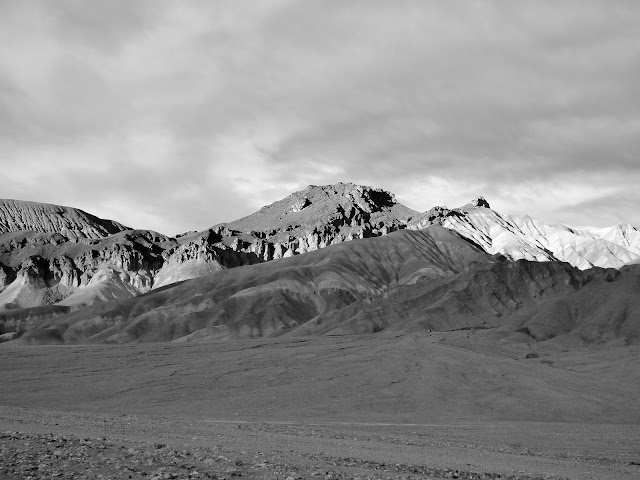 enjoyed them all over again ;-)

Also, for me black and white feels like a different happy simpler time. My photos of childhood trips to California parks are all black and white, they bring back great memories and feelings.

Wonderful photos - I absolutely love B&W photography. It seems more impactful, I search for more details, am caught by the shadows... And as Hollis said, all my early family photos were B&W, great memories indeed. Thanks for sharing the Badlands today, Garry.