Rock and Light, the Primal Elements of Death Valley 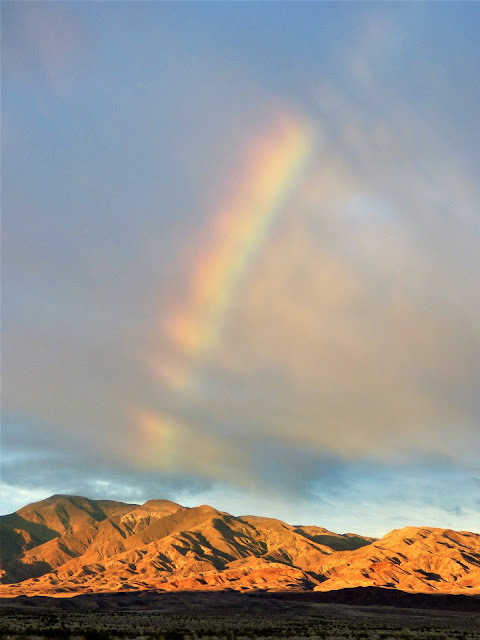 When one has been under gloomy overcast conditions punctuated by periods of rain for days, the novelty can run short, even in a place where rain is scarce. We had been on the road for three days and in that time we saw no sunshine, and in fact had lived through a night of record rainfall and localized flooding. What made the mood worse was that the weather forecasts had us expecting sunshine on the third day and we got rain instead. 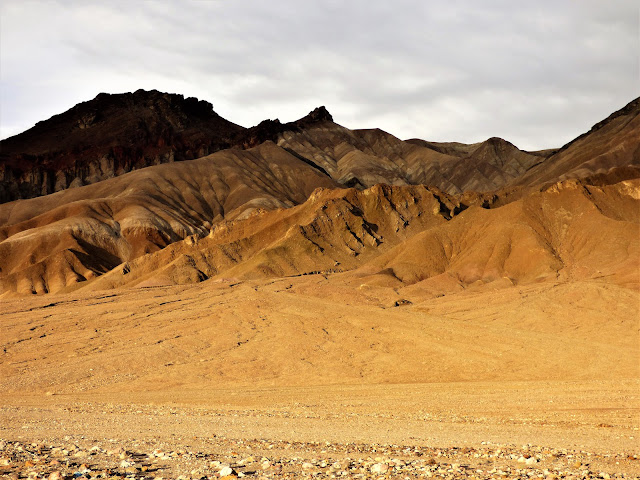 The students were just great actually, showing all kinds of patience. They were in Death Valley after all, and they weren't in a classroom. At least not the kind with four walls. Just the same, I was pining for just a bit of sunlight, and the evening was coming quickly. We had just finished an exercise at Gower Gulch at the north end of the Black Mountains and we walking back to the vehicles when a sliver of sky opened up. The sun blazed forth in all its glory. 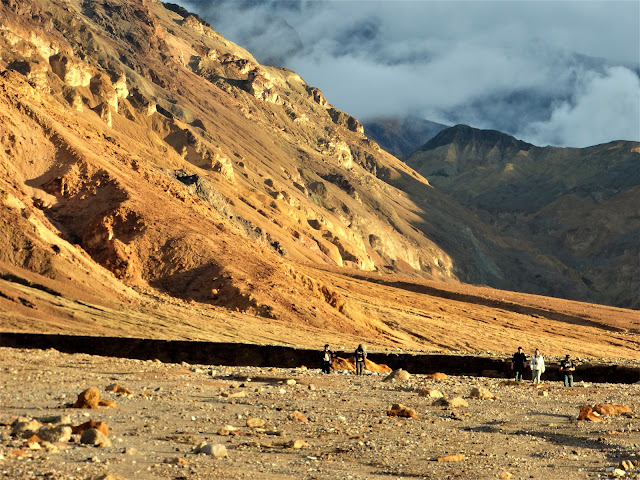 There are two sure things in places like Death Valley, rock and light. Deserts have dust storms at times, of course, but much of the time the air is free of pollution and humidity. The sun shines with an intensity not usually experienced in urban settings (my students traditionally come home with winter sunburns despite our warnings to use sunscreen).

And the rock...Death Valley has perhaps the greatest variety of rock types to be found in any national park. They range in age from 1.7 billion to practically yesterday. They include all of the types, plutonic, volcanic, sedimentary, and metamorphic. The rocks occur in nearly all the colors of the rainbow, sometimes in a single outcrop (google Death Valley's Artist Palette if you want to see what I mean). And in most parts of the park there is no vegetation or soil to obscure their complicated structures and relationships. 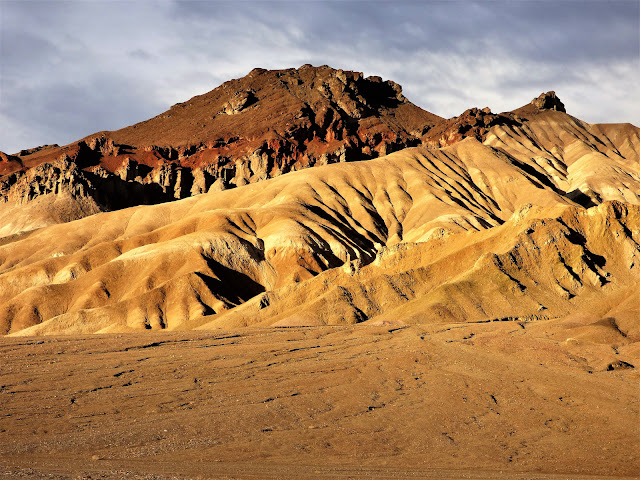 It's hard to imagine a more dramatic moment for the two elements to intersect. The sun was low in the sky, the rocks were wet from the recent rain storm, so the colors were intensified and the rocks seemed to glow with an inner light.

The rocks we were looking at were part of the Mio-Pliocene sediments and ash/lava flows of the Furnace Creek, Funeral, and Artist Drive formations. They accumulated in a fault basin not totally unlike the present-day Death Valley graben. There were ephemeral lakes, alluvial fans, floodplains, and volcanoes. The plains probably supported a rich fauna of camels, horses, mastodons, birds and predatory cats, who left their tracks in similar-aged rocks elsewhere in the park. 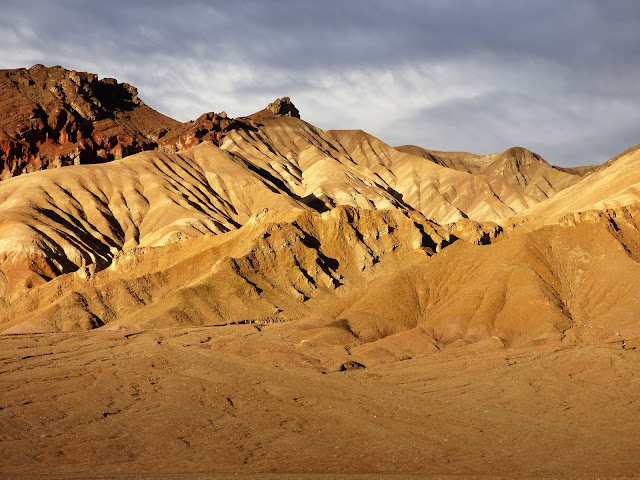 It was a dramatic moment, but as with so many such moments, it was fleeting. The clouds closed in again, and we thought the show was over, except that a few moments later while we drove the highway north of Furnace Creek, the skies opened up one more time to reveal a brilliant rainbow (see the opening picture...as if you somehow missed it!). The moment felt perfect. 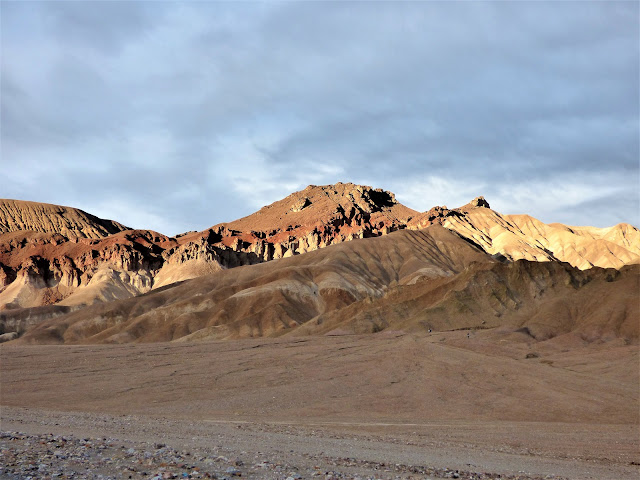 Addendum: Since we are talking the incredible fossil record of Death Valley, there is news this week of some horrible human beings who have stolen some of the precious fossil trackways I mentioned. I can only hope that the pictures of the probable thieves will lead to arrests and convictions. More information can be found here: http://vertpaleo.org/Society-News/SVP-Paleo-News/Paleontology-News/Fossils-Stolen-from-Death-Valley-National-Park.aspx
Posted by Garry Hayes at 11:25 PM

Fantastic photos, enjoyed them very much. We had a day like that in Death Valley (on the rim actually). Woke up to sun after days of rain, it was so incredibly beautiful. 37 years ago, but I don't forget experiences like that!

That's just awful about the fossils. The back packers look experienced, the way they are packed heavy using their water to balance as they hike. Metal detector and such equipment may mean nothing or everything. Hope no matter who, they get caught and prosecuted. Too often these crimes are unpunished.