Travels in Death Valley: An Island of a Different Kind in Ash Meadows 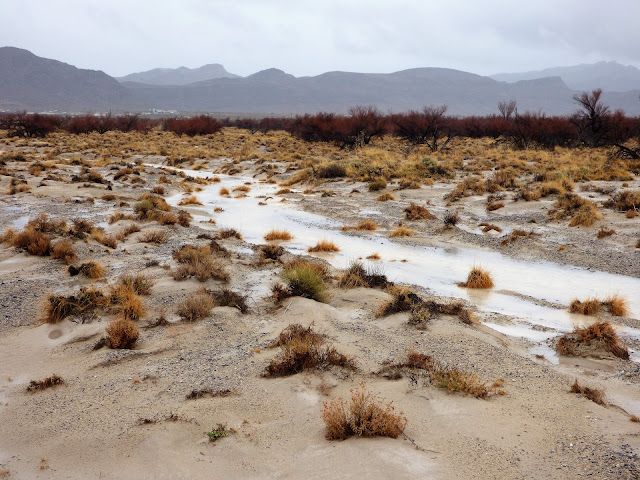 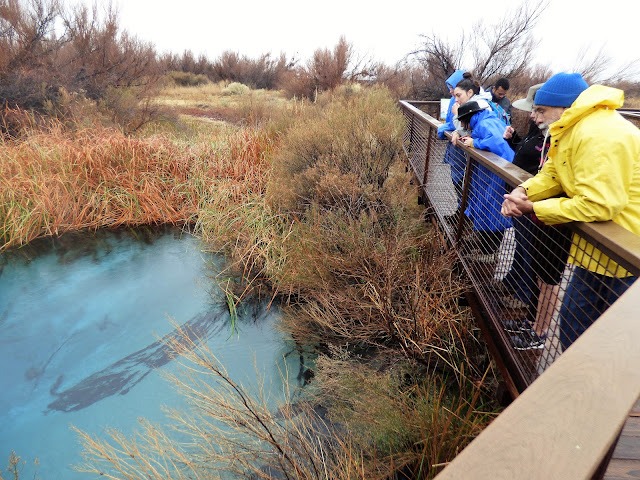 Water in the desert attracts (and isolates) many kinds of plants and animals. Many are survivors, relics of wetter times who could not otherwise live in the desert. That would include the four native species of fish (a fifth is already extinct), and ten species of water snail (an eleventh is also extinct).

Water in the desert can also attract invasive species which can do great damage to the fragile ecosystem. Mosquito Fish, which are an important species in other settings, can upset the life balance in the pools and springs. So can abandoned aquarium fish. But the worst invasive species of all, Homo sapiens, nearly destroyed the entire complex. 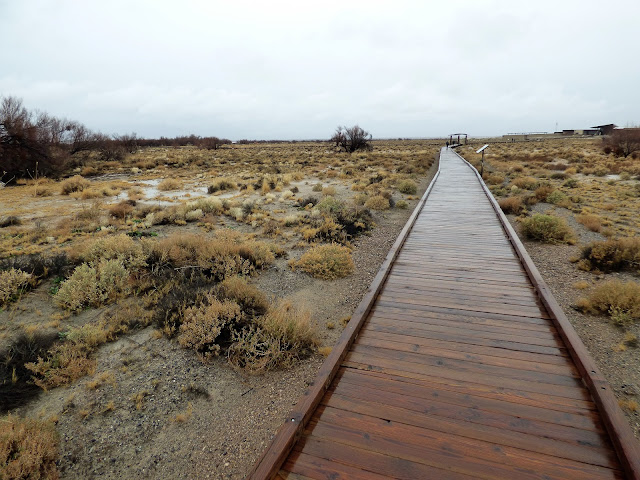 Access to the cave opening is for obvious reasons highly restricted. There is a caged platform from which the pool can be viewed from about 80 feet away. It's clearly hard to see the individual fish, but my camera has a great zoom lens. I'm not sure why they were there, but the white tiles in the pool allowed me to catch some video of the rarest fish in the world (below).

Do you know if there was any permanent damage from the vandals last year?

They killed at least one of the fish, and left vomit in the pool, but maybe nothing permanent.