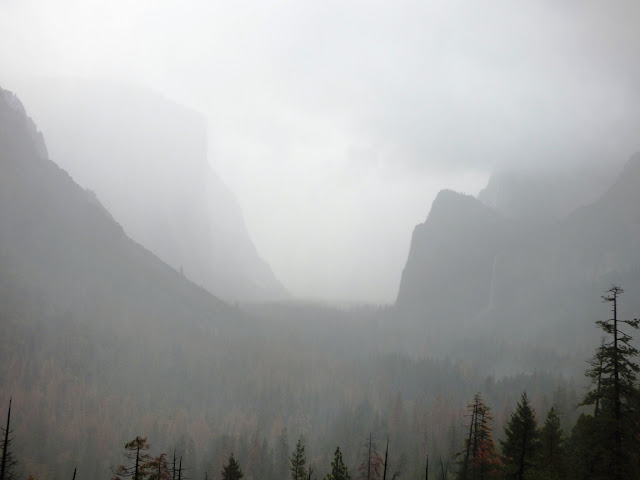 October is nominally an autumn month, a time of falling leaves and low-flowing rivers after a dry summer and above-average temperatures. In Yosemite Valley, the waterfalls are dry. It might not be the best time of year for drawing tourists to the valley, but it's a fine time for a field trip. Well, maybe... 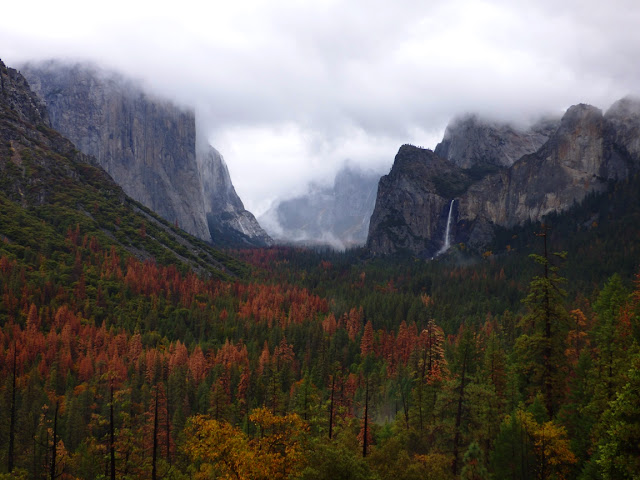 It's a given that if one schedules a field trip and reserves a bus months in advance that the weather is going to be a wild card. And it was definitely wild. The weather forecasts all week pointed to a 100% chance of rain essentially all day, and as we left town, the rain was indeed falling. All the way up the hill, all the way into the valley. I gave lectures from the bus, watching water pour out of the sky. I had 30 students, some of whom were expecting to see Yosemite Valley for the first time in their lives. I was clenching my teeth, worried that we would arrive in the valley and the walls would be hidden behind the clouds. We arrived at Tunnel View, and I was slightly relieved to see that the cliffs were just barely distinguishable through the rain squalls (see the top picture). At least we could say that we saw something. We got back into the bus, to go make more stops in the rain. Then something wondrous happened. 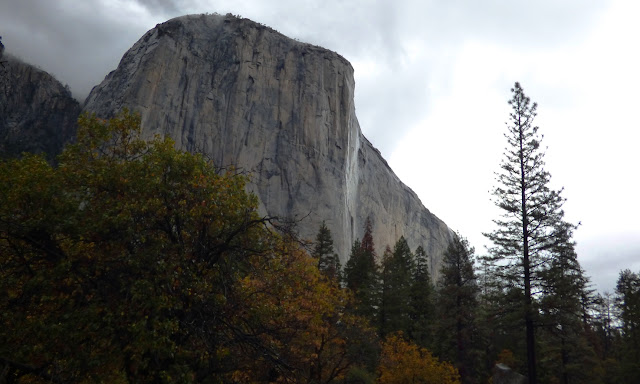 I glanced behind me as I climbed into the bus and realized that the rain had stopped, and that the cliffs of Yosemite Valley were emerging from the storm. We got back out, and started enjoying the gift of a 90 minute break in the storm. The valley was a glorious sight for those few precious minutes. El Capitan, the 3,000 granite monolith, loomed high above us. 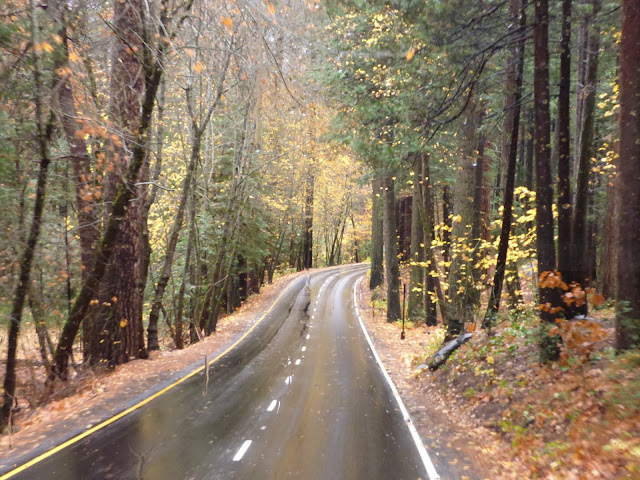 Fall colors were visible all across the valley; oaks, cottonwoods and dogwoods were all at their late season best. We here in California can't compete with the pageantry of the show in the eastern United States (or even the aspen groves of the eastern Sierra Nevada), but ours comes later, and the trees back east don't have a backdrop of stunning granite cliffs. 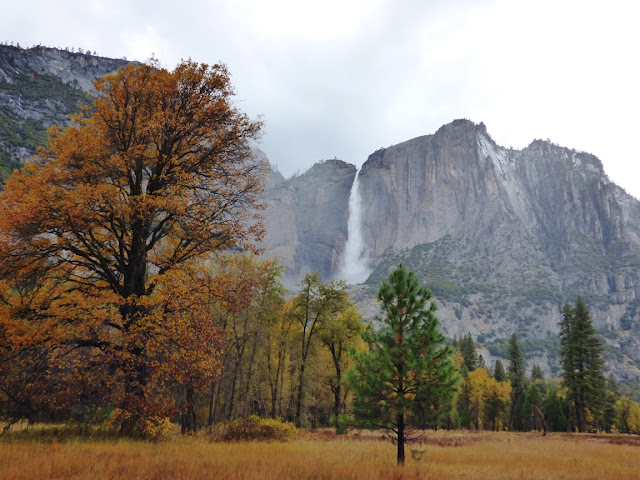 The most incredible moment of the day came as we realized that with the rain, every waterfall in the valley was flowing. And not just flowing, but surging. Waterfalls were coming from cliffs that never have waterfalls. It could have been spring of a wet year. There was a lot of water falling from the skies above Yosemite today. 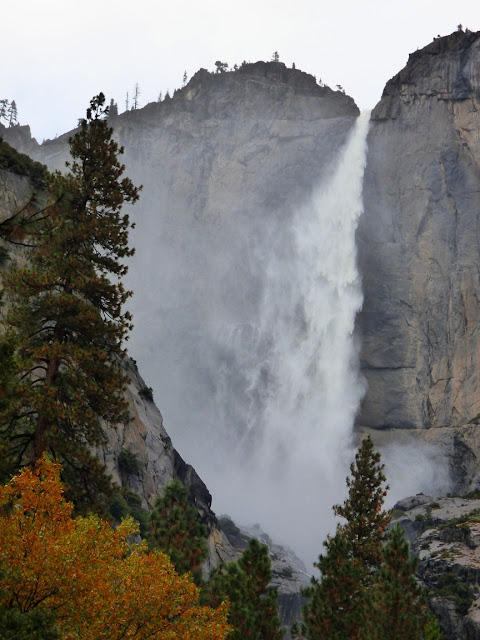 Yosemite Falls were especially spectacular. I strolled past lower Yosemite Creek, and it was flooding. 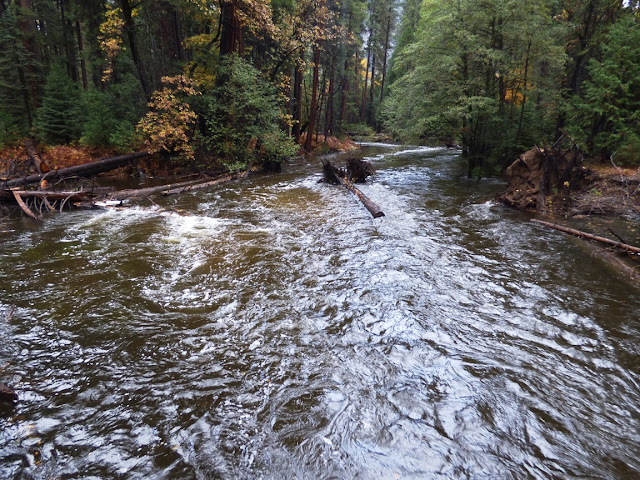 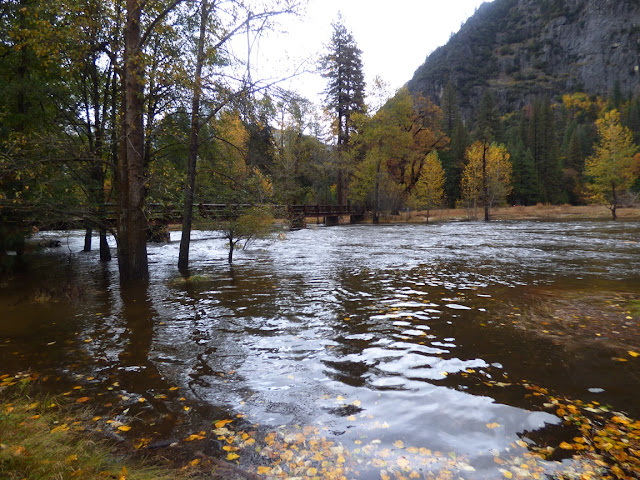 It was an impressive day, and a really blessing to have a break in the storm. After 90 minutes, the rain squalls returned, and followed us most of the way home. 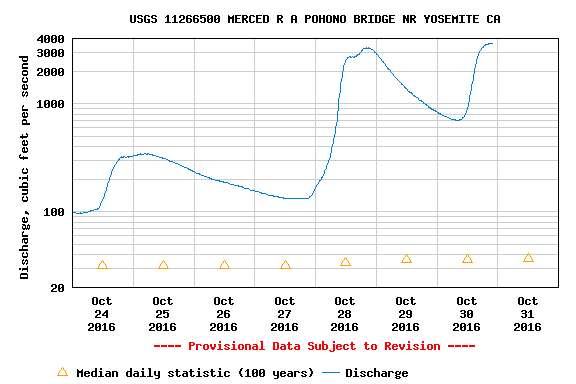 Congratulations ... and thanks for sharing! beautiful :-)

Thanks for the photos! I love Yosemite, but getting there from Portland isn't as easy as checking your great blog.

The colors in the trees with the granite rising in the backdrop are just incredible!

Cool shots. You should throw some of these up with your post over at Yosemite News.