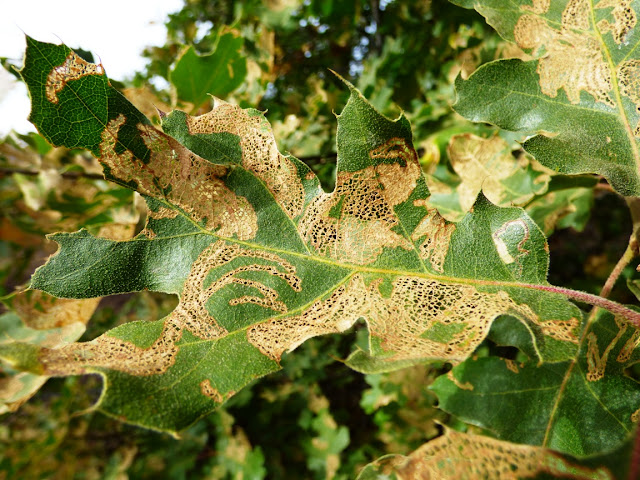 There is always something new to see when you are on the road. We were exploring the geology of Sequoia National Park for a field class this last weekend, and we saw many marvelous and beautiful things, but this was a new one for me. 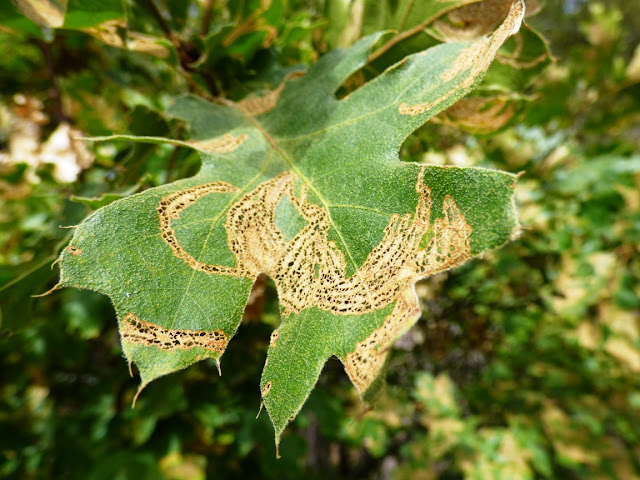 We were at Beetle Rock, an exfoliation dome in the Giant Forest area of the park. The view was wonderful, but I noticed the oak trees at the edge of the clearing seemed "off". There was a mixture of green and brown in the foliage, and it wasn't fall colors. A closer look revealed feeding trails of some kind of insect, perhaps some sort of Leaf Miner (I would appreciate some help with identification, bug people!). 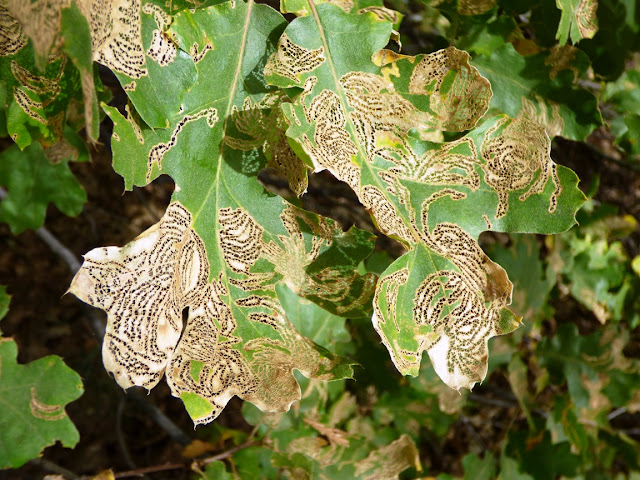 I don't know if this extensive pattern of feeding is detrimental to the health of the tree. There are a lot of changes happening in the Southern Sierra Nevada as a result of extended drought and climate change, and the number of dead conifer trees was truly depressing. I'm worried that something has also made the oaks susceptible to insect attack. 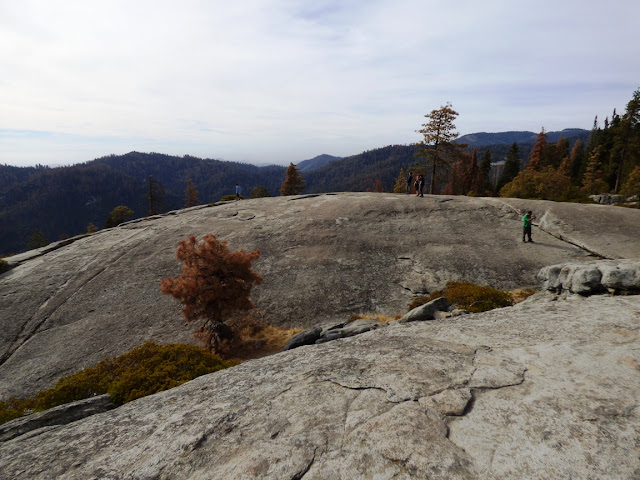 I've not noticed this sort of thing in the past, but then again, I've been known to not pay close attention to plants when there are rocks to look at. And the rock at Beetle Rock is pretty interesting. I just wasn't expecting actual beetles...
Posted by Garry Hayes at 12:00 AM

You might try posting your photos to inaturalist.org and seeing if you can get an id.