The Hawai'i That Was: Hanalei, Where the Waterfalls Seem to Stream From the Clouds 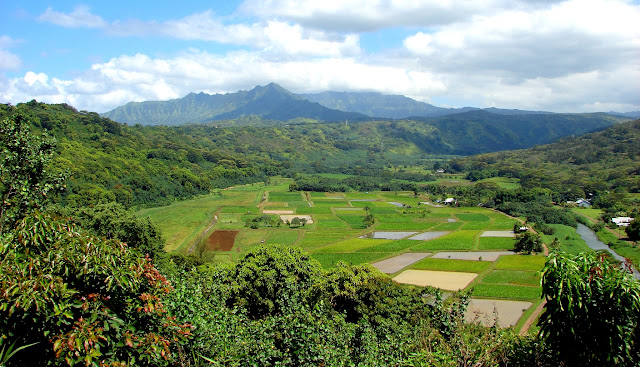 Paradise is a wonderful place as long as you have something to eat...

The islands of Hawai'i are often described as paradise, but the island ecosystem that existed prior to human colonization offered little to assist in the survival of the human species. The plants and animals were highly evolved in their long isolation, and few of the native species were edible to humans. 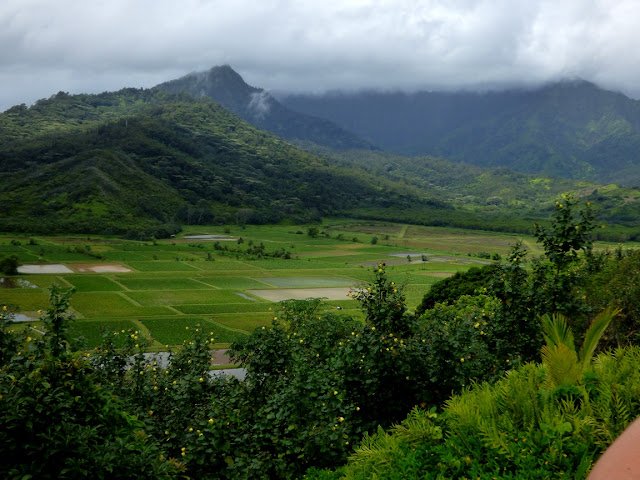 But if anything is true of the human species, it is that the group is highly adaptable, and capable of the planning for the future. The Polynesians had colonized the islands of the South Pacific for centuries, and they had a good idea of what was needed to insure survival in a new landscape. They engineered their own future by changing the ecosystems to fit their needs.

It's unknown precisely when humans arrived at Hawai'i (perhaps between 300 AD and 1,000 AD), but it is known that those who arrived were probably well-prepared. They arrived on sea-faring canoes outfitted with plants and animals that they would cultivate and raise in the new land. They brought jungle fowl and pigs, breadfruit, coconut, banana, and sugar cane. And they brought taro, which they called kalo. The starchy root of the taro was a staple in their diet as it has been in many other parts of the world.

Successful farming of taro required large amounts of fresh flowing water, which was a problem on the Hawaiian Islands. There are only a handful of rivers of any size on the islands, and so those few were extensively altered to allow the most extensive production. Which brings us to the northern side of Kaua'i, where the Hanalei River is one of the few rivers with a floodplain large enough for kalo production. The beautiful valley is one of the largest kalo growing areas on the islands 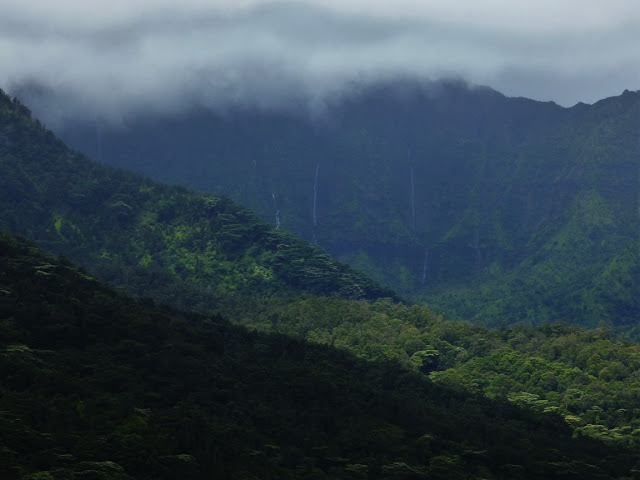 The Princeville Resort on the north shore is sort of the "end" of the road for tourists seeking the most modern of amenities and wide smooth roads. As the highway continues into the Hanalei Valley and on towards the village of Hanalei, the road narrows. A pullout provides a stunning view of the valley and the taro fields. 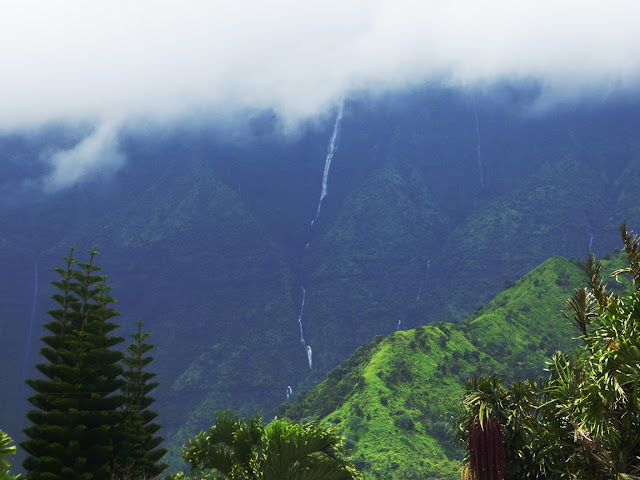 The mountains of Kaua'i capture prodigious amounts of precipitation from the Northeast Tradewinds. Nearby Mount Wai'ale'ale is often described as the wettest place on Earth, with an average rainfall of around 450 inches each year. The constant rain on the exceedingly steep terrain above the Hanalei River means that waterfalls are visible much of the time (at least in my extensive experience of three visits). The water seems to stream from the clouds that are constantly draped over the mountain slopes. 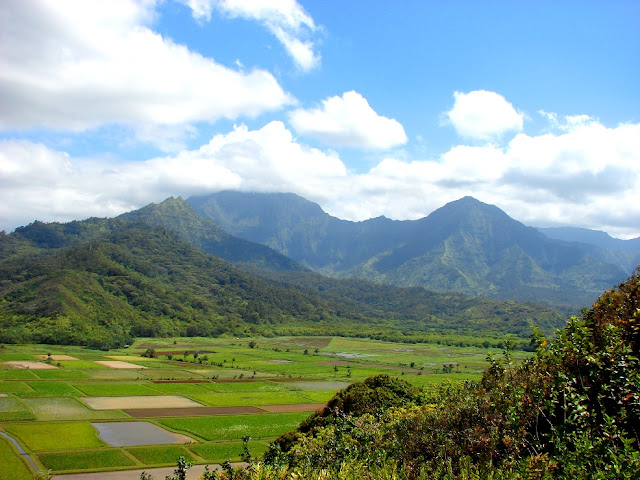 The single lane bridge over the river is one place to become familiar with Hawaiian politeness (and the sometimes boorish behavior of tourists). 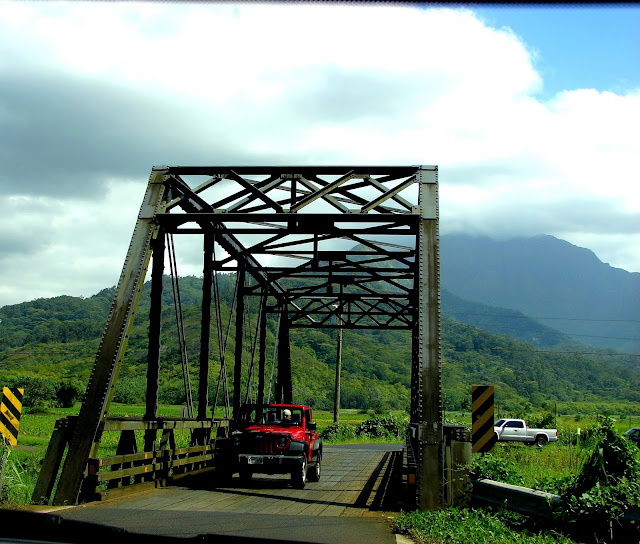 This blog post is part of my continuing series (off and on) about the Hawaiian Islands based on my recent field studies course on the Big Island and Kaua'i. We've been exploring the Hawai'i that once was, compared to the Hawaiian Islands since humans arrived. We're getting close to the end of the story, so I'll be trying to get the job finished in the next couple of weeks.
Posted by Garry Hayes at 10:27 PM

May we display your header on our new site directory? As it is now, the site title (linked back to your home page) is listed, and we think displaying the header will attract more attention. In any event, we hope you will come by and see what is going on at SiteHoundSniffs.com.