The Hawai'i That Was: A New Blog Series


There's a rock in the sea about 500 miles northwest of Honolulu. It's about as far removed from the beaches and high-rises of Waikiki as any place on Earth can be. It's called Pūhāhonu (Gardner Pinnacles to Europeans), a part of the Papahānaumokuākea (Northwestern Hawaiian Islands) Marine National Monument, established by presidential proclamation in 2006. The land amounts to an entire six acres, and reaches a height of 170 feet. The island was discovered by a whaling ship, the Maro, in 1820, but I suspect that it was known to the ancient Hawaiians. They had enough navigating skill to realize that other islands lay beyond Kaua'i and Niihau. 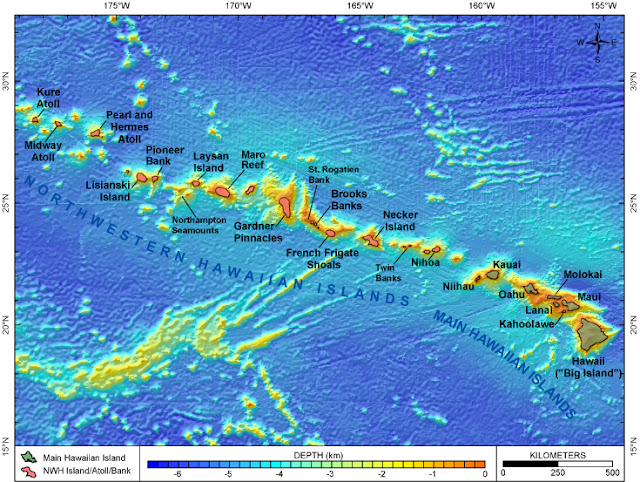 The rocks were erupted about 12.3 million years ago. The island covered more than 900 square miles, based on the present size of the remaining shallow coral reefs, but it may have rivaled the Big Island in size before underwater landslides ate away at the flanks. The height of the volcano can't be easily estimated, but it would have been at least thousands of feet high, maybe much more.

Why is an obscure rock in the middle of the ocean showing up on a blog about Hawai'i? It's just this: it was Hawai'i. Twelve million years ago, the Gardner Pinnacles sat astride the hot spot that is forming the Hawaiian Islands, and it was the "Big Island". But no longer; today it is the last island in the Hawaiian chain that exposes any volcanic rock. An island that once rivaled the Big Island is now a bit of rock that will be gone in a few thousand years. An island that once provided home to thousands of plant species has just one, a Portulaca species. An island that once provided home to thousands of arthropod and other invertebrate species now has a few dozen. The rest of the species are extinct. Dozens of unique species of birds once lived here, only to go extinct as their territory shrunk and disappeared beneath the waves. A dozen or so seabird species live on the island today. It's a Hawai'i that once was. 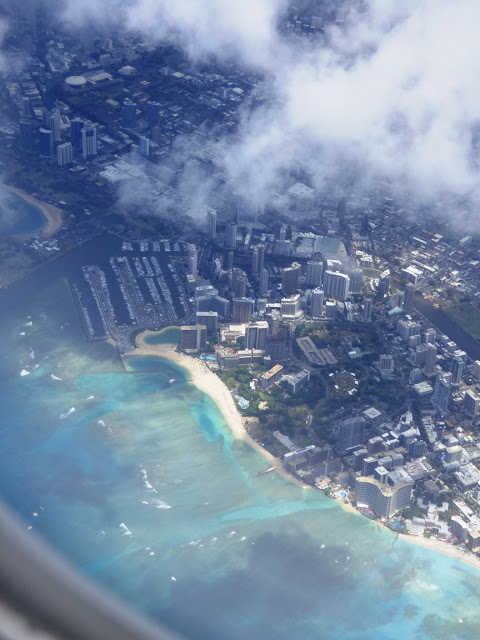 There are many ways to describe a Hawai'i that "once was". I just spent three weeks on two of the islands, Hawai'i itself and Kaua'i, touring the geology and archaeology of this unique landscape. If we seemed to be avoiding Oahu and Honolulu, it was true. There is so little of any of the original Hawai'i to be found on the coastal strip of Waikiki. None of the native plants, or animals, or for that matter, precious little rock (Diamond Head being a prominent exception). But exploring the corners where far fewer tourists go, we had a chance to see something of the Hawai'i that existed before the arrival of the European explorers and missionaries, and even before the arrival of the Polynesian people (and the Menehune). That's the Hawai'i I'm hoping to introduce you to over the next few weeks. I hope you enjoy it!