Record Rainfall in my Little Town 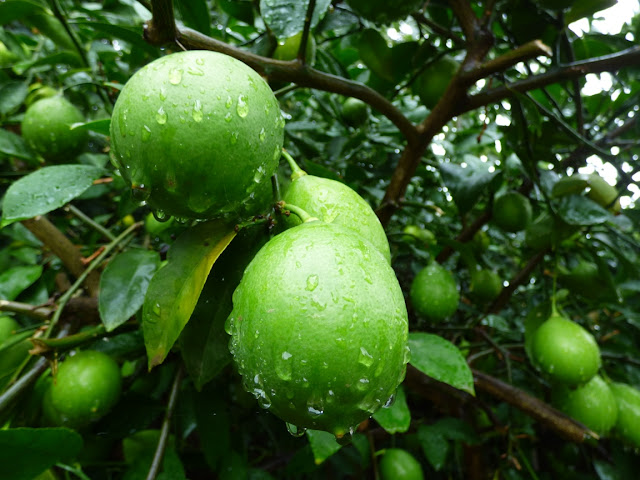 It's been a rainy night. At 1:00PM this afternoon, I've recorded 2.05 inches from a storm that began yesterday evening. Added to the 0.48 inches a few weeks back, we've had 2.53 inches in the month of October. This is 0.01 inches short of the record for the month in my data that goes back to 1991. And we have one more powerful storm due to arrive Sunday (during my scheduled field trip, of course...). We will break the record for October.

This would seem like great news in regards to the drought that has afflicted California since 2011, but such thinking would most definitely be premature. As one can see in the flooding advisory above, the most intense part of this storm is centered right over our area, and other areas may not be receiving as much precipitation. In addition, this storm may not reflect a changed pattern. At least some of the additional moisture was captured from the remnants of a tropical storm, and that sort of thing won't be happening as the winter intensifies. Long range forecasts are not particularly promising for Southern California and the Southwest (below).

Still, there has been rain across the state this week, and I'd rather see rain falling rather than continued dry conditions. It's a start when you can have a fifth of a year's normal rainfall in the bank before November arrives.
Posted by Garry Hayes at 1:38 PM

I'm not sure why this comment ended up in my post about rainfall, but I can try to provide an answer. In some cases, bits of ocean crust are scraped off the sea floor and added to the edge of continents along subduction zones. Sometimes the seafloor sediments are caught between two colliding continents. The rocks are deeply contorted and folded. This is how the rocks of the Alps and Himalayas formed. In the case of the Rockies and Interior Seaway, the rocks were not formed on ocean crust, they were laid down on continental crust during high stands of sea level, which occurred when the climate was hotter than normal (melting the ice caps and raising sea level), or when sea floor spreading was highly active (raising the sea floor and therefore raising sea level). These shallow seas are called epicontinental seas. There aren't any today to speak of, although Hudson Bay is a good analog.

These were deep sea rocks in the Rockies, so they could not be epicontinental seas. I have this from a web page called "Geologic History of the Boulder Area." It said, "The environments suggested by the rocks include the deep sea." I am inclined to interpret the continents as not permanent and likely being continually created directly from the sea. Why should we any longer presume that all the continents had to form all at one time in Earth history?

In the Austrian Alps they found the deep sea fossils. Was that close to edges of colliding continents? I suspect that this kind of thing is not unusual but is widespread enough to indicate continents are continually created from the deep sea.