The Hawai'i That Was: We Arrive on Kaua'i and Find the Beauty of Age We've been working through (off and on) a series on the Hawai'i That Was, an exploration of islands as they were before human colonization, as they changed with the arrival of the Polynesian people, and how they changed when Europeans arrived. The field class combined the disciplines of geology and anthropology, and took place last June. We had spent more than a week exploring the Big Island, and now we were on our way to the northeasternmost of the main islands, Kaua'i. In our last post, we observed how the islands grow older, and quite literally sink as they move off the hot spot that is the source of the lavas that make up the islands. Kaua'i has existed for at least five million years. 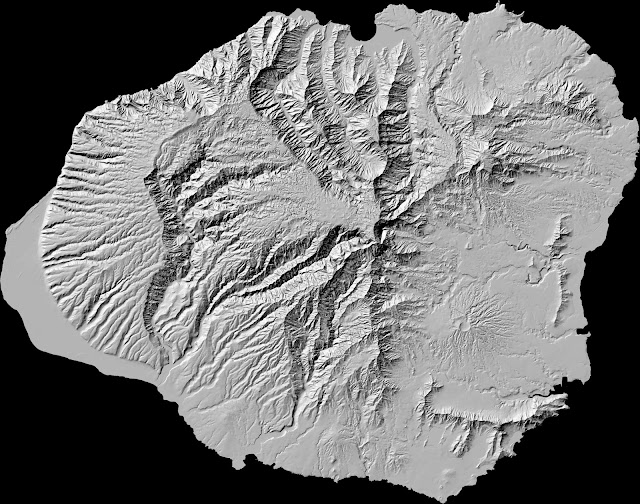 Like people, the older islands show more creases and wrinkles. The island, encompassing 555 square miles, is scored by dozens of deep gorges eroded from the ancient shield volcanoes that once erupted here. It's been tens of thousands of years since any kind of lava flowed here, and gigantic debris avalanches have torn away the margins of the island. It sounds like decrepitude and ugliness, but from a human perspective, the many years of erosion have produced one of the most beautiful places on the planet. 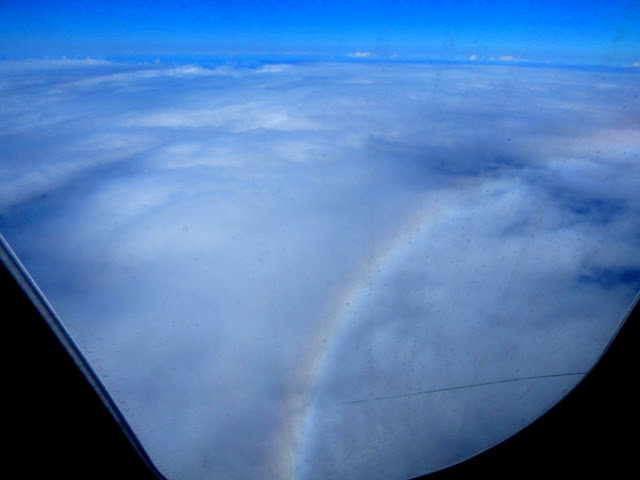 The hints of beauty began as soon as we took off in a rainstorm and looked down on a rainbow as we soared above the clouds. As we banked into our approach to the airport, mountains appeared out of the mist, in a way that reminded me of Sir Arthur Conan Doyle's Lost World, or King Kong's island. 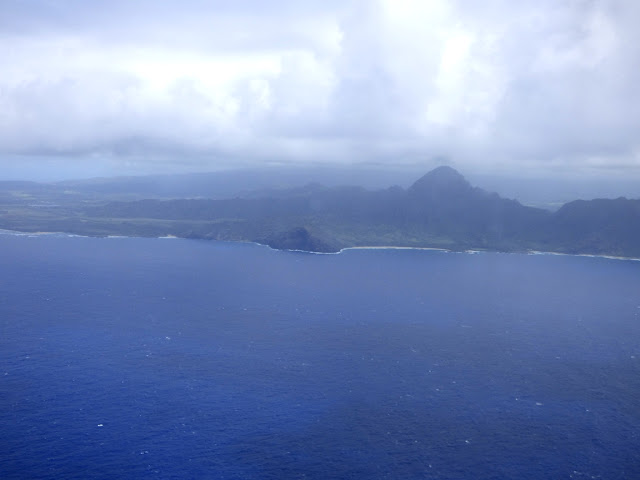 Kaua'i most have one of the most memorable approaches of any airport in the world. The rugged Ha'upu Ridge lies parallel to the flight path (pick seats on the left side of the plane; just sayin'). The mountains are composed of the Na Pali Basalt, which formed the original shield volcano of the island. Large landslides disrupted the shape of the volcano in profound ways, and a second shield grew on the remains of the first. 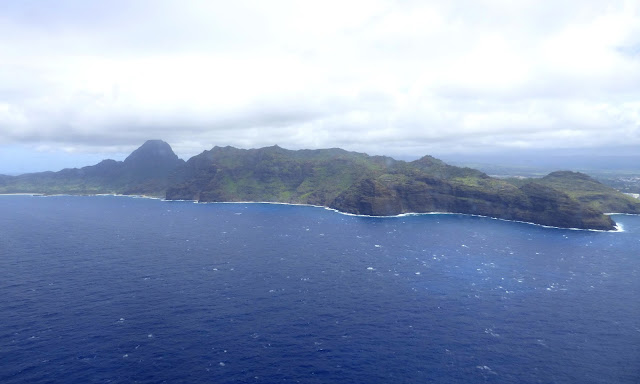 There's a point where we passed very close to the Ha'upu ridge, and we could easily make out the violent surf crashing against the exposed rock. This is an island under attack! The relentless erosion will be removing the island in a short stretch of geological time. To the northeast, the slightly older islands of Necker, Nihoa, and Gardner Pinnacles are all small, far less than a square mile each. In these islands, we see the fate of Kaua'i. But that day is hundreds of thousands of years in the future. 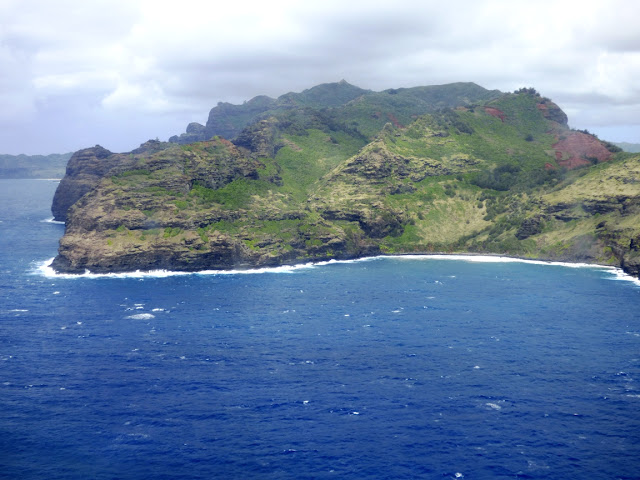 The plane landed without incident, and we got the students situated at the hotel. We realized we had an hour or two to spare before the luau, so Mrs. Geotripper and I headed up the Wailua River, which has for a headwaters the wettest spot on the planet at Mt. Wai'ale'ale. Looking around, we realized we had arrived at a different world. We would have three more days to explore... 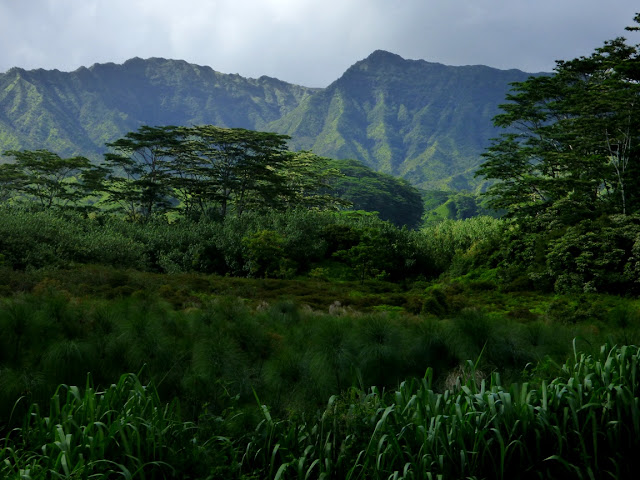