The Importance of a Geology Education: Reflections on a Horrible Disaster in Louisiana (and others to come) 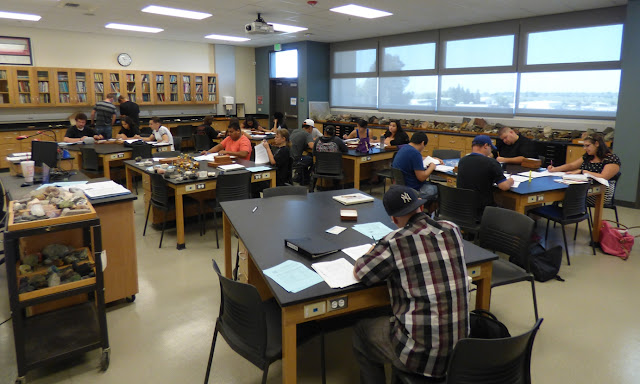 Hey, everyone! Raise your hands if you think a geology course should be REQUIRED of all students! [crickets]. Yeah, I thought so.

Geology classes occupy a somewhat uncomfortable zone within the standard college curriculum. Biology and chemistry are stand-alone majors, but they also provide important support to nursing programs and related health industries. Physics and mathematics likewise support numerous majors. But then there's that list of geology courses: they provide a pathway into employment in such diverse areas as oil and gas development, mining, water resources, parks interpretation, and education. But the number of geology majors is generally small in relation to other programs. And few students are really ever required to take a geology or earth science course as part of a different curriculum, with the occasional exception of a liberal arts degree leading to a teaching credential. Much of the time, geology courses mainly fill the role of general education breadth requirements, one choice among many.

Is there an argument for making geology classes mandatory in a college curriculum? Sure, for one good reason: geology can kill you. Oh sure, biology can kill you, given that whole disease thing, and pandemics, and grizzly bears and mountain lions.  Mathematics and physics can kill you, but usually in the context of a geologic disaster (or standing in the beam of a particle accelerator). I state this in a perhaps humorous vein, but with the burgeoning population of our planet, geologic disasters are becoming more and more commonplace. People are being forced to live in environments that are more and more dangerous, and the geologic events themselves are becoming more intense. Hurricanes and other weather events are being intensified by higher temperatures in the oceans and atmosphere, for instance. Earthquakes are not getting bigger (unless one lives in an area where fracking occurs), but with higher sea levels in the near future, the reach of tsunamis will increase.

How far do we look for examples? This week I am watching dozens of fires burning through hundreds of thousands of acres of California, destroying hundreds of homes. Entire communities have been gutted. The fires are being intensified by an unprecedented drought entering its sixth year (the Colorado Plateau is in the fourteenth year of drought). At least 300 buildings have been lost in the Blue Cut Fire, but I wonder how many people in the area realize they are also living on the San Andreas fault, or that many of the homes in Wrightwood (in the affected area) are built on recent mudflow deposits?

And Louisiana...what can one say about Louisiana? It was just a rainstorm. A catastrophic 1,000 year rainstorm that dropped something like 2+ feet of water from the sky in just a few days. Tens of thousands of homes have been severely damaged, and people have died. A 1,000 year storm...a storm that has a 0.1% of happening in a given year. And yet West Virginia also suffered a 1,000 year storm in July. And there have been others.

My entire train of thought on this topic happened because I came across some articles that stated that only around a fifth of the victims of this week's flooding in Louisiana had flood insurance. My first thought was to wonder how in the world, in Louisiana, that this could be the case? There are many reasons, mostly financial (this is not the richest part of the country). But there are many other factors, too, and lack of education has to be one of them. Of course, there is the Mississippi and other rivers that flood regularly. But there is also the rise of sea level, and the subsidence taking place in the Delta. There are the changes in the intensity and timing of hurricanes and other intense storms due to climate change. People don't understand the risk of living where they choose to live (or where they are forced to live by circumstances). It makes no sense to skip on the insurance. 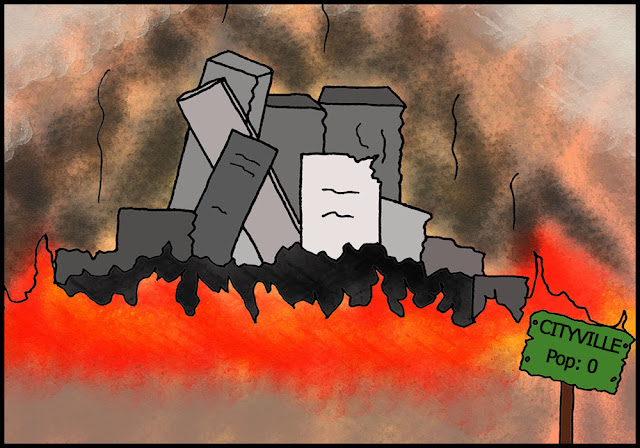 I then thought of California, where of course people are richer and better educated (please note, this is sarcasm, not a statement of fact). It took a few moments to find that only 17% of the residents of our state are covered by earthquake insurance (I strongly recommend reading the entire article). It's not hard to live in denial about the very real possibility of quakes in many parts of the state, but seventeen percent! Earthquake insurance can be expensive, but consider just why that is: these companies are not in the business to lose money, and their actuarial tables are probably a better indicator of the chances of earthquake damage than almost any geologic map (mind you, it's geologists who help calculate the odds that are used in actuarial tables). 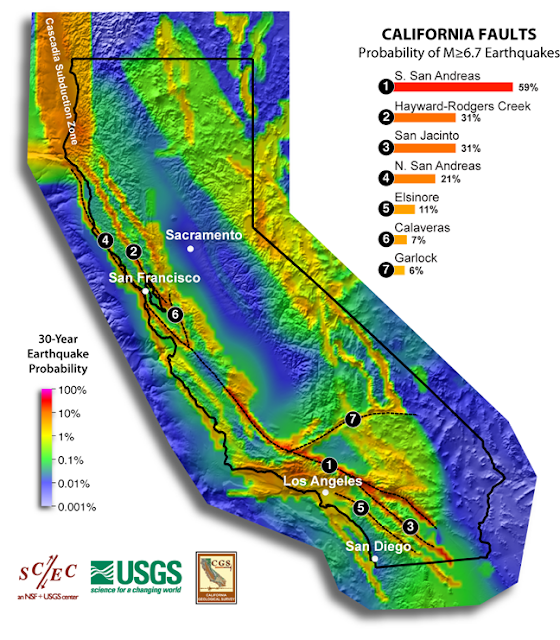 People who live in ignorance also live in great danger. No place in the country is without the threat of some kind of natural disaster. One cannot realistically prepare for a cataclysm if one doesn't know that the possibility of the event exists. Education is the key, and it should be part of the curriculum of elementary and secondary schools as well as college. Community awareness, whether through social media or broadcast media needs to come from sources that are responsible and rational. There is so much CRAP on the internet that anyone could be forgiven for a sense of confusion. One group of ignorant people above all others who need an education in geologic hazards are the politicians. Science is almost never an issue in political campaigns (politicians seem to think we need to be more concerned with saluting flags and where people relieve their bladders). We need leadership at all levels of government to support community education, and to start dealing realistically with geologic threats and climate change (instead of denying that they exist).
Posted by Garry Hayes at 9:15 PM