The Hawai'i That Was: What Happened to the Stones of Pololu? A Look at Pu'ukohala Heiau 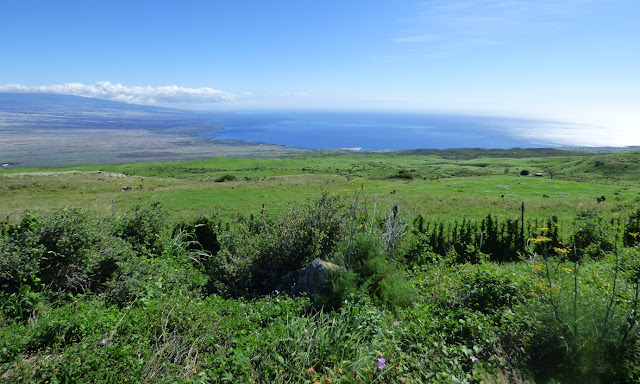 There's a different feel to the north country of the Big Island of Hawai'i. Gone are the sere and blasted basalt flows of recent volcanic eruptions. The older soils of Kohala instead support a luxurious growth of grass that supports a thriving cattle industry. It's lonely country too. There aren't the larger towns like Hilo or Kailua-Kona, just a number of small fishing villages and former sugar cane company towns. The beautiful Pololu Valley, which we explored in the last post, is on the eastern shoreline. It's hard to picture that some of the most momentous events in the history of Hawai'i took place here just over two hundred years ago.

We were high on the flank of Kohala volcano looking at a vast expanse of the Big Island. In the upper center of the picture above, one can just make out the small harbor village of Kawaihae (the white spot on the shoreline is the breakwater). Next to the harbor is an immense pile of rocks forming a terrace that looks out on the Pacific Ocean (check out the zoomed view in the picture below). 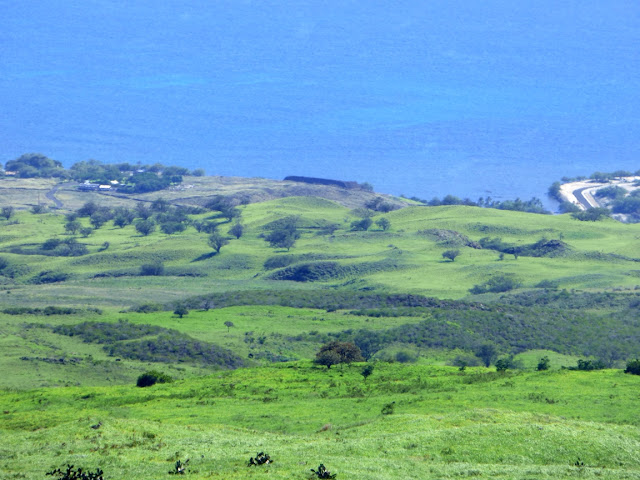 We were looking at the Pu'ukohala Heiau, a massive structure built at the behest of King Kamehameha I in 1790. The construction of the heiau precipitated a series of events that led to the unification of the Hawaiian Islands under a single ruler just as contact was being made with European cultures. It produced a kingdom that would last for several generations before foreign corporations would destroy the sovereignty of the nascent country. 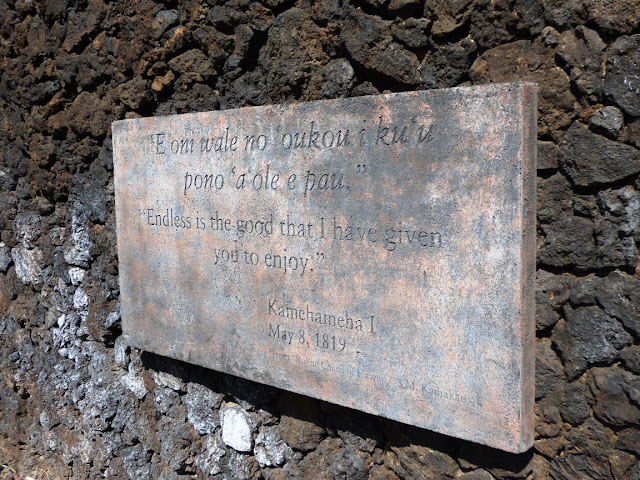 Kamehamea was born about 1758 in the Kohala region. He was born to a relatively moderate position in the heirarchy of Hawaiian royalty, but the legends about his birth suggest he was destined for greater things. Because the prophecies threatened other royal figures, he was hidden away during the first years of his life. He emerged as a powerful young warrior who was present when Captain Cook arrived (and was later killed) on the islands. As a nephew to the king of the Big Island, he was not in line to take the throne. When King Kalani'opu'u passed, he gave the kingship to his son Kiwala'o, but gave custody of the war god Kuka'ilimoku (Ku) to Kamehameha. 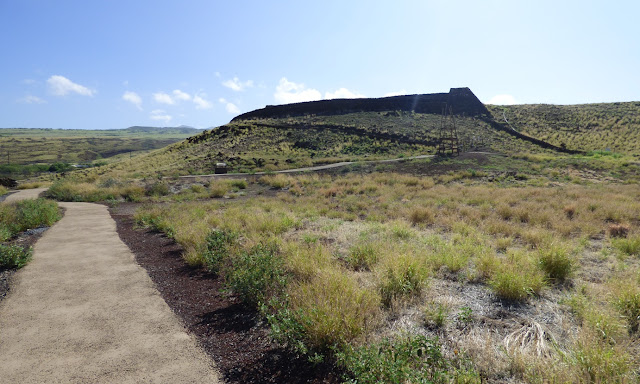 The years following the death of King Kalani'opu'u in 1782 were chaotic, with different chiefs fighting for ownership of the Big Island, with invasions, some successful and some not, of the other islands in the chain. A prophet from Kaua'i told Kamehameha that he need to honor the war god Ku by building a massive heiau. In 1790, the work began. Thousands of Kamehameha's men formed a human chain that stretched for more than 20 miles across the north end of the island to the Pololu Valley, where vast numbers of rounded river stones were available. Hand to hand the boulders were carried to Whale Hill at Kawaihae. The heiau was completed a year later, and Kamehameha's chief rival on the Big Island, Keoua, was invited to the dedication. Keoua almost surely knew that it was his fate to be sacrificed on the altar, and that is what happened. The fighting continued for a number of years, but by 1810, when Kaua'i submitted to Kamehameha's rule (by agreement rather than battle) the islands had been united. Kamehameha lived in Kailua-Kona until 1819, and his descendants ruled the nation until 1893 when corporate forces took control. Hawai'i became a U.S. territory in 1898. 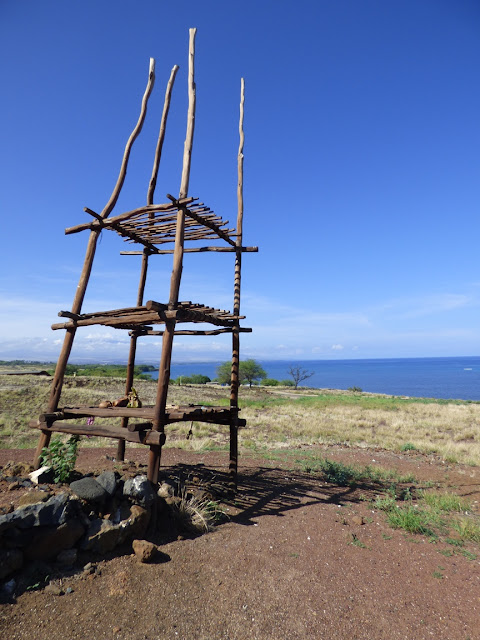 The heiau is quiet today, and is preserved as the Pu'ukohala National Historic Site. There are several heiaus at the park, including the Mailekini heiau, which predates Kamehameha's reign. It was adapted into a fort during the campaigns to unite the islands. There is also a heiau buried in the sands of the harbor, and a "leaning" stone. A paved trail visits the sites, but the heiaus are still used for ceremonies, and casual visitors are not allowed to walk on them.
The northwest coastline of the Big Island of Hawai'i is rich in archaeological treasures. We headed up the coast to see what life was like for the non-royal inhabitants of the island. More on that next time!