The Hawai'i That Was: Have We Got Some Real Estate for You! Exploring Kaloko-Honokohau National Historical Park

If this was a place where someone was trying to sell real estate, the owners would have to make sure that no pictures crept into the brochures. This could very well be one of the most unusual national parks in the entire national park system. Kaloko Honokohau National Historical Park is mostly a barren flow of rugged a'a basalt across the street from the Home Depot, Costco, and an industrial park in Kailua-Kona on the west shore of the Big Island of Hawai'i. It's essentially under the flight path for the Kona Airport, located just up the coast. At first glance, it looks like the kind of abandoned field that occurs on the edge of every town. But it's not.

It helps if one finds out "the rest of the story". The word ahupua'a refers to the land divisions that existed prior to European colonization of the Hawaiian Islands. These were the highly organized tracts of land that were given over to various clans and families, and which allowed the islands to support a population estimated at between 200,000 and 1,000,000 (the present population is about 1.4 million). The tracts of land sloped down from the summits of the volcanoes on the Big Island like the spokes on a wheel, leading to the coastline. Each division included a portion of coast as well as forest lands at the higher elevations. This arrangement provided access to a wide variety of resources. 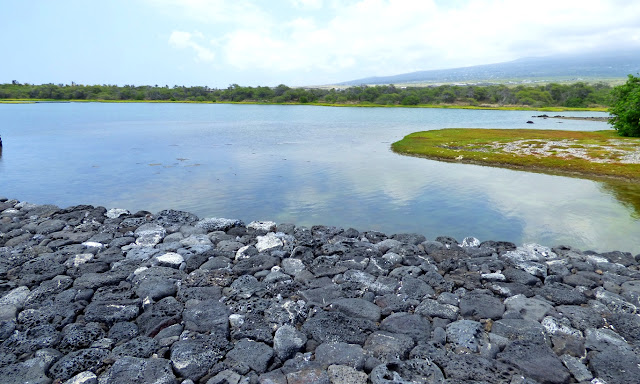 Fish, salt, and coconut were traded uphill, while taro, breadfruit, and wood moved downhill. The production of fish was aided by the construction of fish ponds and fish traps, and several excellent examples are preserved at Kaloko-Honokohau. Kaloko Fishpond (above) has been reconstructed, and provides not only an interpretative site, but also a critical wetland habitat, an environment that has become increasingly rare in Hawai'i as developments overwhelm coastal areas. 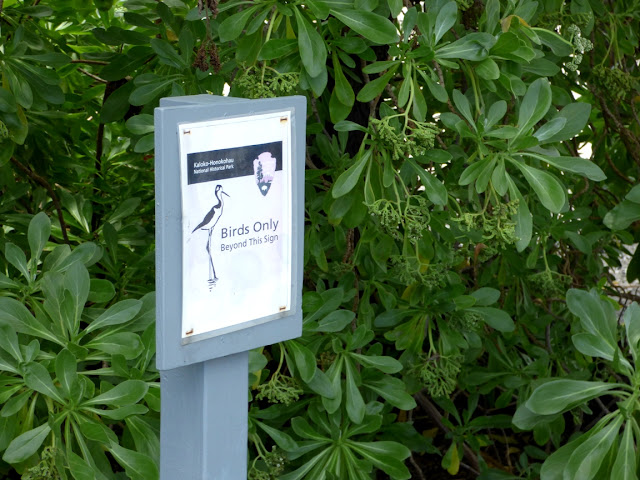 I saw several kinds of birds during our visit, but the most special was the sighting of a Kolea, the Pacific Golden Plover. The Golden Plover is sometimes credited with allowing the Polynesians to discover the Hawaiian Islands. The birds migrate thousands of miles between South Pacific islands to Alaska. The Polynesians would have known they were headed north to some kind of landmass, which may have led to expeditions northward to find the new lands. 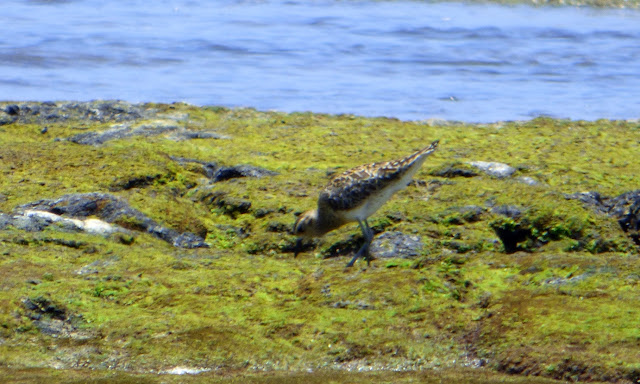 Several hundred people lived in this ahupua'a. It was important that they not only be able to access the highlands from their villages on the coast, but also adjacent ahupua'a, especially in times of invasion or danger. The park preserves several of these "highways", most notably a section of the Mamalahoa Trail, sometimes called the King's Highway. Although it was improved for horses in the late 1800s, parts of the trail are centuries old. 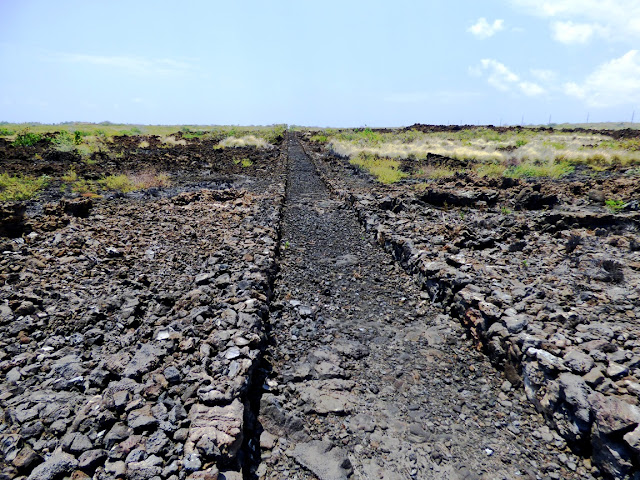 The first picture I put on this post is not much of a selling point about why one would want to visit this fascinating park (volcanologists excepted, of course). The coastal stretches of the park are in fact very scenic, and "sell" the place much better. The Ai'opio Fish Trap and Honokohau Beach at the south end of the park are especially pretty. There is a large sandy beach, along with the remains of the fish trap itself and an ancient heiau. When we visited, the small bay was full of Green Sea Turtles as well. 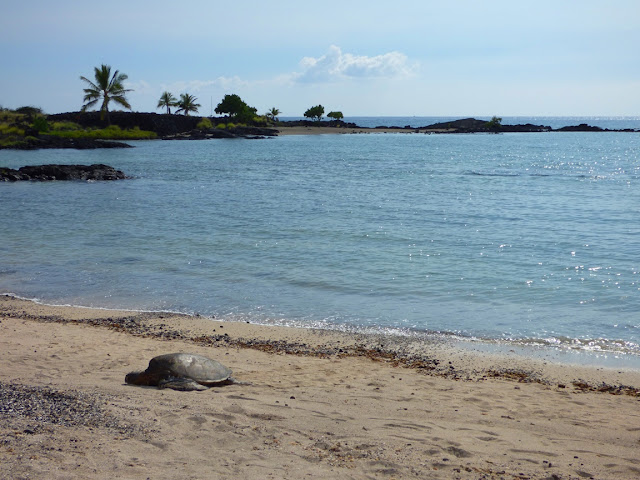 Kaloko Honokohau National Historical Park preserves a piece of the "Hawai'i That Was" that existed in the years prior to European contact. It's almost ironic that the park today, smack in the middle of an industrial area, is rebuilding the natural environment of Hawai'i that existed before the Polynesians arrived, even while preserving the memories and spirit of the Native Hawaiians. 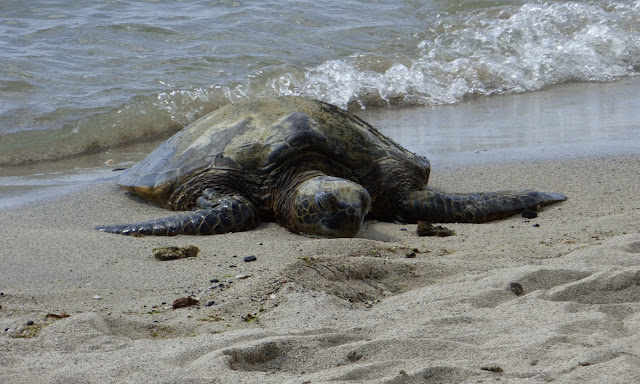