One of the surprises of a visit to a place like Zion National Park is the possibility of seeing some of the rarer large animals. We were taking a "short cut" through the park last week on our way to the North Rim of Grand Canyon National Park. The lower valley was crowded, just as one would expect in the height of summer (not unlike Yosemite). We headed towards the much less crowded eastern entrance road when my son spotted some large animals on the ridge above, maybe two miles up the highway from the Zion Tunnel.
I stopped at the first safe pullout and walked back to try and find them. I didn't at first, but then realized they might have walked over the ridge. I walked up the road and across a rock bench and then saw them across the canyon.
They are well camouflaged. I was photographing just the two that I had spied, and then realized another three were nearby. It was a group of ewes and lambs. 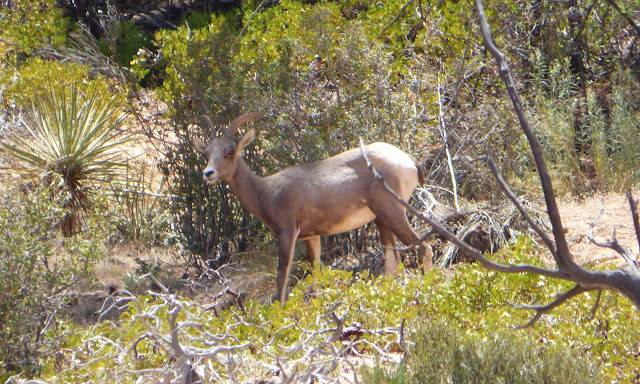 Desert Bighorn Sheep (Ovis canadensis nelsoni) were wiped out in the Zion region in the early 1900s. They were mainly done in by diseases introduced by domestic sheep who grazed the region. In 1978, 14 sheep were re-introduced to the park, and according to the National Park Service, they did poorly at first. They are doing well now, numbering around 400. 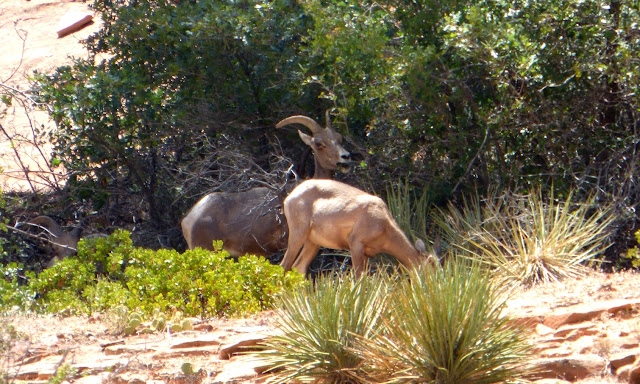 There were once millions of Bighorn Sheep across the desert southwest, so much so that they were a primary food source for the ancestral Puebloan people and other groups. 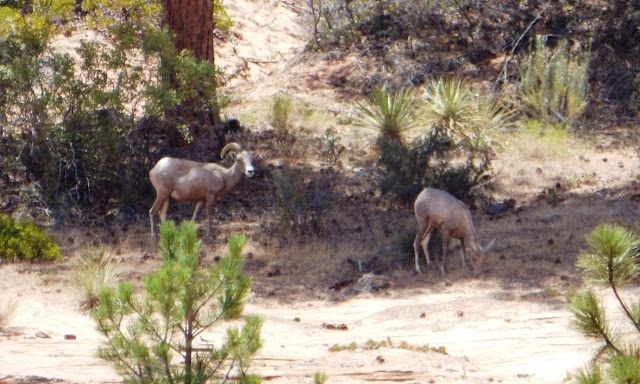 The sheep are one of the most common motifs in the rock art (petroglyphs) found across the American West. Over the years, though, I have seen relatively few live ones. It was wonderful to see them roaming free, back in their ancestral homeland. 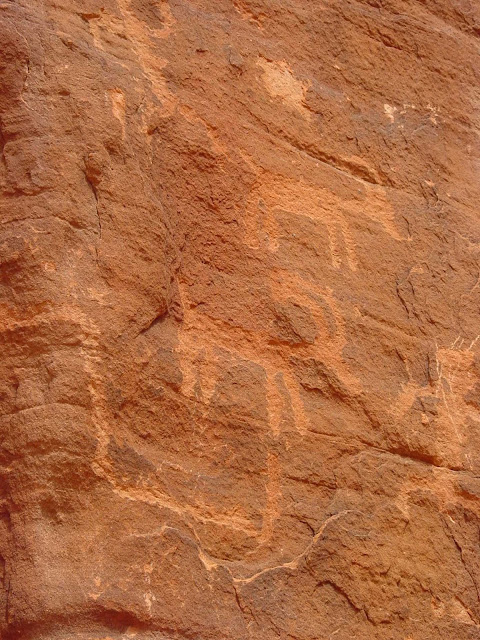