Notes from our Trip to Hades: Heat Wave in California 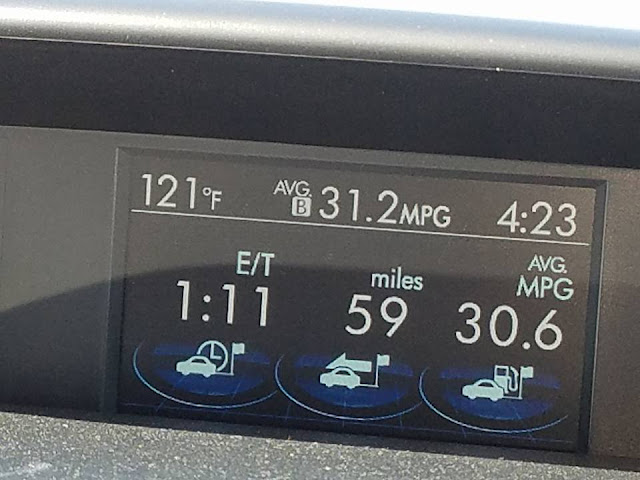 There isn't a whole lot to say, other than to be aware of possibilities when one schedules trips in the southwest in July or August. We are on our way to Grand Canyon, and our route took us through the Mojave Desert during a particularly hot stretch of weather. I know that car thermometers are not at all the same as official weather stations, but mine has been accurate at lower temperatures. We encountered 100° temperatures before 11 AM in the Central Valley, and as we rolled past the town of Mojave, they reached 114°. Barstow was 116°. But that wasn't the end of it. An hour later we rolled into the village of Baker on the northern edge of the Mojave National Preserve, and we briefly tallied 122°. This was "confirmed" by the world's largest thermometer as we rolled past (I cannot vouch for the accuracy of the famous monument). The road began to climb, and we got to do a small experiment on what is called the environmental temperature lapse rate.

The temperature of the atmosphere drops at a fairly consistent rate of about 3.5°F per thousand feet. Our road was climbing from Baker at an elevation of about 1,000 feet, and we would eventually climb to pass at just over 4,000 feet. We would therefore expect to see a drop in the temperature of about 10.5° F. The experiment was a failure. The temperature actually dropped to about 97°F. How could our prediction be so wrong? Lots of reasons, actually. With such hot air at the surface, there was a great deal of convective heating, which was causing air masses to rise. Without going into detail, this introduces a variable called the dry adiabatic lapse rate, an effect related to decreasing pressure that causes the apparent temperature to drop at an even higher rate. It also had rained at the summit, due to convective thunderstorms. In any case, the lower temperatures were a relief.

But only for a few moments. We went over Mountain Pass near the state border, and dropped several thousand feet towards Las Vegas, and the temperature shot back up to 115°F, where it remained as we arrived at our hotel and unpacked. 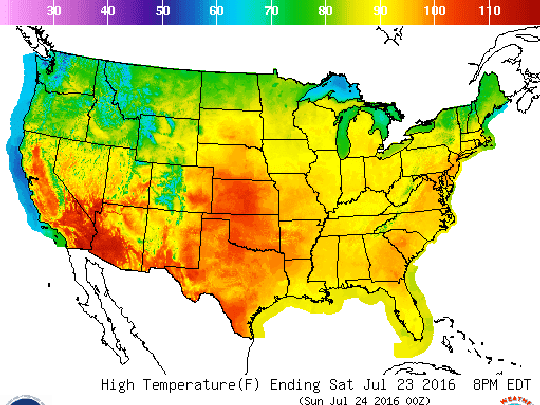 Those who do the science tell us all the time that one cannot lay the blame for a particular heat wave on global warming. It's like blaming any one home run on the illegal use of steroids. But a pattern of increased home runs provides evidence of cheating in baseball. The pattern of increasing incidences of heat waves and the nearly monthly establishment of record temperatures across the globe are providing confirmation of one of humanity's greatest challenges. It might not be so believable in winter when it's cold outside (although it is clear that winters are warmer than ever as well), but the arguments seemed all the more valid today on the road. I worry about the future, and we need our politicians to do the same.
Posted by Garry Hayes at 10:43 PM

It's a chilly 63 this morning and only suppose to get up to 83 today at the North Rim. Will look for you at the campground later today. BTW, there's a presentation by Craig Childs at 8:30p in the Lodge.

Garry, I was in Owens valley this weekend (from OC) and it was sure hot. I took a most memorable first trip to the ancient bristle cone pine forest and could readily identify something unique about the rocks on the way there. I bought a book and read websites to satiate my curiosity. I owe my geologic questioning and limited knowledge to your blog posts. You are a great teacher and inspirer. And to keep it blog-post related, it was quite cooler at 10,500 feet.