A First (for me): River Otters along the Tuolumne River Parkway Trail 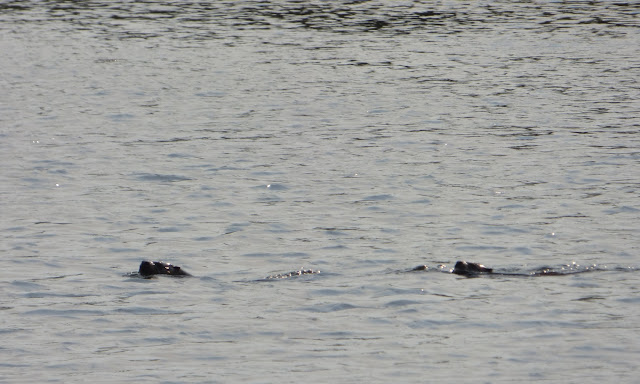 There's a wonderful thing about life and the animal world. No matter how old you are, you can still have the excitement of seeing something for the first time. The planet is so diverse and mysterious that you will never see it all, and so there is always a surprise waiting around the next corner. Even if it is in your own backyard! 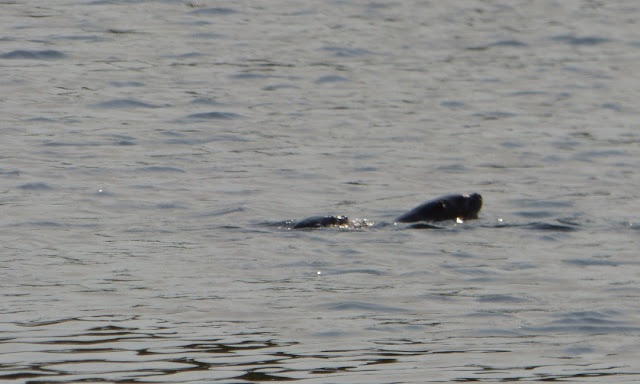 If you have followed my blog for any length of time, you know that I have been extolling the pleasures of having a wonderful river in our town, and the new trail that has been constructed along the water. The Tuolumne River begins high in the Sierra Nevada in Yosemite National Park flowing through stupendously deep gorges before gliding into the Great Valley of California. It flows through the valley, joining the San Joaquin River and finally ends in San Francisco Bay. I live right where the river exits the Sierra Nevada foothills.

The new trail follows the river for two miles, and I walk it every chance I get, trying to document the bird species living along the river (45 so far, but I know there are many more). I've also seen various mammals and reptiles, including a Gray Fox, and a Red Fox. But up until now I've never seen a River Otter (Lontra canadensis). And I've really wanted to see one. I love otters in general (I've seen quite a few Sea Otters), and find great pleasure with their playful attitude towards life, and it drove me slightly crazy knowing that they make the Tuolumne River their home. News was made earlier this year when some otters were seen in Yosemite Valley (on the Merced River) for the first time in decades. So I've been watching for birds, but I always kept an eye on the water as well. 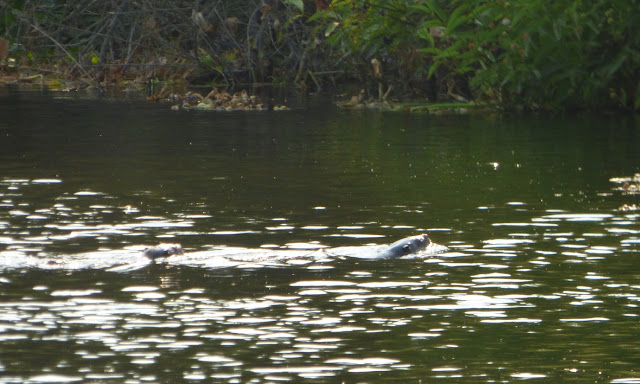 This morning I was at the sewage treatment center outfall (it's not as bad as it sounds, really), hoping to see a Western Kingfisher that I had seen a few days earlier. I saw it, but was distracted by a disturbance in the water just across the river. There was some kind of creature moving through the water. It took a while to get a good look, but eventually I captured a few fuzzy shots of a pair of otters cavorting in the water. It was a great moment! But I'll get better pictures next time... 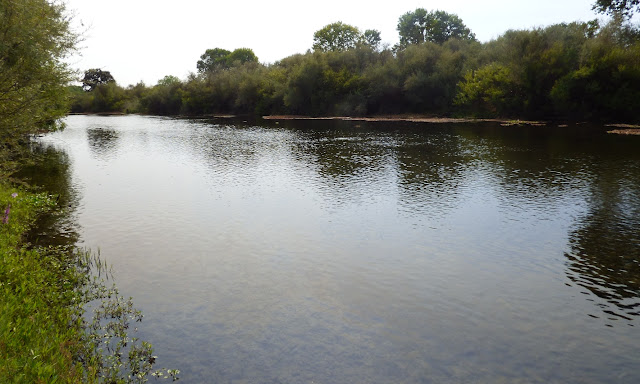