The Hawai'i That Was: Look at the Cute Squirrel! (NOT a squirrel) 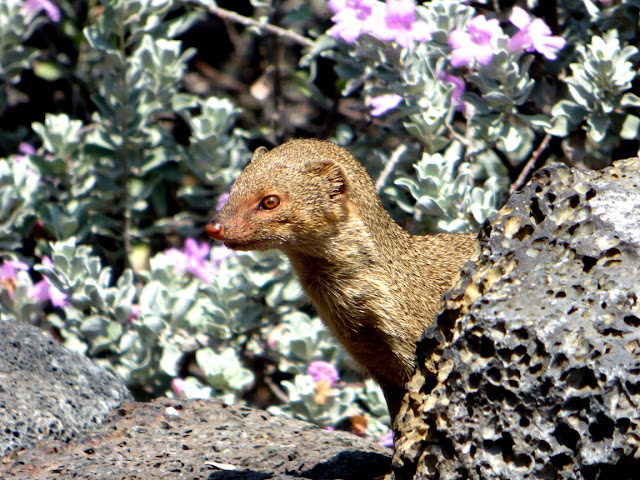 First time visitors to Hawai'i will at some moment see a mammal on the islands. The creature is common enough to be taken as some kind of squirrel, but it most certainly is not one. It's not a rat either, but it is representative of the radical changes brought about by the arrival of the humans on the Hawaiian Islands.

Only two mammals were present on the Hawaiian Islands before the arrival of the Polynesians a thousand or more years ago: the Hawaiian Hoary Bat, and the Hawaiian Monk Sea. It's not difficult to understand why: it's hard for any creature that can't fly or swim to get to the islands. Animals have been known to float on mats of vegetation across seas, but it has not happened in Hawai'i. The Polynesians brought animals with them when they colonized the islands, including pigs and rats. Goats, sheep and cows arrived with the Europeans in the early 1800s. They had a devastating effect on the native ecosystems of the islands, but this "cute" squirrel-like animal stands out. It's the Small Asian Mongoose (Herpestes javanicus). 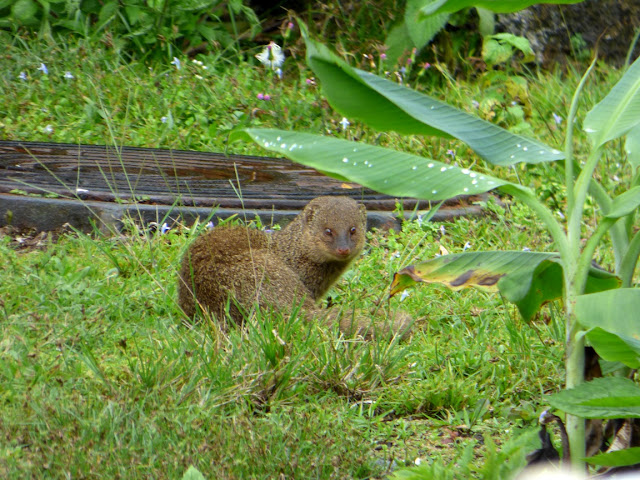 Sugar cane production became a mainstay, for better or worse, of the Hawaiian economy in the 1800s, but the rats and other pests, mainly insects, wreaked havoc with the cane fields. Common Mynas were introduced in 1865 to deal with the insects, but in 1883 someone had the idea of introducing the Mongoose to chase down the rats. It didn't work. The rats were active at night while the mongooses hunted in the daytime. They did little to control the rat population, but they turned out to be devastatingly efficient predators of the native bird species of the islands, especially the endangered Nene (Hawaiian Goose), the Hawaiian Crow, and Petrels. They prey on the eggs of the endangered Green Sea Turtle as well.

The mongooses run rampant on the Big Island, Mau'i, and Oahu, but were never released on Kaua'i or Lana'i. Efforts are made to trap them, but they are simply too widespread and populous for there to be much hope of containing them. These actions are concentrated on Kaua'i where one was captured in 2012. In their natural habitat in Asia, their predators include snakes, hawks, jackals and storks. Snakes and jackals would be an even worse disaster on the islands (the Brown Tree Snake eliminated nearly all the native birds of Guam). There is a native Hawk on the islands, but there are not nearly enough of them to control the mongooses, and mongooses actually prey on the young hawks at times. 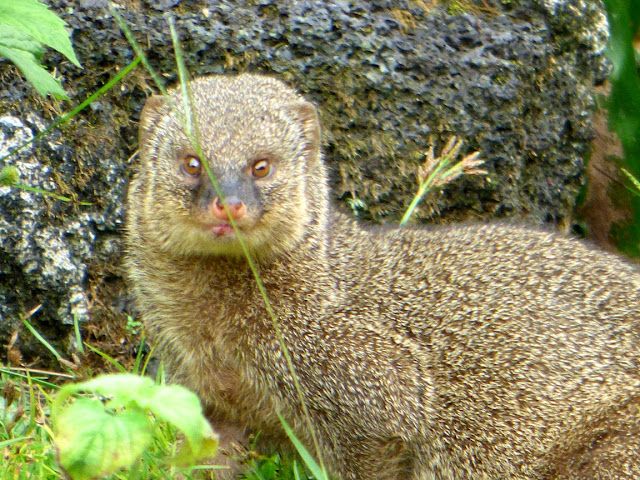 The rats may have been introduced as a food source, or they were stowaways, but they had a horrible effect on the plants and animals of Hawai'i. The mongoose was introduced to control the rats, but they didn't. There are feral cats and dogs on the islands now. It almost sounds like a childhood song...

In case you don't know the song, we eventually end with a horse, and she's dead of course...

"Now the people are scratching
all over the street
because the rabbits
had nothing to eat."
http://www.oldielyrics.com/lyrics/pete_seeger/the_people_are_scratching.html

That was a great song, one of the earliest environmental ditties!

I grew up with that album, "God Bless the Grass," and that was my favorite song on it. When I was student teaching, I sang and played it for 4 or 5 of the 7th grade life science sections-- apparently the kids were driving other teachers nuts with it for days afterwards.