This is One Really Big Underground Cavern...The Miao Room in Gebihe Cave

Maybe you've noticed, but I'm not commonly known to promote commercial enterprises here at Geotripper. Spam comments get immediately squashed, and book reviews and commercial links are very rare. But sometimes, something very spectacular crosses my virtual desk. National Geographic asked if I wanted to link to one of their stories, and I usually pass, but this was pretty incredible.

The story is in part about the laser imaging of the Miao Room in Gebihe Cave in China's Guilin Province. This landscape has fascinated me for a long time, even before my geology education. I have a vague memory that it might have been part of one of Disneyland's 360 degree round movies decades ago, and I have perked up whenever a movie uses the region as a backdrop. The new National Geographic issue (July 2014) has some incredible pictures of the explorations underground in the region, including the imaging of the second largest underground opening in the world, equivalent to 22 football fields. Some of the stalagmites on the floor of the cave are 150 feet high! Please check out this link for an absolutely stunning "fly-through" of the cave (scroll slowly, and be amazed!): http://www.nationalgeographic.com/china-caves/supercaves/

I toured Carlsbad Caverns once, and realized that day that there are caves, and there are caverns. Exploring the caves of the Sierra Nevada is an incredible experience, but those caves are close and intimate. A place like Carlsbad, with the ceiling of the cave 300 feet above, so far away in the darkness that it mostly can't be seen, is an otherworldly experience. I look at the laser imaging of the Maio room and can only be in awe; the ceiling of Maio is more than twice as high as Carlsbad!

So, there, I have promoted a National Geographic article, for the first time. I don't mind doing so, because National Geographic is no doubt one of the reasons I became a geologist. I still have vivid childhood memories of reading the article about the 1964 Alaska Earthquake, and early articles about Mt. Everest and Leakey's discoveries in Olduvai Gorge. They make their copyright requirements just onerous enough that it has to be a really spectacular article, and this met my specifications. One last requirement is that I have to show the cover of the latest issue, so here it is: 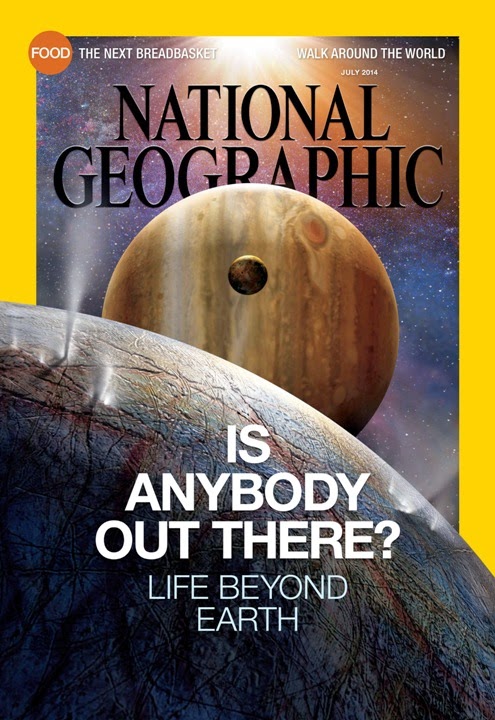 Worth the requirements, Garry. I also grew up on National Geographic, entranced by the world out there... mountains, rivers, caves, seas, so much to see. This article is simply wonderful - awe-inspiring! Thanks for sharing it with us.